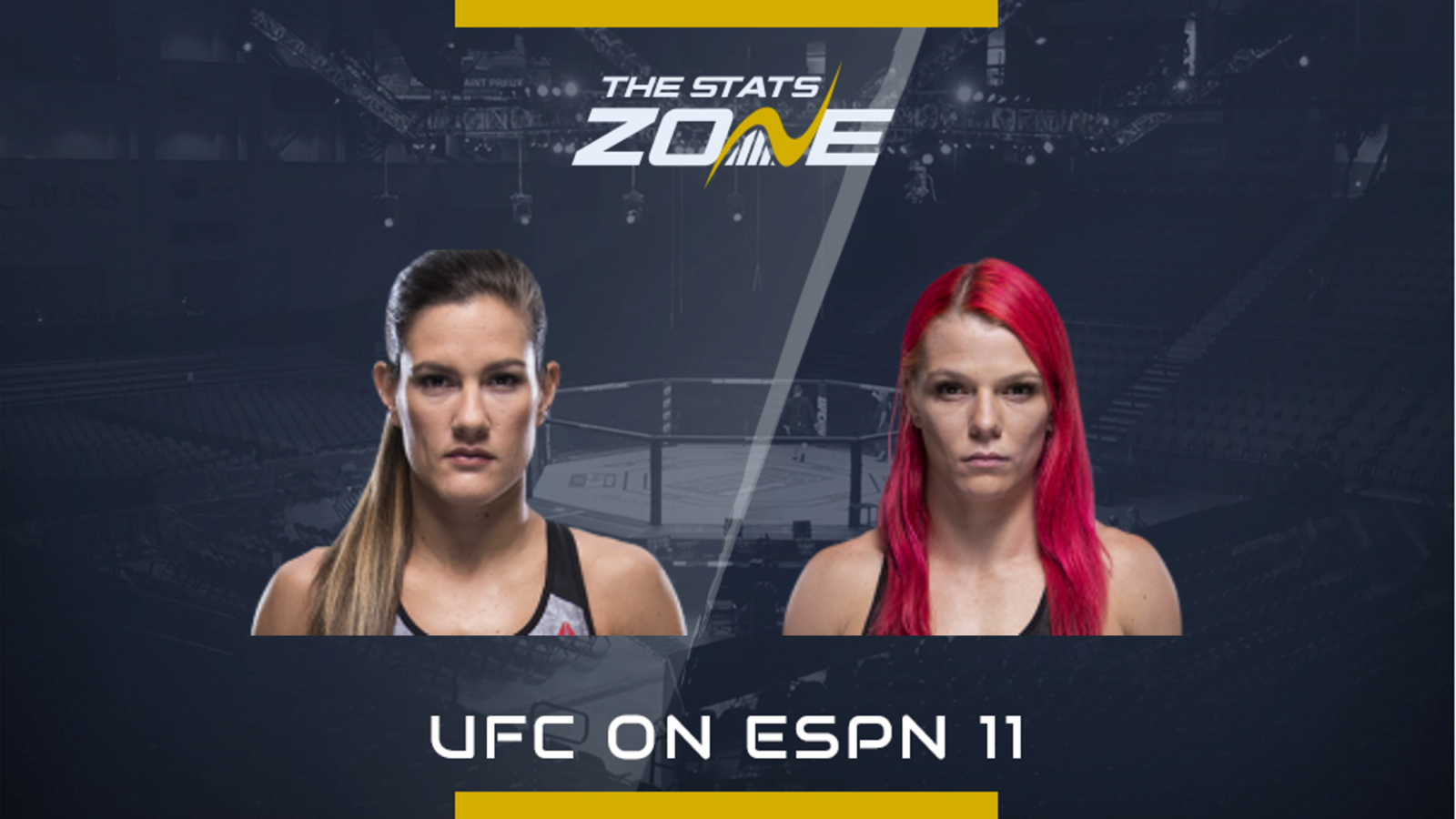 Cortney Casey is coming off a Performance of the Night victory over Mara Romero Borella at UFC on ESPN: Overeem vs Harris just five weeks ago so she will be confident ahead of this bout. She has shown marked improvement in her last few fights with two wins and just one solitary defeat at the hands of the impressive Cynthia Calvillo back in February 2019. Since that defeat to Calvillo, she has seen several fights cancelled so she has not been as active as she would have liked, but she will be ready for battle here.

Gillian Robertson’s fights have been pretty explosive in recent times with only three of her 11 pro fights going to the scorecards which is a relatively low ratio. She will have to bounce back from a tough TKO loss at the hands of Maycee Barber last October. She was scheduled to face Taila Santos here but she dropped out due to unspecified reasons so she will have to adapt to the change in opponent.

Something will have to give here as six of Cortney Casey’s last seven bouts have gone the distance, while none of Gillian Robertson’s last seven fights have gone to the scorecards. Five of Robertson’s seven wins have come via submission and that is clearly her best route to victory. With Casey having a quick turnaround in bouts and perhaps not being able to prepare as well as she would like, a Robertson win via submission is just favoured here.