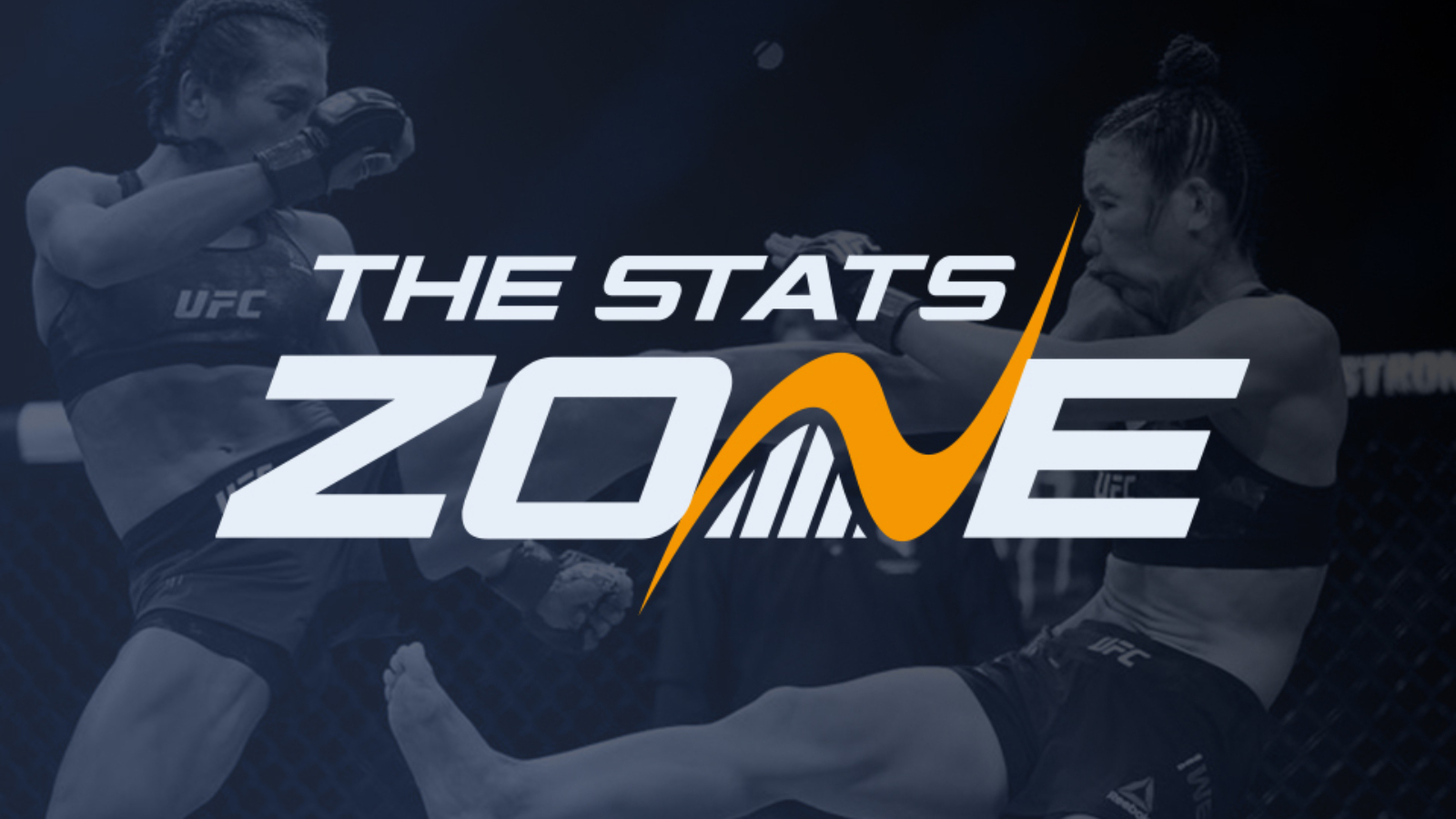 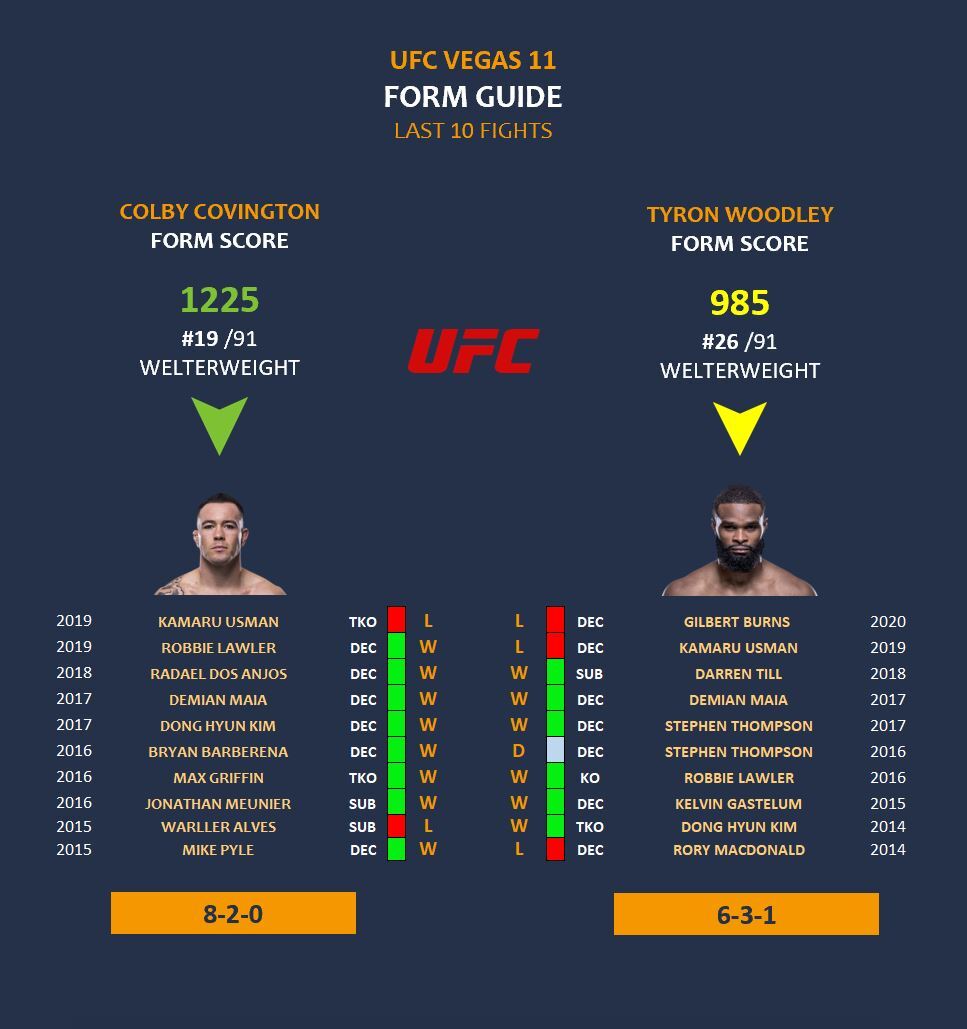 After a lengthy spell of sitting at the top of the welterweight form table with Kamaru Usman, the champ finally knocked Colby Covington off his #2 perch in that epic title fight. Covington has slid down the table, but that super impressive winning streak means he is the highest ranked welterweight coming off a loss.

Tyron Woodley is the highest ranked fighter coming off two losses all due to his title run and reign. The form that saw him as one of the most in form pound-for-pound fighters in the UFC is a distant memory based on his last two fights where Usman and Gilbert Burns schooled him in decisions.

This all depends on what Woodley turns up. The Woodley that we have seen in his last two outings will get outworked, out grappled and beaten up for five rounds. We know exactly what to expect from Covington and that will be a relentless, suffocating pace for a full five rounds breaking his opponent down with wrestling and constant combinations.

Woodley has exceptional takedown defence and knockout power, but we did not see any of that against Usman and Burns. Woodley has to let his hands go and his explosive rush forward with punches and that monster right hand will have to come out, at least to break the pace of Covington. He is more emotional going into this which may help him but any hesitancy to pull the trigger will land him another lacklustre decision loss.