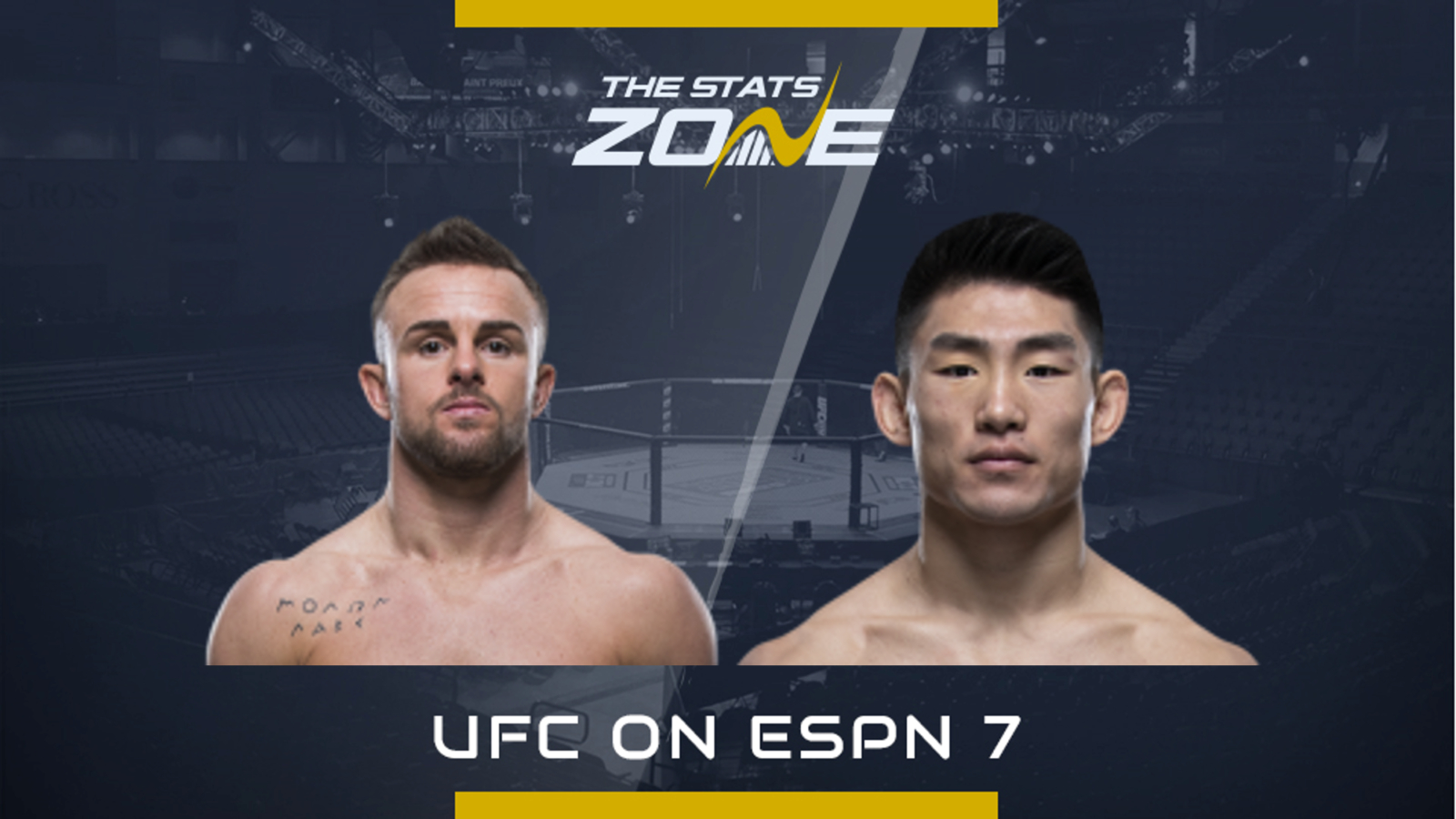 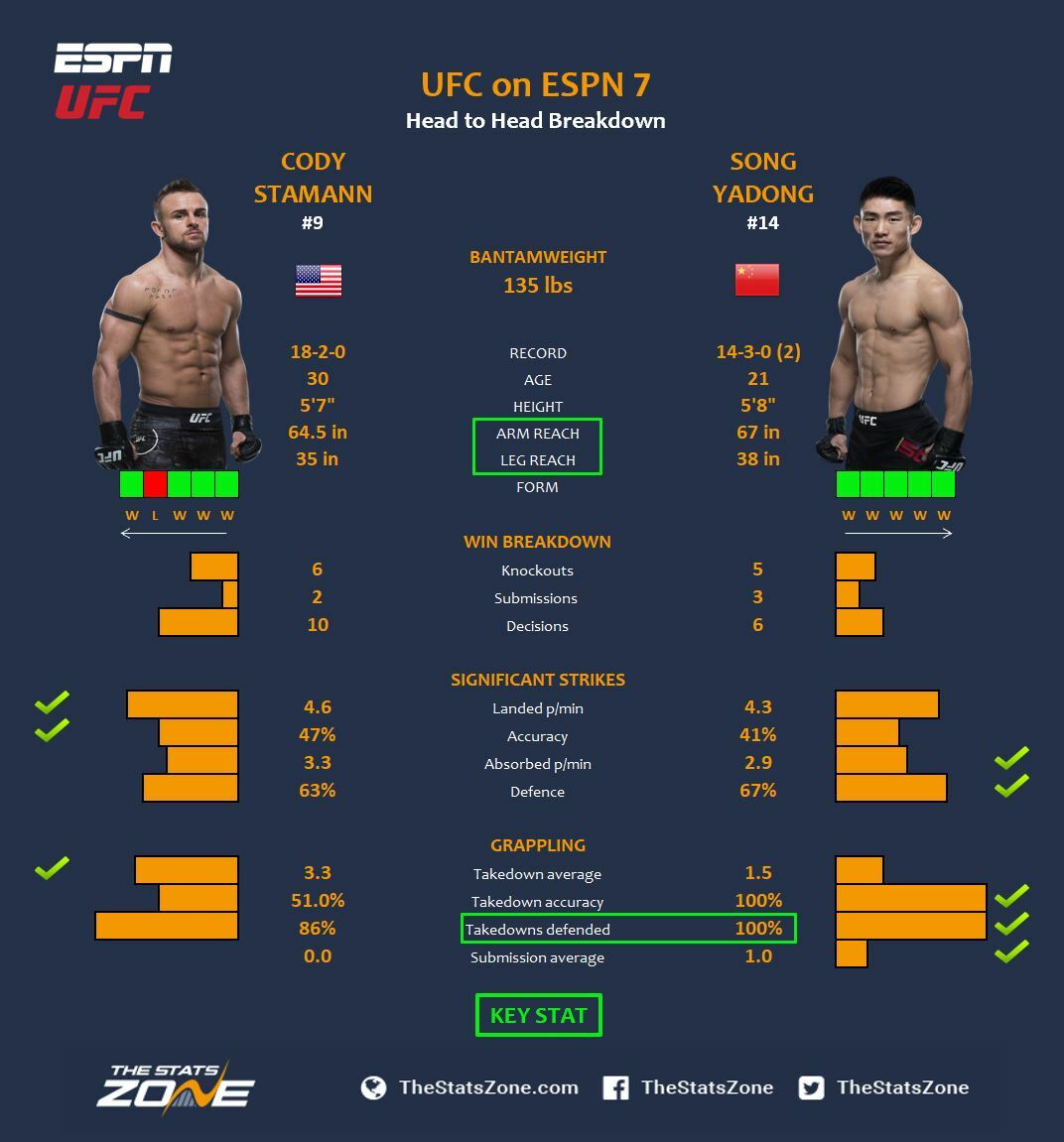 The Team Alpha Male prospect Song Yadong returns to the octagon to take on Cody Stamann who has only lost once in his last 12 fights.

That loss came after Stamann won his first three UFC bouts which stretched his impressive record to 17-1. He met Aljamain Sterling who gave him a taste of the elite with a crazy-rare submission called the Suloev Stretch. However, Stamann got back to winning ways in his last outing earning the 10th decision of his career against Alejandro Perez.

Yadong is also coming off a win over Perez but a far more impressive first round knockout. The Chinese native is only 21 years old but performs like a veteran, winning his last seven fights with five finishes.

This will be a high-calibre and fast-paced scrap. Both fighters are very technical but Yadong is more explosive with knockout power. That said, Stamann is very tough and has never been knocked out. If Yadong cannot find a knockout, Stamann will test his cardio and look to take him into deep waters with clinches and takedown attempts but only if he remains patient and is prepared for an even more dangerous version of Yadong.