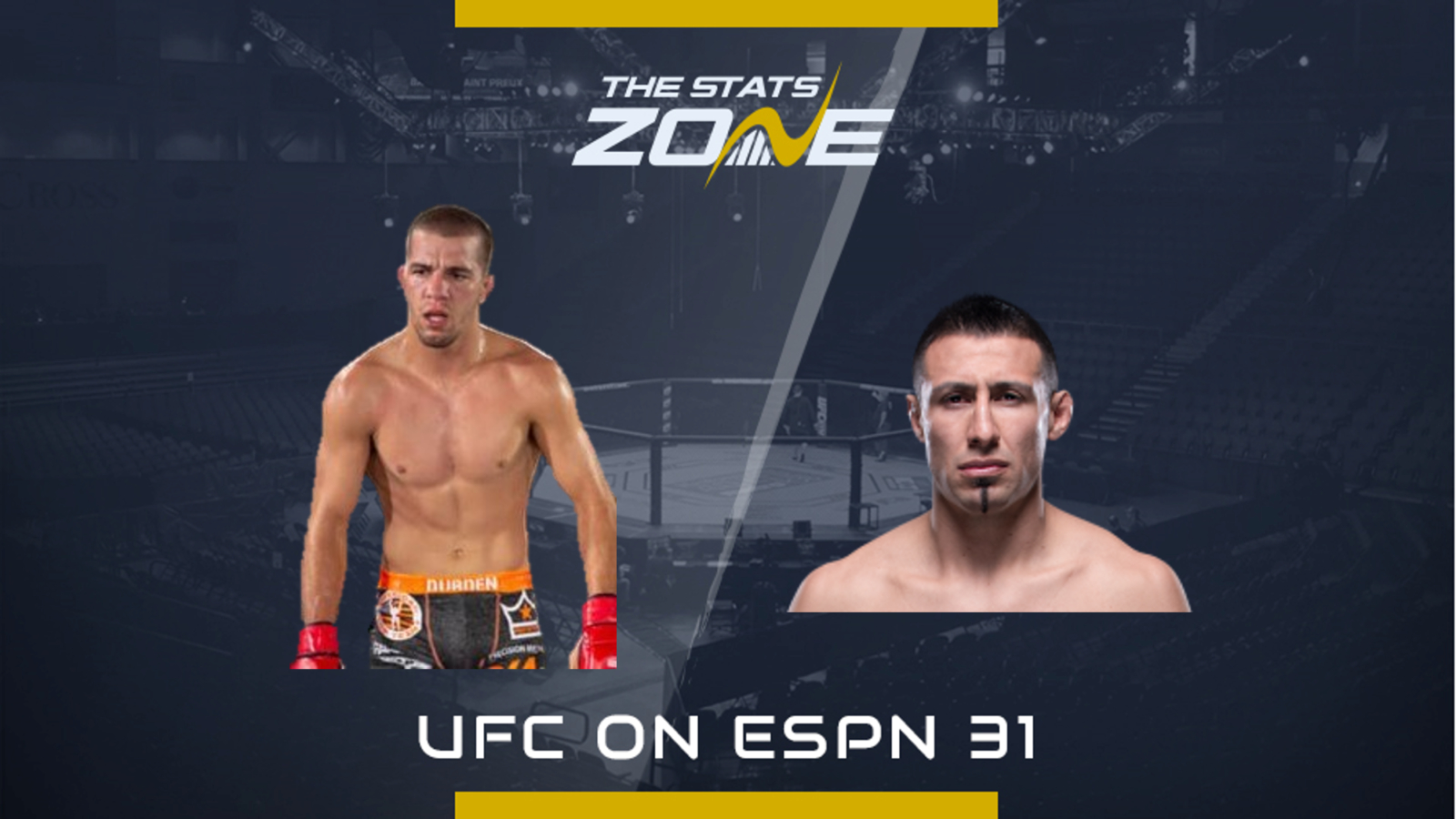 American Top Team fighter Cody Durden makes his UFC debut as he brings an 11-2 record into the Octagon. Five of his wins have come KO/TKO and five via submission as he is constantly looking to end his fights although that can sometimes lead to openings for his opponent to take advantage of. Eight of his wins have come in the opening round of his fights and he is riding a seven-fight win streak coming into this fight.

Chris Gutierrez was slated to face Luke Sanders but that fight fell through so Cody Durden stepped up on a couple of weeks’ notice in what will be Gutierrez’s fourth fight in the Octagon. Gutierrez has a 15-4-1 record but looks to be improving with each fight and he has won all three bouts in the UFC after he lost in The Ultimate Fighter prior to that. His last victory came via TKO as his leg kicks halted Vince Morales and he will look to build further on that here.

Chris Gutierrez has been impressive since coming into the UFC and he will be confident of a fourth successive win here. He faces Cody Durden who has an 11-2 record but the quality of opponents he has faced are notably inferior to those which Gutierrez has faced. Gutierrez marks a major step up in class for Durden and after taking this fight just two weeks ago, he may find this a step too far.