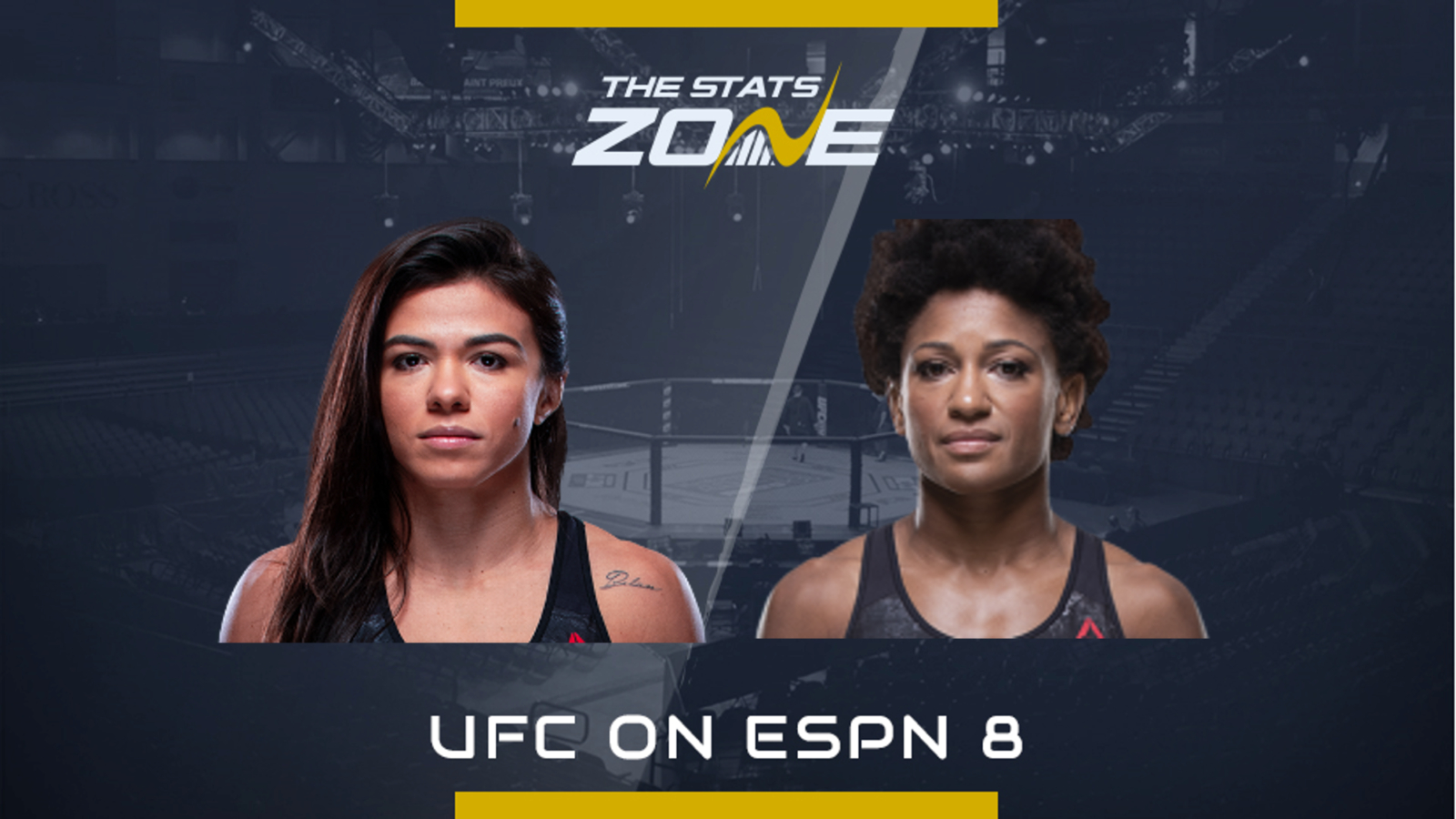 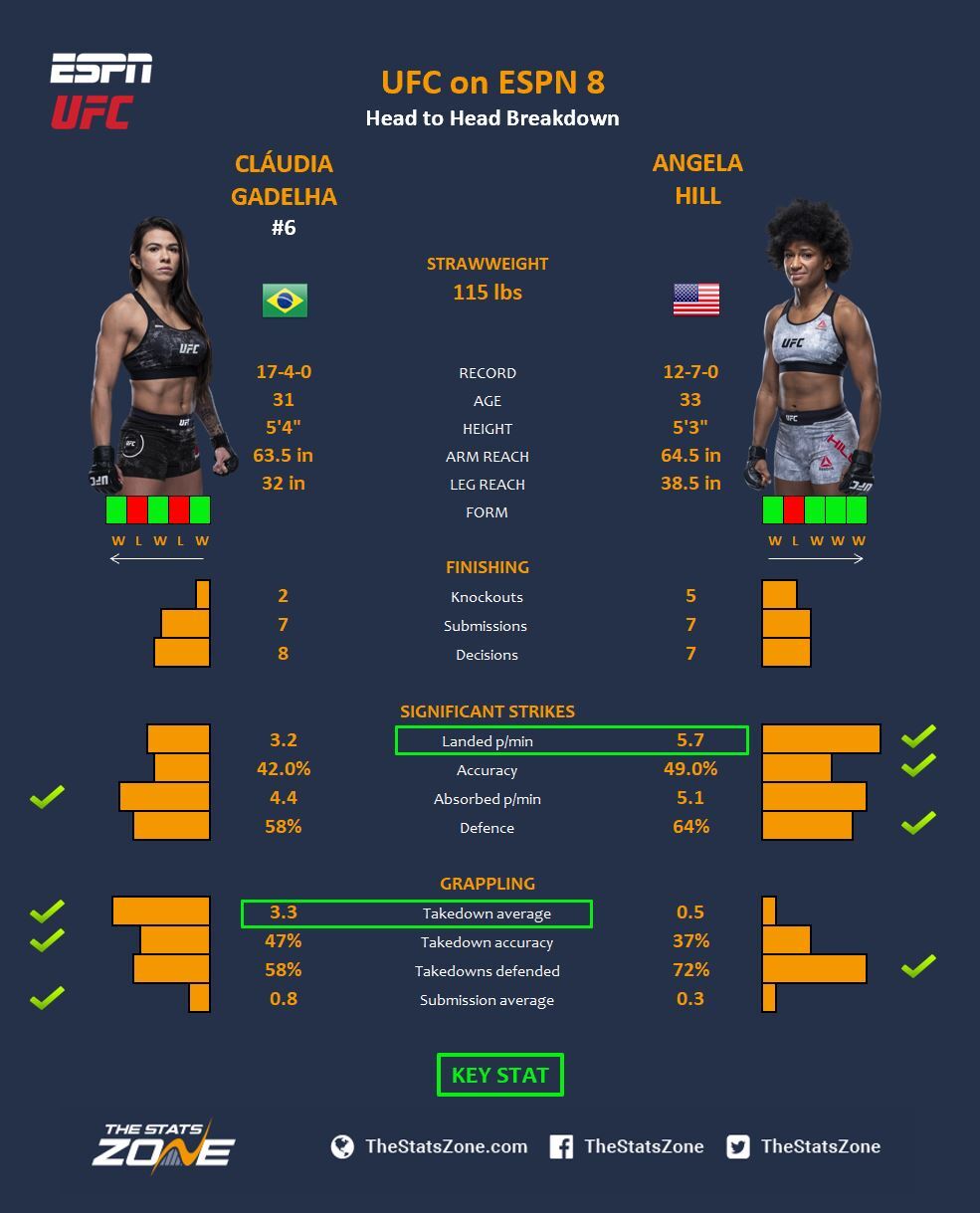 Claudia Gadelha and Angela Hill provide a fantastic match-up for the co-main event at UFC on ESPN 8.

Gadelha is just happy she has a fight as she has had her last three bouts fall through. She pulled out of her fight with Cynthia Calvillo due to injury, Alexa Grasso missed weight badly for their fight at UFC 246 forcing it to be cancelled and her fight with Marina Rodriguez in April also fell through with Covid-19 responsible this time. Even the elite struggle for winning streaks in the strawweight division and Gadelha is no different. Despite wins against Karolina Kowalkiewicz and Carla Esparza, she has stumbled against Jessica Andrade and Nina Ansaroff. She only fought once last year but it was an impressive decision over over Randa Markos and now she is desperate to build some momentum.

Hill has been far more active with four fights last year and two already in 2020. She got submitted by Markos, responded with a decision win over Jodie Esquibel but lost another decision to Yan Xiaonan, falling victim to the strawweight gauntlet. However, she is now on a three-fight win streak and has never looked better with two TKO’s over Ariane Carnelossi and Hannah Cifers and she is coming off a great unanimous decision win over Loma Lookboonmee.

Hill is in her prime right now and her striking is at its dynamic best whereas Gadleha has struggled for the consistency that earned her a title shot. This will be a battle of Gadelha’s grappling and Hill’s striking.

If Hill can avoid the takedown for three rounds, she has the speed, power and technique to pepper the Brazilian. Gadelha is a decent striker herself, but she is expected to rely on her bread and butter and get Hill to the mat. She has the jiu-jitsu to get to the finish but she will have to work hard to get Hill to the ground.