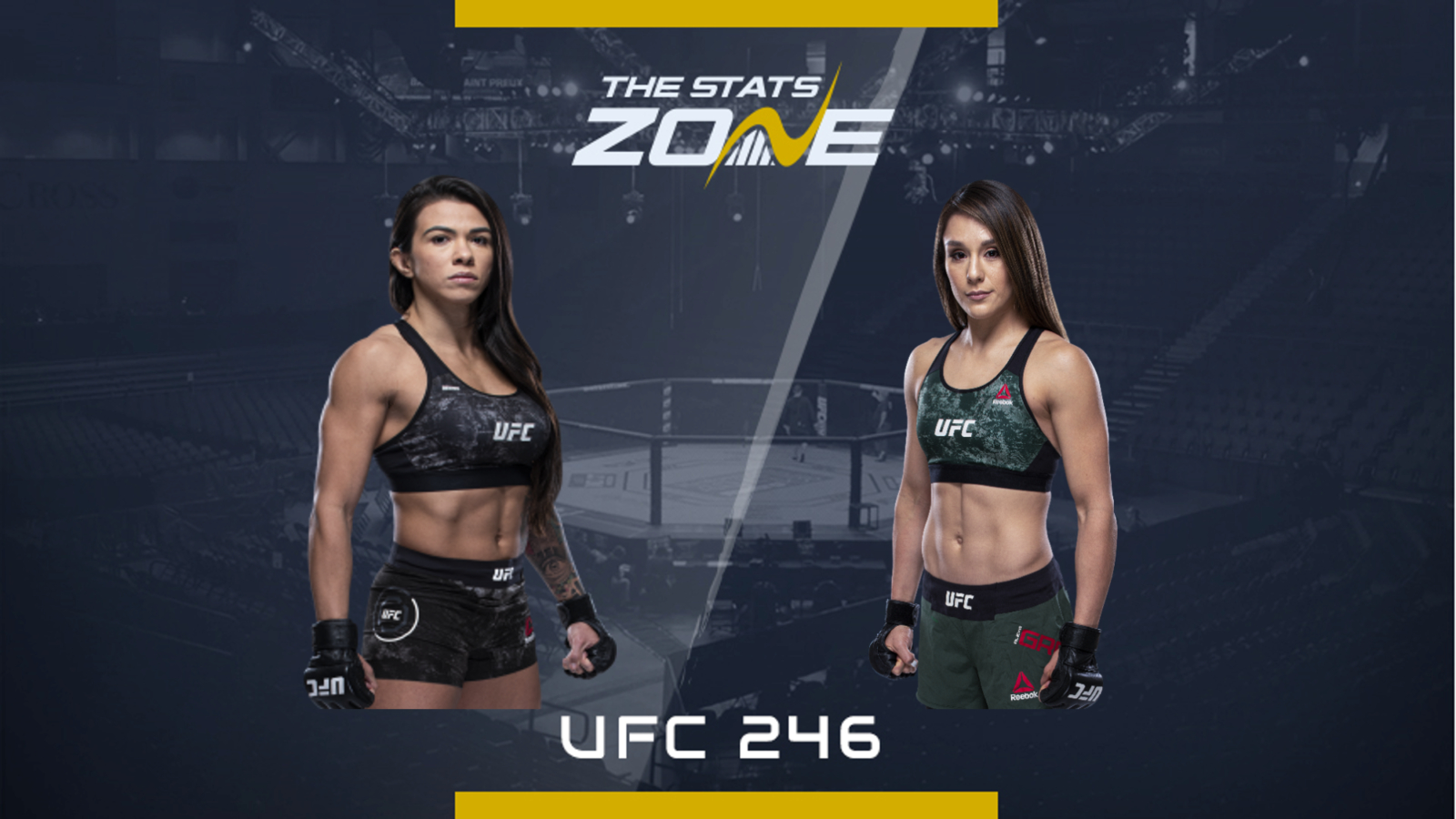 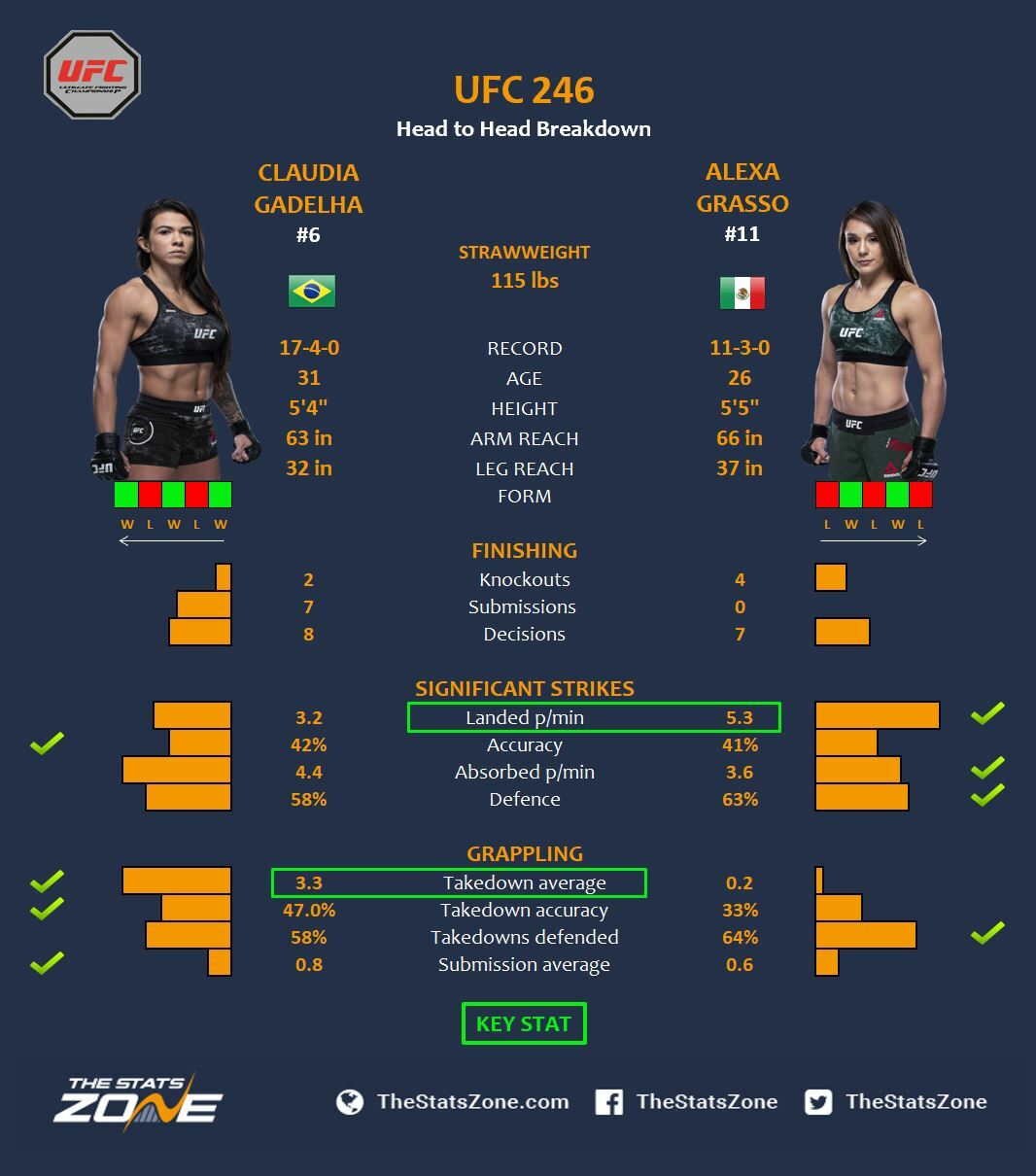 Claudia Gadelha and Alexa Grasso lock horns at UFC 246 hoping to progress up the rankings in a division that has become excitingly stacked.

Gadelha was originally scheduled to fight Cynthia Calvillo at UFC on ESPN 7 but was forced out with a bad ankle injury. However, she has made a quick return and hopes to string two wins together after outclassing Randa Markos in response to losing a decision against Nina Ansaroff.

Grasso is looking to bounce back after a loss herself. She was out-grappled by former champion Carla Esparza which has stifled her rise. Her three losses have come to top-tier wrestlers, but she continues to evolve and looked like a future title contender with her stand-up performance against Karolina Kowalkiewicz which she will help to build upon in this one.

If the fight remains on the feet, we should expect Grasso to enter as an even more finely tuned striker and use her excellent timing, speed and movement to pepper Gadelha at will.

However, Gadelha is one of the best grapplers in the division and even has a win over Esparza. If the Brazilian is healthy, she is expected to take the fight away from the Mexican by keeping the fight on the mat. Grasso is capable of surprising, but this is not a god match-up for her.