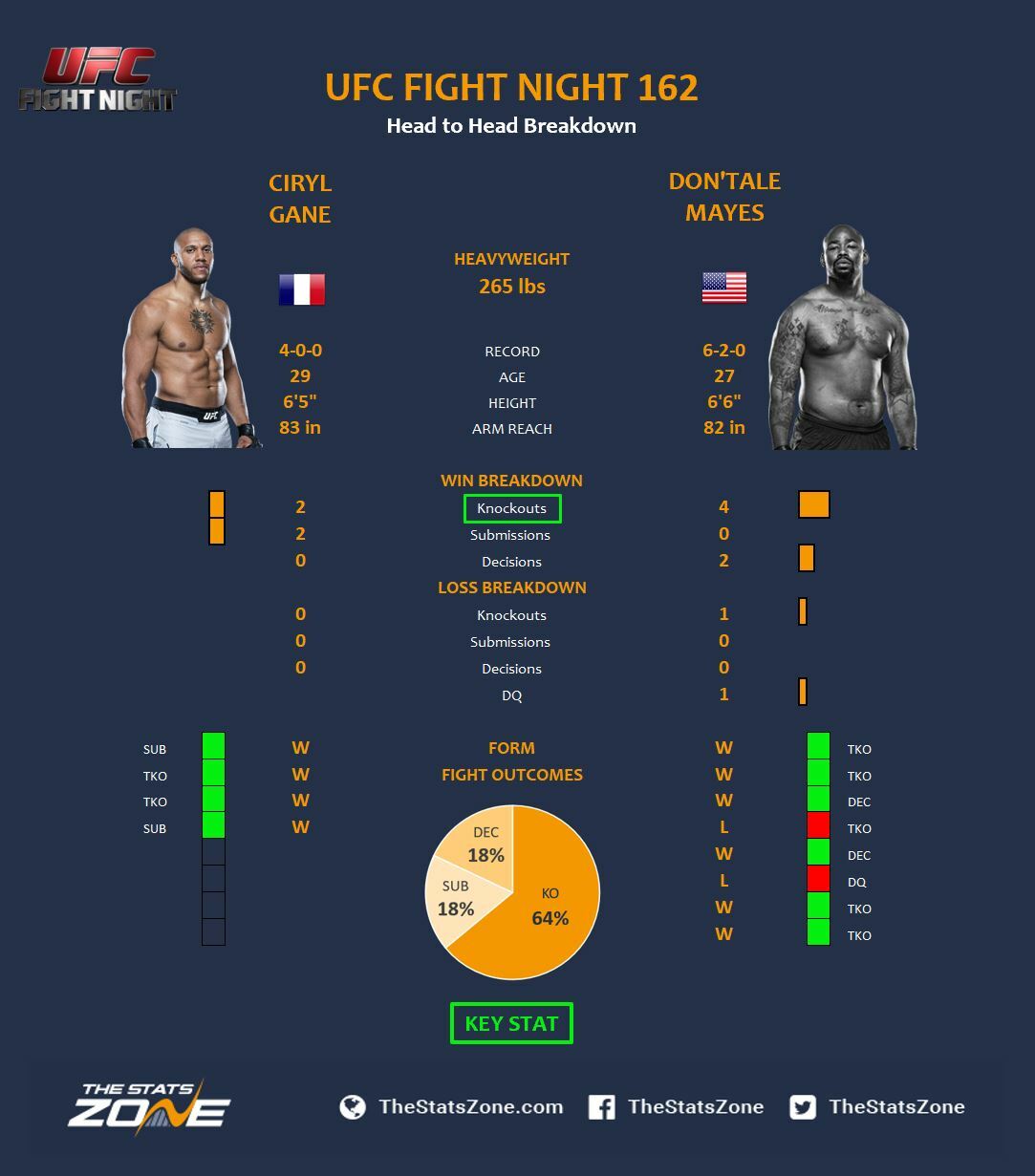 Ciryl Gane and Don’Tale Mayes provide an explosive clash in Singapore hoping to make a big statement in the heavyweight division.

Gane is a French specimen at the start of his MMA career. He won his first three fights for TKO MMA, the Canadian promotion, with a submission and two knockouts. Recognising a talent, the UFC have snapped him up already and after submitting Raphael Pessoa with an arm-triangle on his debut, big things are expected from the newcomer.

Mayes makes his UFC debut after two impressive knockouts on Dana White’s Contender Series making up for getting finished by Allen Crowder on his first appearance on the series back in 2017. He has clearly made some adjustments as he looks more polished, coming off three wins and two colossal knockouts over Mitchell Sipe and Ricardo Prasel.

Both men are absolute tanks and go out to finish every fight. Mayes looked incredibly dangerous in his last two outings and Gane has assaulted all four of his opponents, but is yet to face a stern test.

Gane has more in his arsenal and has an impressive and varied attack range. His cardio will also be an advantage and he is likely to have too much for Mayes as long as he can avoid the bombs. A finish is most likely and will probably happen due to ground-and-pound or a submission.