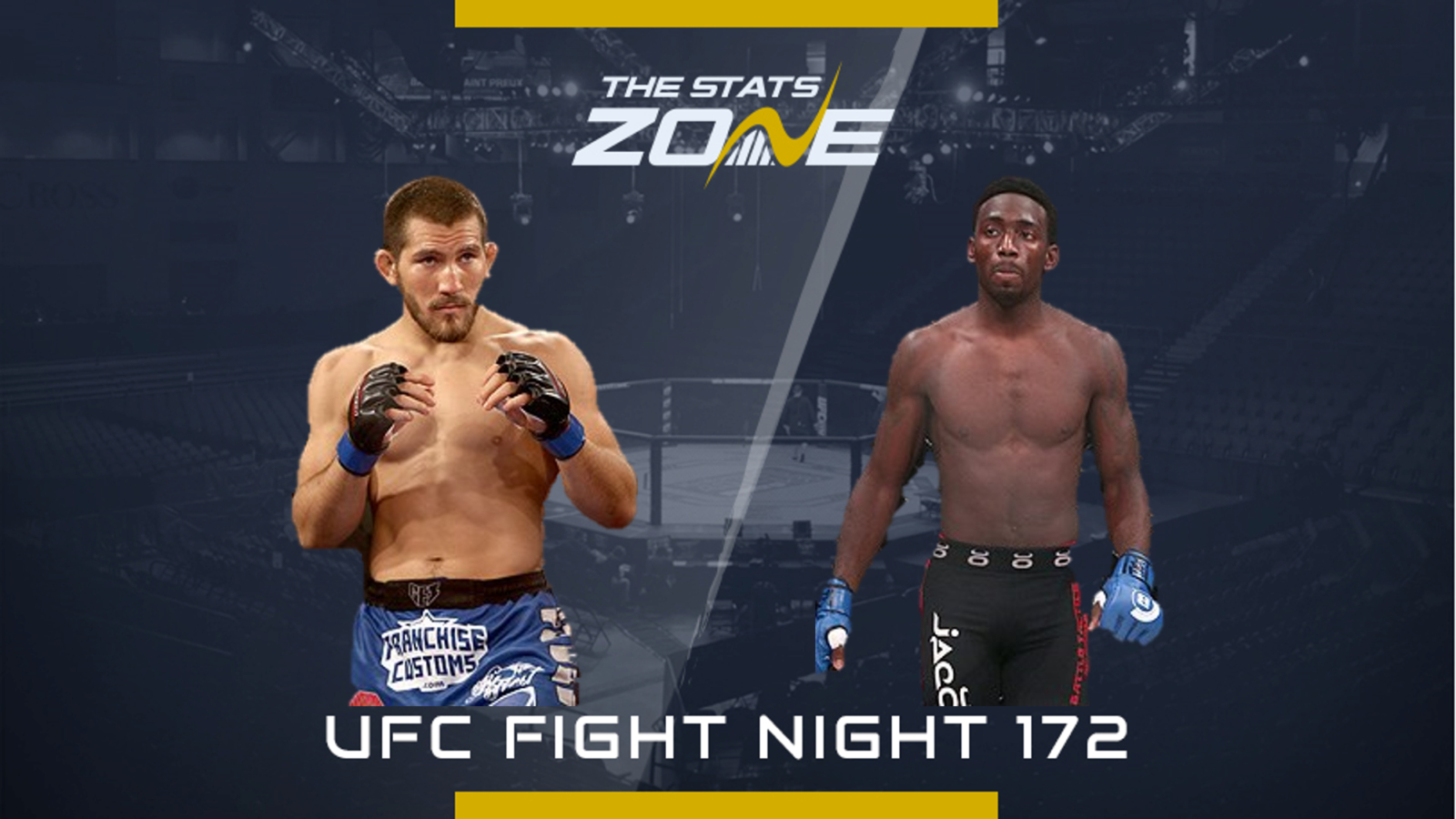 For viewers in the United States, the Fight Night: 172 will be shown live on ESPN+ which can you sign up to here!

Christian Aguilera makes his UFC debut after being in and around the minor promotions for several years putting together a 13-6 record. He has won his last two fights but lost his previous two so he will need to raise his game against Ivy. The majority of The Beast’s wins have come via KO/TKO and he will be looking for another early night here.

Anthony Ivy was initially touted to fight on the card last week but that fight did not materialise although he was always expecting to be on this card so that slight uncertainty is unlikely to impact him. Ivy has an 8-2 record ahead of this fight which will be his UFC debut and he is riding a five-fight win streak and three consecutive KO/TKO wins.

Two UFC newcomers meet here in what should be an entertaining clash on the undercard. Anthony Ivy looks to have the greater pedigree on paper and is favoured to get the win here. He has momentum on his side and should come into this fight with plenty of confidence having won his last five. Aguilera will be no pushover but he has shown enough weaknesses in his game to suggest Ivy will find a way to win.