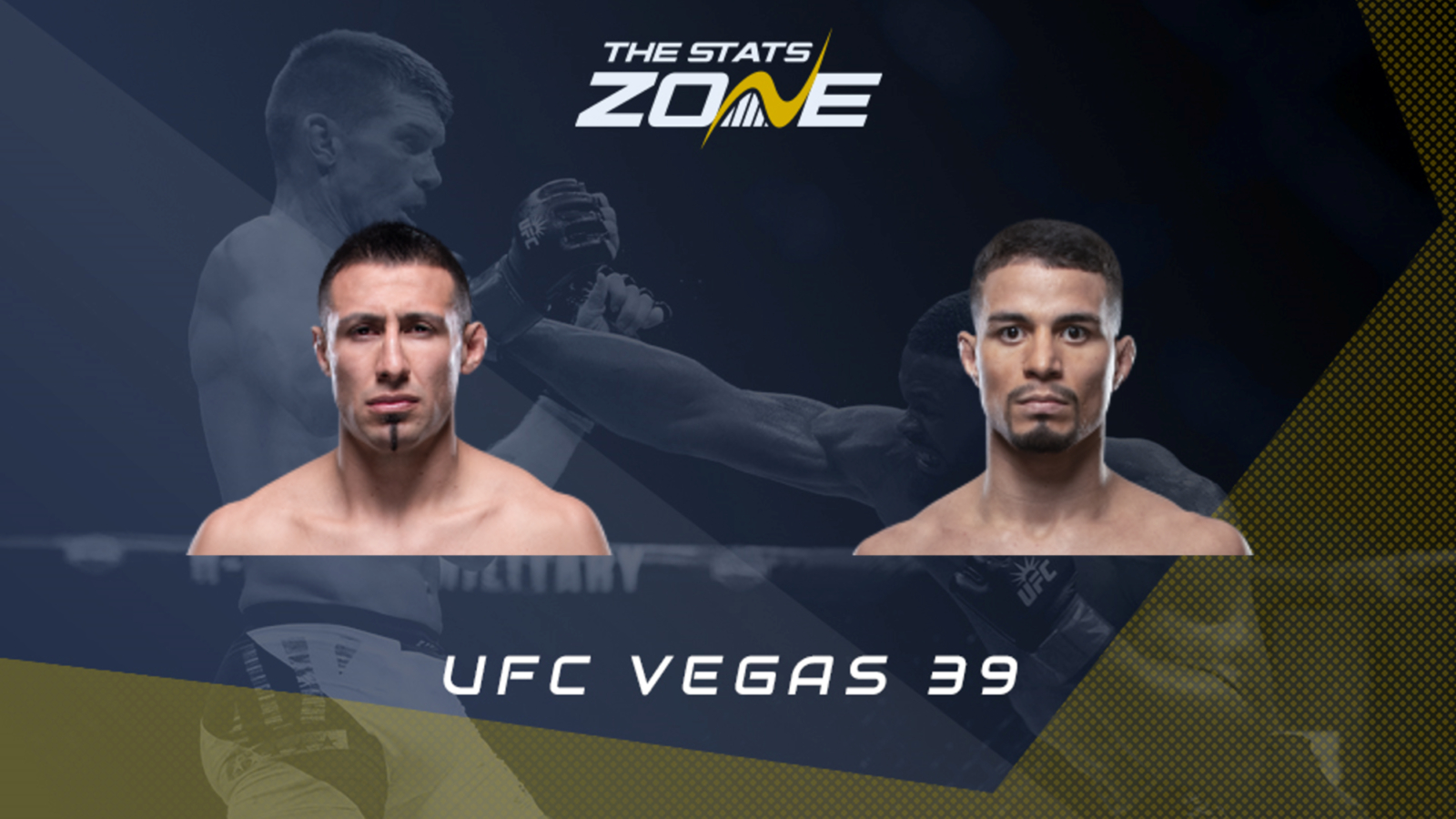 Chris Gutierrez (16-4-2) is fresh from extending his unbeaten streak to five. He has only lost once in his nine and prior to the UFC he picked up a TKO over Jimmy Flick (Xtreme Fight Night) and a submission over Ray Rodriguez (Legacy Fighting Alliance). His loss came on his debut, but he was handed a very tough welcome in the shape of Raoni Barcelos who submitted him in 2018. However, he has since got past Ryan MacDonald (unanimous decision), Geraldo de Freitas (split decision), Vince Morales (TKO) and fought to a draw with Cody Durden before earning another unanimous decision over Andre Ewell in February.

Neither fighter has made any noise yet in the UFC, but they have the ability to creep up the division, whether that be bantamweight or featherweight. They have both floated in between divisions and this clash will be at bantamweight.

They match up similarly physically and this should be a great scrap and we can easily see it being the ‘fight of the night’. Gutierrez will have one inch in height and Colares will boast two inches in reach.

They are both well-rounded and love to bang. We should see a back-and-forth battle and we expect Gutierrez to edge the stand-up battle and Colares may look for more takedowns, but they should be evenly matched everywhere.

We are backing Gutierrez to sway the judges with his volume and damage. His leg kicks in particular will pull the fight in his favour disabling the movement and speed of Colares.