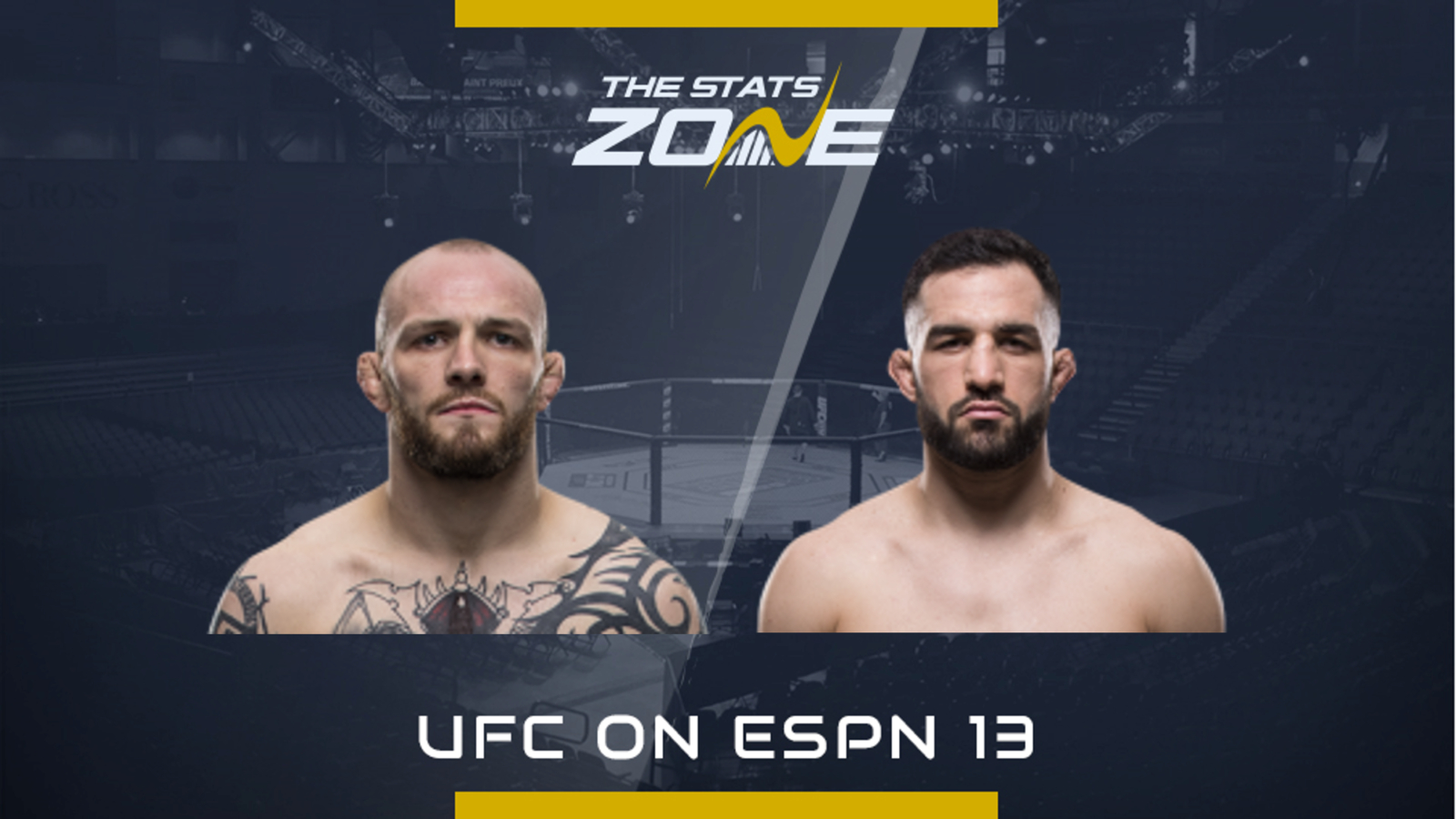 Chris Fishgold will be looking to improve his 1-2 record in the Octagon but his preparations have been somewhat hampered by a poor weight cut which saw him weigh in three pounds over the featherweight non-title fight limit. He has been fined 20% of his purse but will look to put that behind him. The Englishman fighting out of Liverpool is a submission specialist with 13 of his 18 wins coming that way with guillotine and rear-naked chokes being his preferred route to victory. He has los two of his three fights since joining the UFC banner however and he will look to bounce back from his latest loss at the hands of Makwan Amirkhani in June 2019.

After going 14-1 from his first 15 fights, Jared Gordon has lost three of his last four fights in the UFC and the 31-year-old will be looking to get back on track here. The most concerning aspect of those defeats is that all four on his record have been knockouts and the first-round loss to Charles Oliveira last time out was particularly concerning. He will look to stay away from Fishgold on the ground and use his energy to outwork the British fighter.

Neither of these fighters come into this fight with great confidence and there is a chance that their UFC careers are on the line in many respects. Fishgold came in overweight which was not ideal for the submission specialist and he comes up against Gordon who will be desperate to get a win under his belt. He has been knocked out in three of his last four fights, but Fishgold does not carry that much knockout power himself so that may give Gordon some confidence. He will however have to avoid being taken to the mat otherwise he will be at risk against the talented Fishgold. If he can do that, he can grind out a decision win but given how fragile both fighters are, it could go either way.