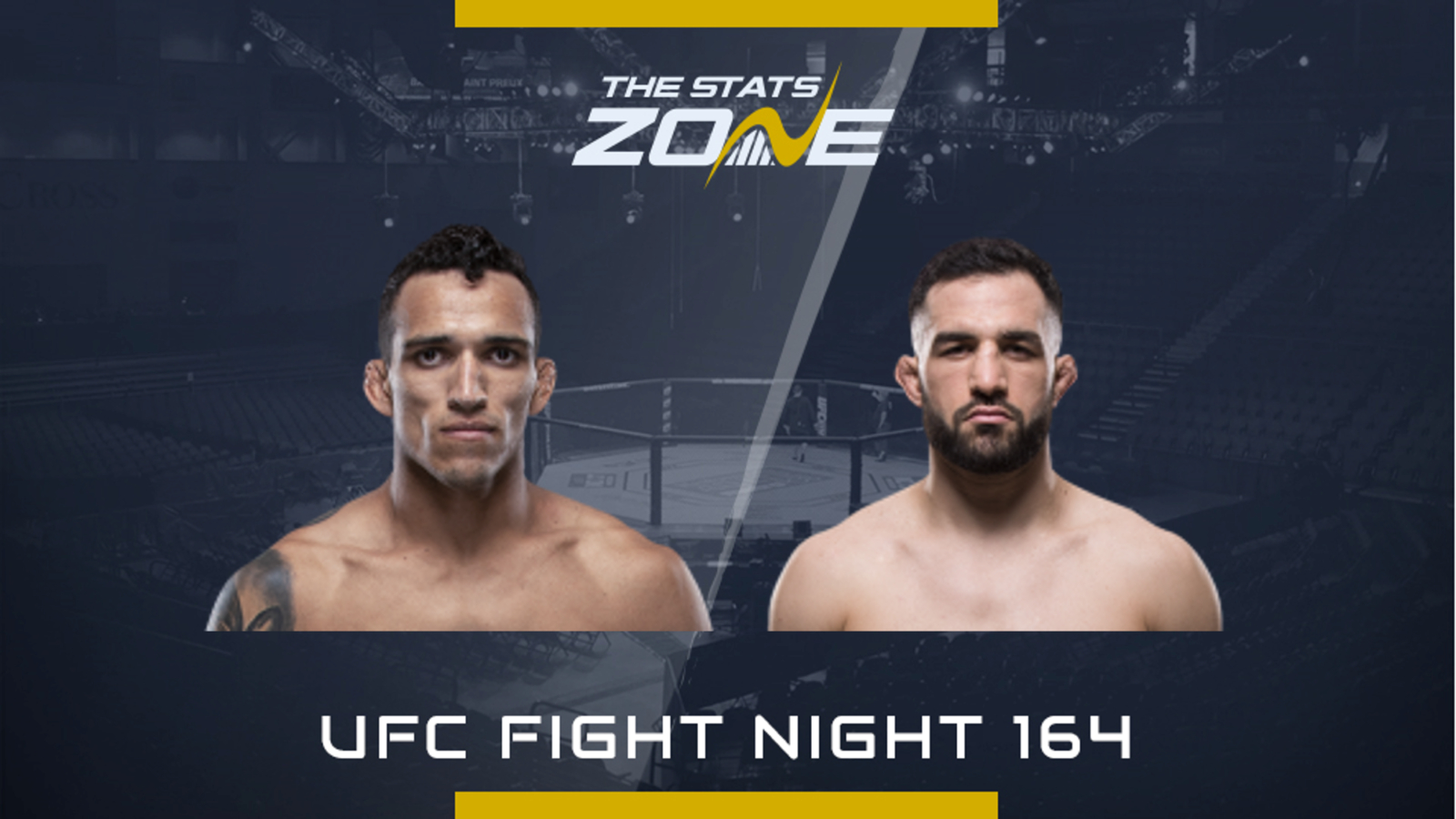 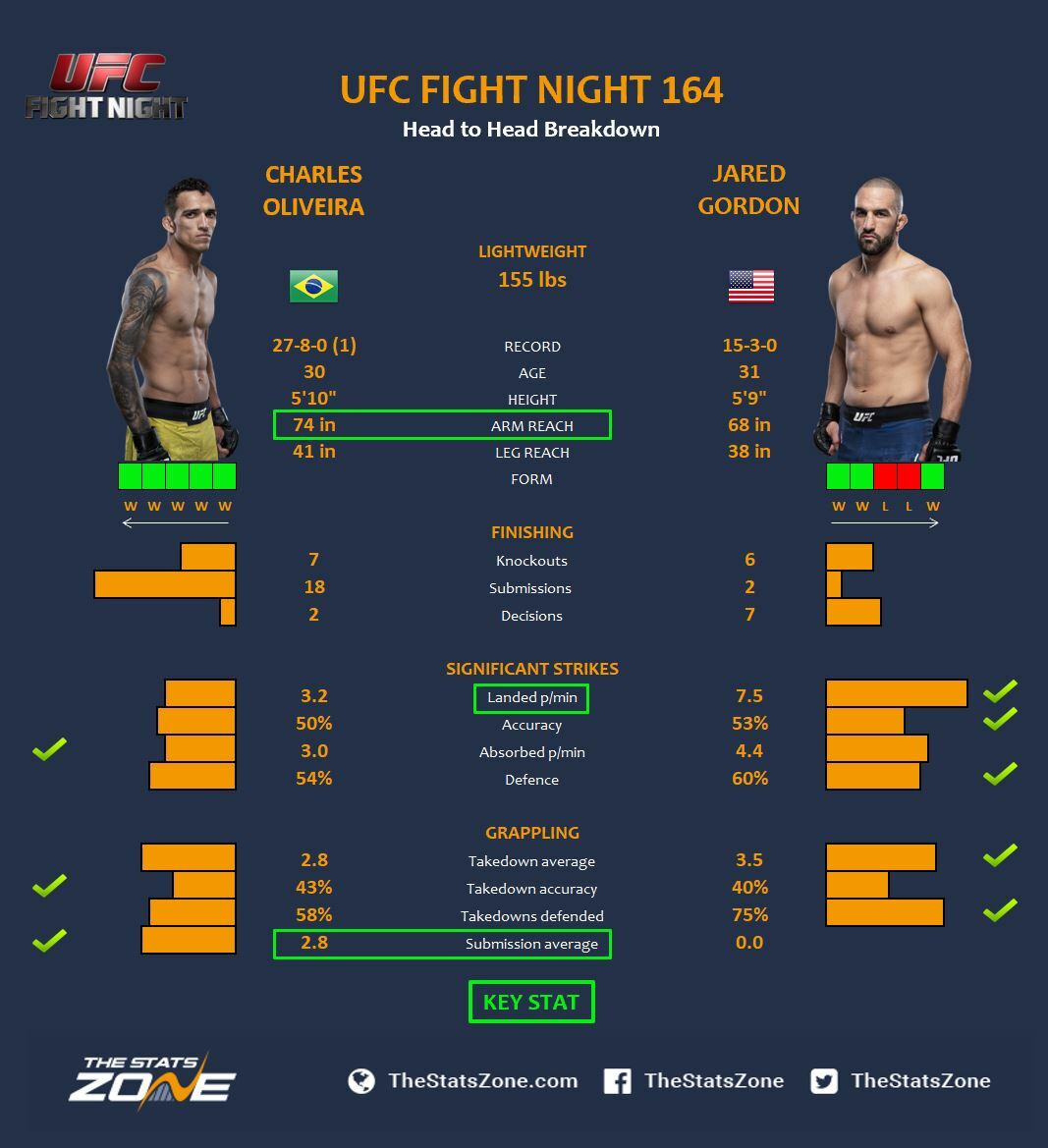 It is about time Charles Oliveira met a big name again but he is just happy somebody has stepped up to fight him on his home patch in Sao Paulo and that man is Jared Gordon.

Oliveira is 15-8 (1) in the UFC and is on a blistering five-fight winning streak. He submitted Clay Guida, Christos Giagos, Jim Miller and David Teymur to top up his UFC submission record to 13 and is coming off a brilliant TKO over Nik Lentz in their rematch. If Oliveira puts Gordon away, surely a top 10 ranked lightweight awaits.

Gordon is coming off a decent unanimous decision win over Dan Moret to prevent a three-fight skid. After winning his first two UFC fights, he met two beastly Brazilians - Carlos Diego Ferreira and Joaquim Silva - who both ruthlessly finished him but now he is ready and hungry to string some wins together.

Gordon will be aggressive and look to force the pressure on Oliveira with his usual high output of strikes but will have to use combinations to negate the six-inch reach advantage. Gordon also likes to mix in takedowns but he will surely try and avoid the submission threat, which should force a stand-up battle.

Oliveira’s striking is underrated and at lightweight he is a lot more powerful and combine that with the reach advantage, he should get the better of Gordon and test the damaged chin to set up another knockout finish.