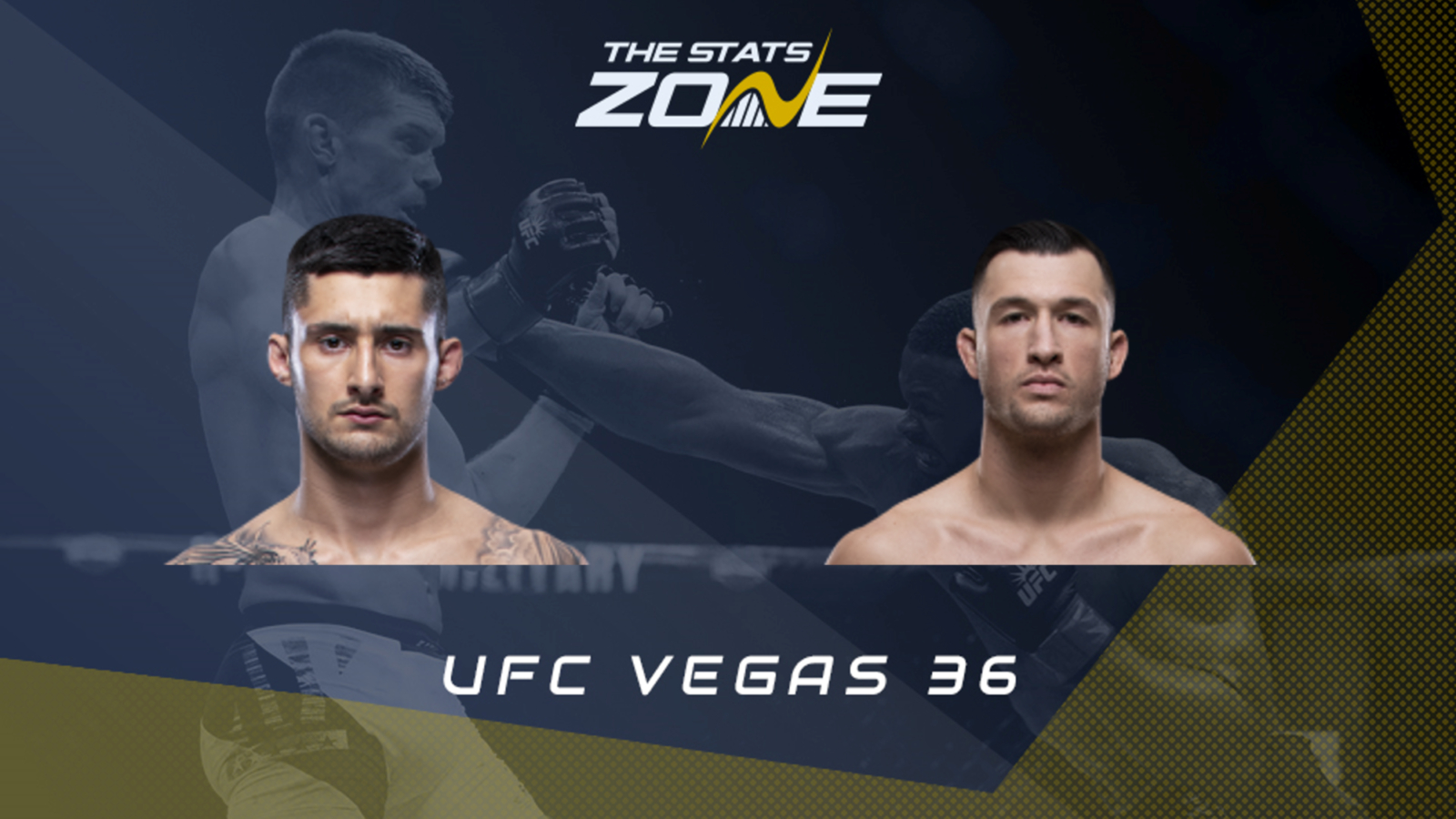 Charles Jourdain (11-3-1) returns to the APEX after a vintage TKO win. His UFC start has been a mixed bag so far going 2-2-1 but one factor that has been consistent is the excitement he brings. He lost a unanimous decision to Desmond Green on his debut but responded by pulling off a huge upset by knocking out Doo Ho Choi. He then met Andre Fili losing a razor thin split decision before another tight and thrilling battle with Josh Culibao that ended in a draw. He is now coming off a brilliant third round TKO over Marcelo Rojo who is also on the card.

Julian Erosa (25-9) is still hanging in the UFC. He is enjoying a third stint which started perfectly by stepping up on short notice to submit the heavy favourite Sean Woodson last year. He then fought Nate Landwehr and landed a hellacious knee in the first round to earn his 11th career knockout. However, he got a taste of his own medicine back in June getting TKO’d by Seung Woo Choi and now has a UFC record of 3-5.

This is good matchmaking by the UFC and we should be in for a fun scrap. Jourdain is a very slick striker and Erosa always comes to bang with dangerous jiu-jitsu. Out of their combined 36 wins, three of them have gone to a decision which all fell to Erosa.

Jourdain is the more technical striker with an array of flashy kicks, but he will be giving up a five and a half-inch reach and four-inch height advantage. That said, Erosa can be reckless in the striking exchanges and Jourdain will be able to pick him off and counter whenever he rushes in.

Jourdain has the edge on the feet and when he starts to land, we can expect Erosa to try and tie the Canadian up and work on a submission. He has a clear grappling advantage and needs to leave his ego in the locker room and try and take Jourdain down.

Erosa usually sets up his takedowns by rushing forward, throwing looping shots and Jourdain has the class to pick him off. Considering Jourdain’s striking and the five knockout losses on Erosa’s record, we are leaning towards a Jourdain knockout, but Erosa is always worth a punt as an underdog.