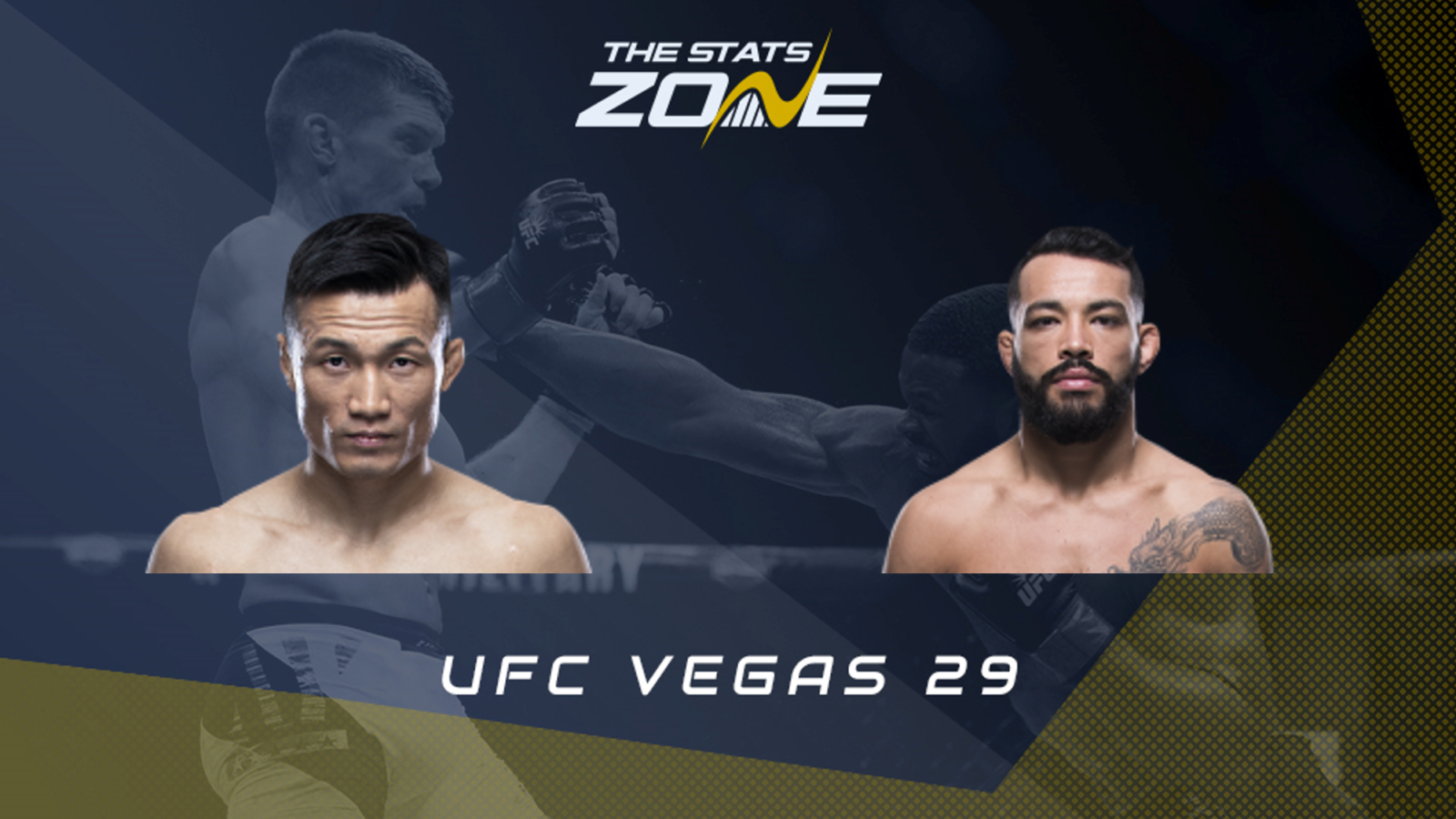 Every fan and their dog enjoys a Chan Sung Jung (16-6) fight. ‘The Korean Zombie’ returns to put on another show but he would probably prefer a more active run. After five years out with injuries and mandatory military service he has gone 3-2. In his first fight back in 2017, he buried Dennis Bermudez in the first round and only returned 21 months later. He met Yair Rodriguez in an epic war and was about to win a decision until Rodriguez decided to pull out a backwards up elbow to crumple Jung with seconds to go. The Zombie managed to get two fights in 2019 and notched up two more knockouts and ‘performance of the night’ bonuses over Renato Moicano and Frankie Edgar. Roll on another year and Jung re-emerged but he came up against a prime Brian Ortega who seemed to evolve into a striker over night a earn a unanimous decision.

Dan Ige (15-3) is the Korean Zombie’s dance partner for the night and as much as he wants to put on a show, the win is all that matters. After losing his UFC debut to Julio Arce, Ige racked up six impressive wins. He earnt two split decisions in 2020 over Mirsad Bektic and Edson Barboza which is still baffling as to how two judges gave him the nod but it set up a fight with Calvin Kattar and unfortunately he was outclassed in a unanimous decision. However, he responded with arguably his best win to date by starching Gavin Tucker with the first punch he threw.

Ige is full of confidence after that knockout and the Zombie struggled to get into the Ortega fight. If he is off the boil here, then Ige will keep up the pressure and put on a suffocating pace for five rounds.

They match-up very well. Jung is taller but they have a similar reach and they are both high volume strikers and very underrated grapplers. They are extremely well versed in Brazilian jiu-jitsu and judo however, this should be more of a stand-up battle.

Expect Jung to go about business as usual and rely on his chin and cardio to keep pressing forward with crisp boxing looking to connect with his power. As good as his chin is, it is there to be hit so expect Ige to counter and slow Jung down with leg kicks.

This is destined to be a a close and violent scrap. We can see some heavy trades from the bell which could end up in a knockout either way. The Korean Zombie’s last seven fights have been scheduled five-rounders and he is made for war. We back him to get the win with Ige’s chin forcing the judges to make the call but this is tough to call.