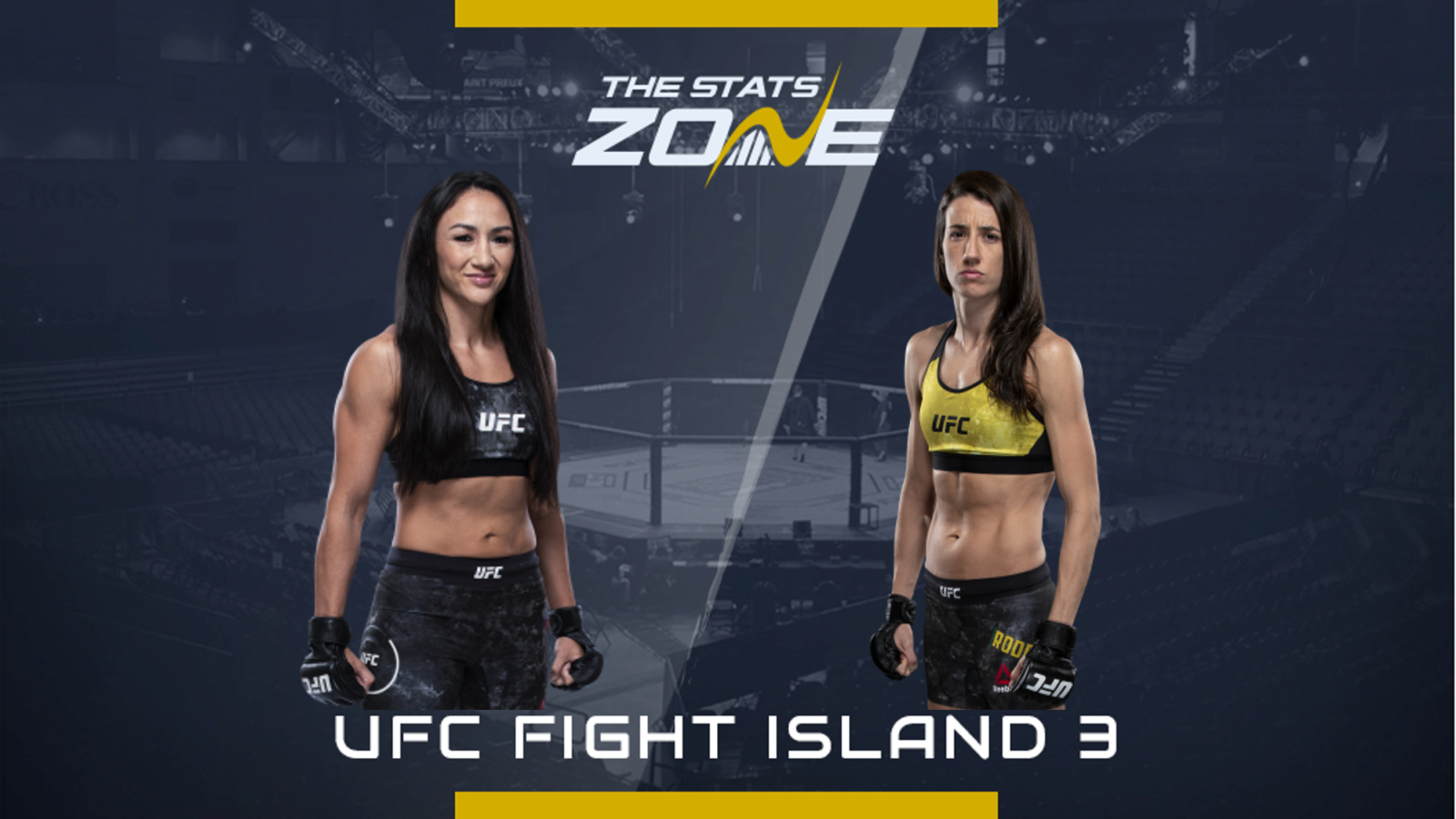 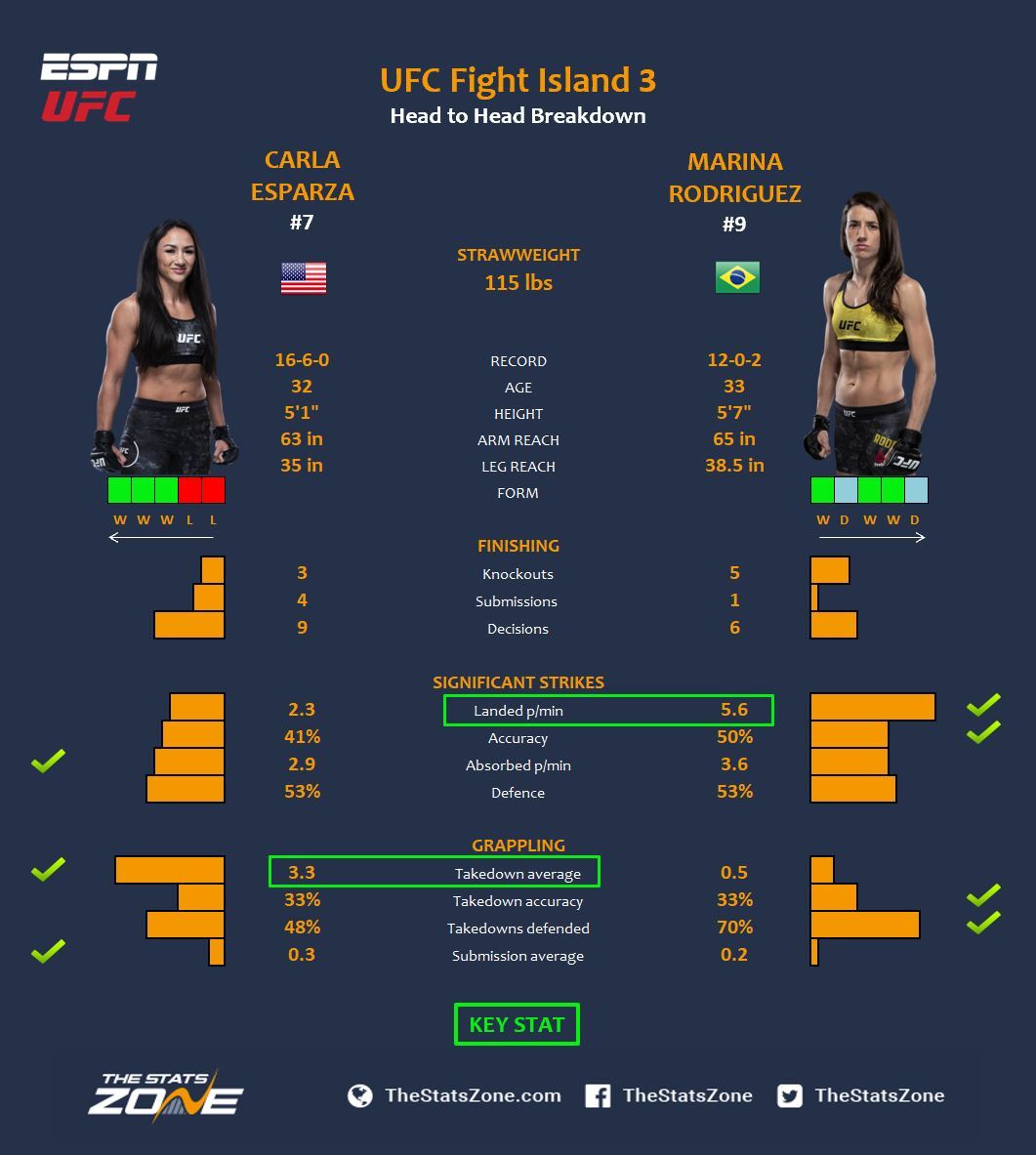 Carla Esparza and Marina Rodriguez get the green light after their original date for UFC Fight Night 172 was postponed due to one of Rodriguez’ conrnermen testing positive for COVID-19.

Esparza continues to churn out decisions and after succumbing to Claudia Gadelha and Tatiana Suarez in 2018, she has responded with a comfortable decision over Virna Jandiroba and two much tighter calls against Alexa Grasso and Michelle Waterson.

Rodriguez’ is an exciting talent and boasts an unbeaten record. The UFC is the real litmus test for female fighters, but she has already proven herself against some of the best. She battled to a draw on her debut against Randa Markos and then went on to earn decisions against Jessica Aguilar and Tecia Torres. She is now coming off another draw, but she took Cynthia Calvillo to the bell and was as dangerous as ever on the feet.

For Rodriguez, this is a similar stylistic match up to Calvillo in the sense she planned to avoid the takedown and light her up with her superior striking. When Rodriguez and Calvillo were on the feet, the Brazilian was constantly a threat and was lethal in the clinch landing far more damage.

Calvillo had a clear wrestling advantage like Esparza will but only landed three takedowns in the fight. However, the difference here is that Calvillo only attempted four takedowns and backed her striking whereas Esparza will shoot in for the takedown as soon and as often as possible.

Rodriguez is clearly the better striker but any holes in her takedown defence will be exploited by Esparza who will be relentless and happily maintain top control until the bell rings.