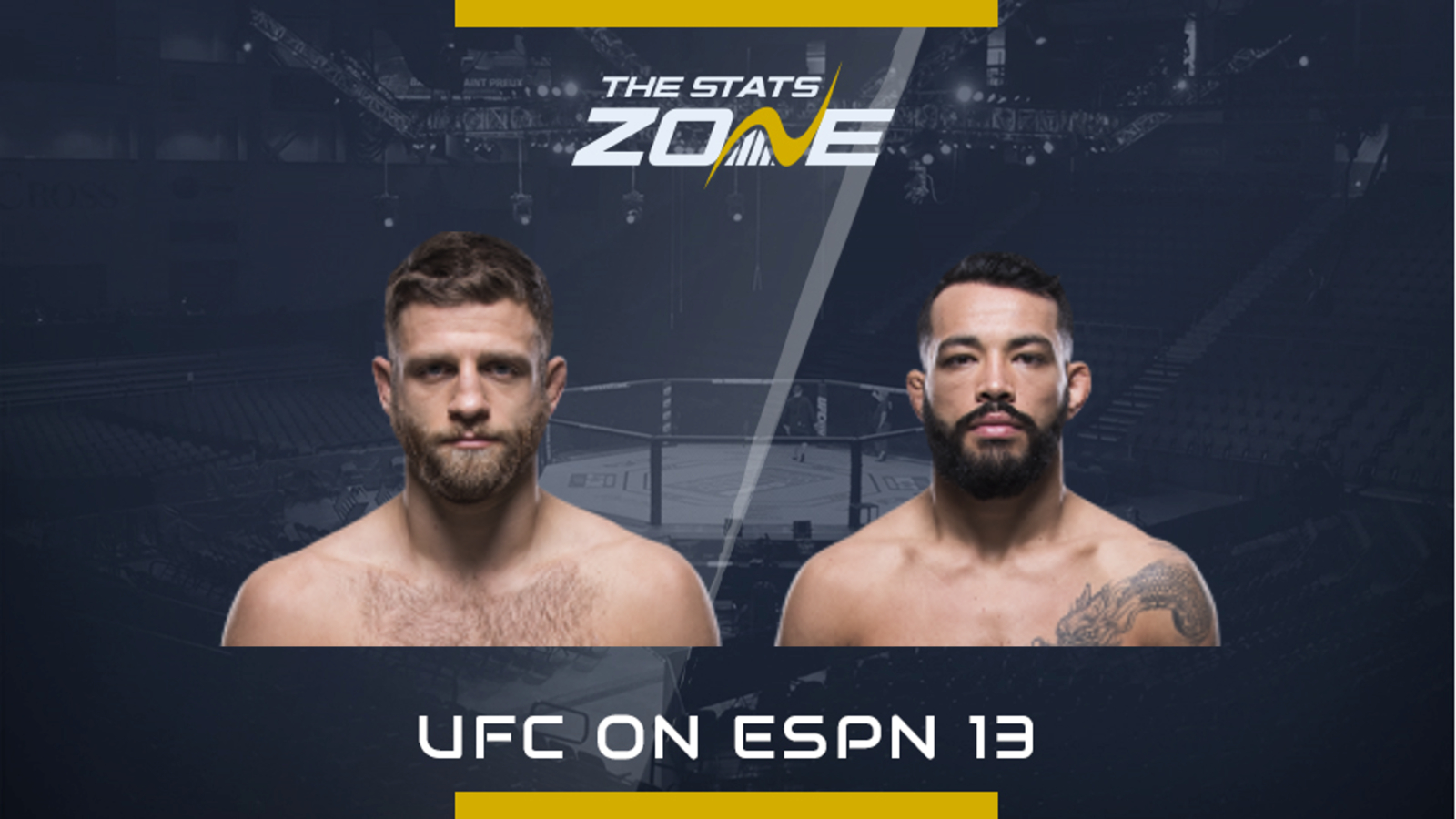 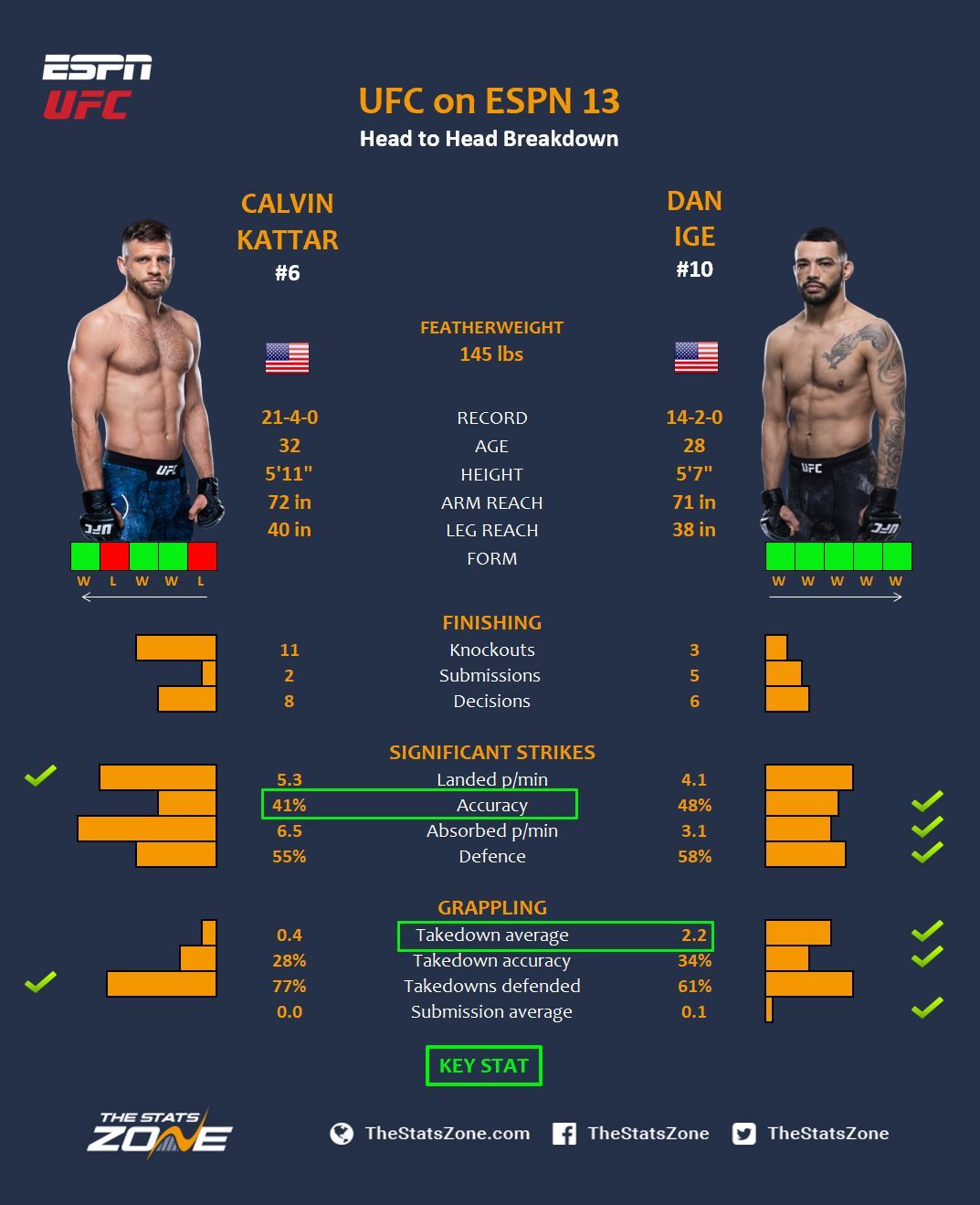 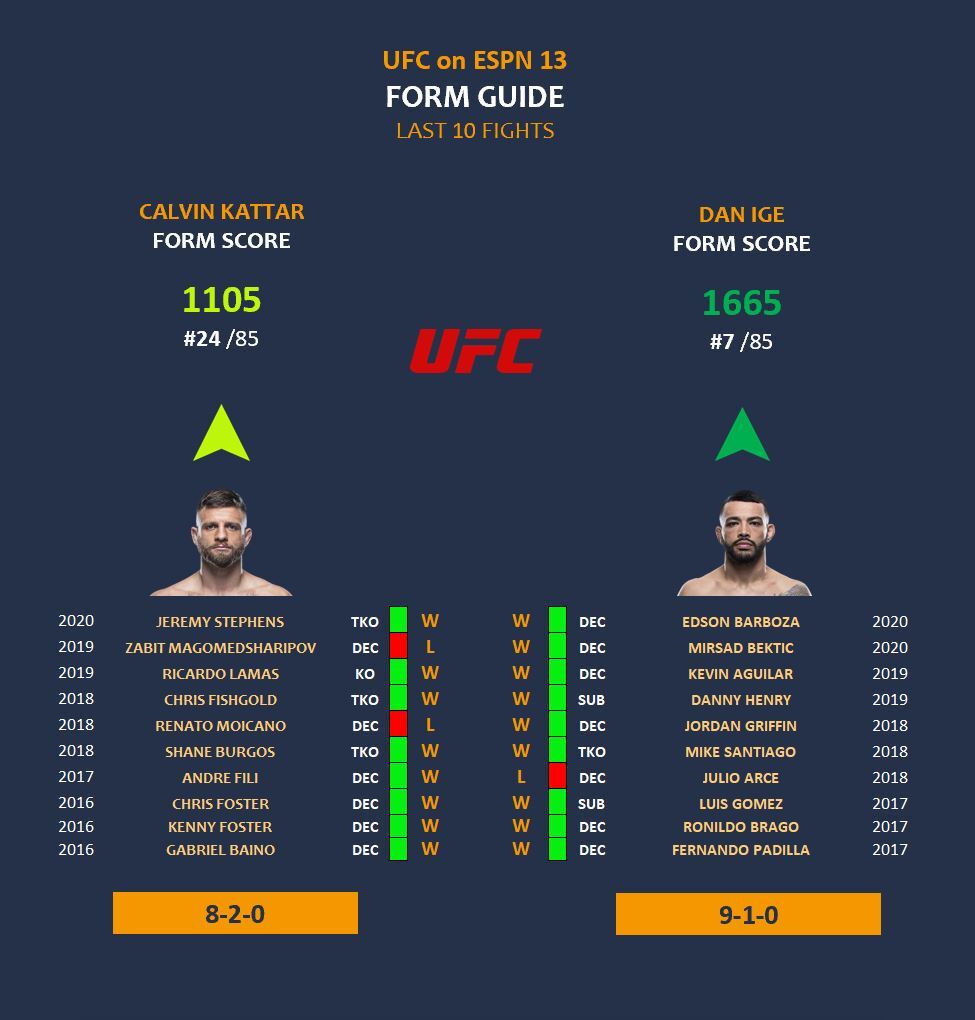 Featherweights Calvin Kattar and Dan Ige head to Fight Island to stake a claim a number one contender spot for Alexander Volkanovski’s title.

Kattar responded perfectly to his second UFC loss. He took on the highly touted Zabit Magomedsharipov back in November last year and missed out on a decision but finished stronger and likely would have beat the Russian if it was a five-round fight. He then took on UFC vet Jeremy Stephens and turned the lights off a beautiful elbow to climb back up the featherweight form table to #24.

Ige is in the form of his life right now sitting at #7 after winning his last six fights. He has also been extremely active, and this will be his third fight this year. He is coming off two hard-fought split decisions. Firstly, against Mirsad Bektic and then claimed the biggest scalp of his career against Edson Barboza but he was very lucky to get the nod from two of the judges.

This should be a aggressive and technical battle. Ige gives up four inches in height but only one in reach but is still expected to try and close the distance to avoid Kattar’s hands. He will hope to tie Kattar up and if he can drag him to the ground he will look for a submission.

Kattar has exceptional hands but absorbs a lot of shots. He will also have to be wary of Ige setting up level changes with punches but his boxing is at such a level he will back himself to follow Ige’s chin and land a big shot.

If Kattar can keep the fight on the feet, he will wear Ige down with his jab and overwhelm him with his power. They are both very durable and excel in five round fights which should create an exciting scrap. Ige will be full of confidence after edging past Barboza but we are backing Kattar’s power and output on the feet to be too much over the five rounds.