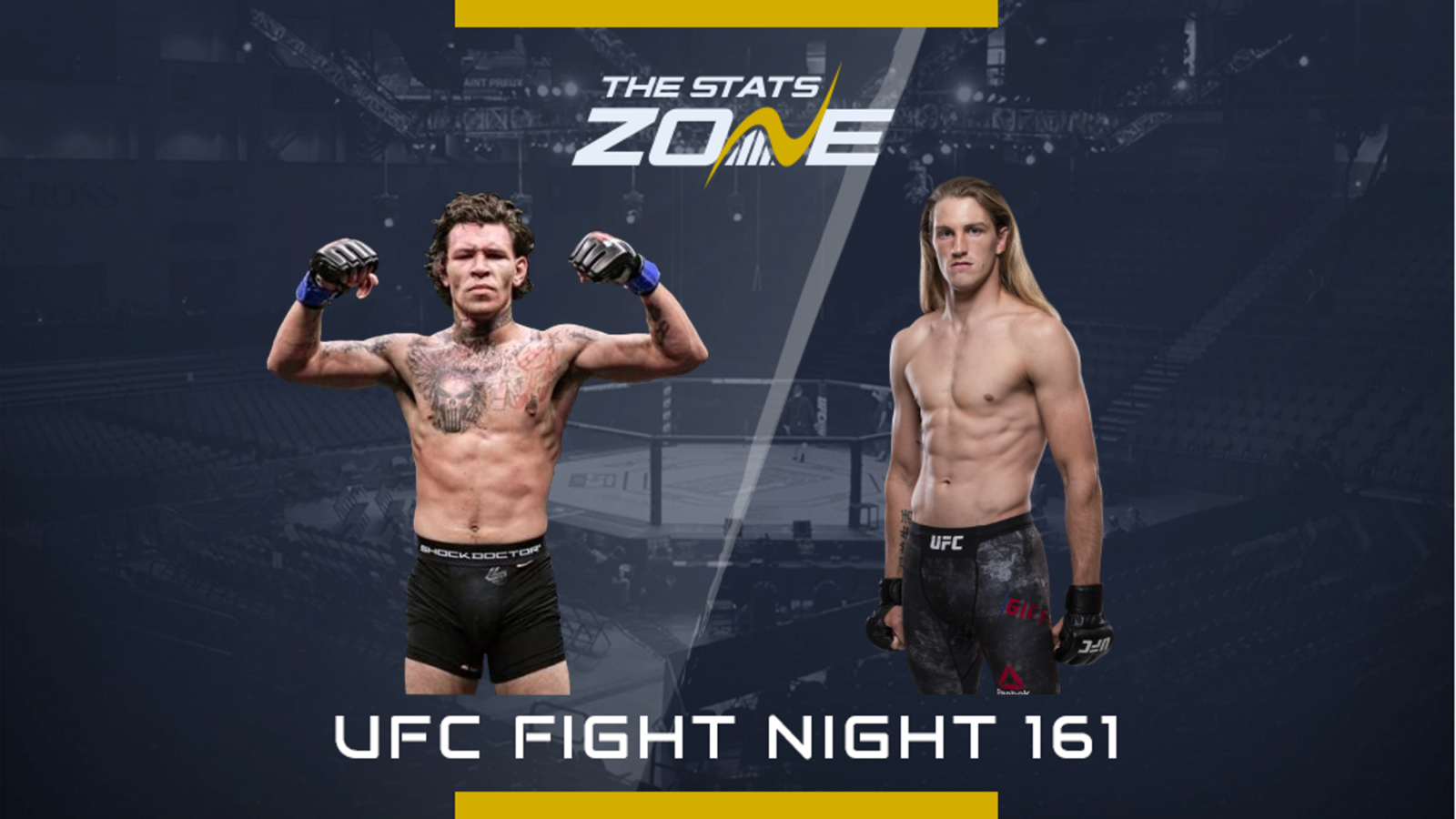 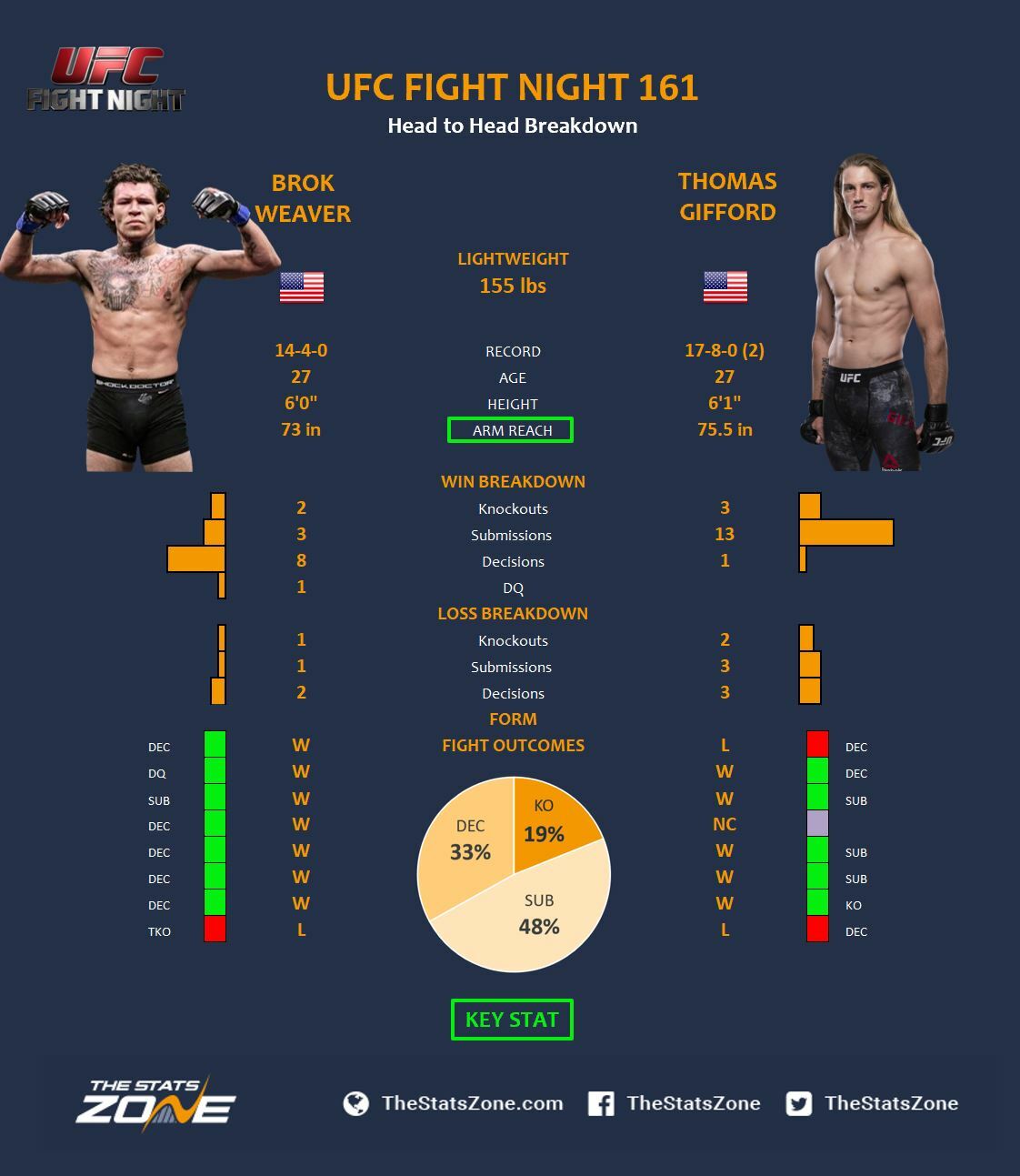 Brok Weaver and Thomas Gifford look to kickstart their UFC careers on the 12th October as Weaver makes his debut and Gifford hopes to bounce back from his debut loss.

After an impressive performance on Dana White’s Contender Series earning a thrilling decision over Devin Smyth, Weaker has been given his UFC opportunity riding an impressive six-fight winning streak. He made a lot of noise back in August and is out to back up his charisma with a performance against Gifford.

Gifford is very experienced but was handed a very tough fight for his UFC debut. Roosevelt Roberts assumed top control for the majority of the fight in between winning stand-up exchanges and now Gifford is hungry to prove his talent.

This should be a scrappy affair. Both fighters are well-rounded and super game for this. They are both great grapplers but they are likely to apply most of their trade on the feet, interrupted by clinches. As they are so durable, a decision is most likely and could fall either way but both men should have a future in the UFC.