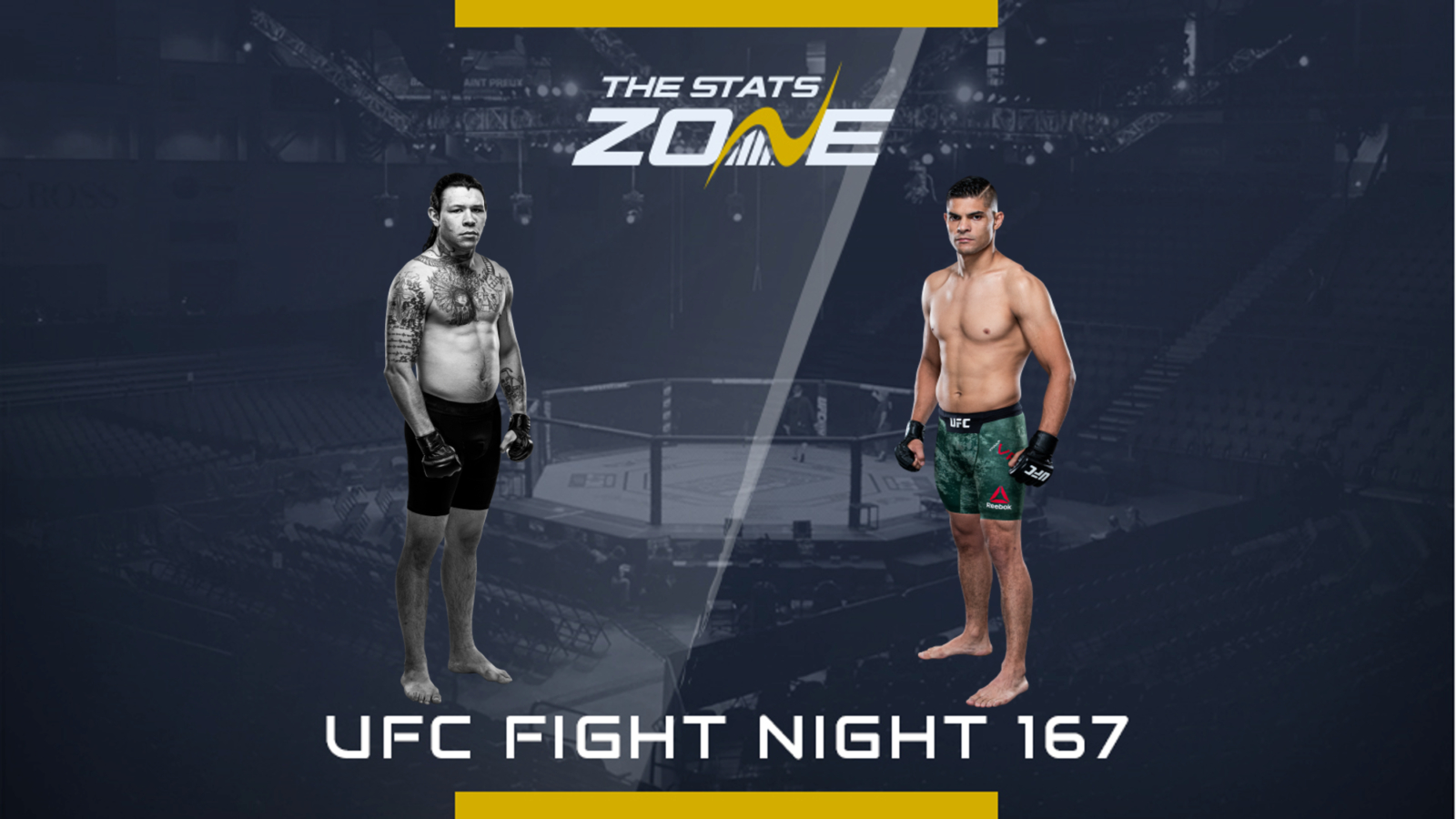 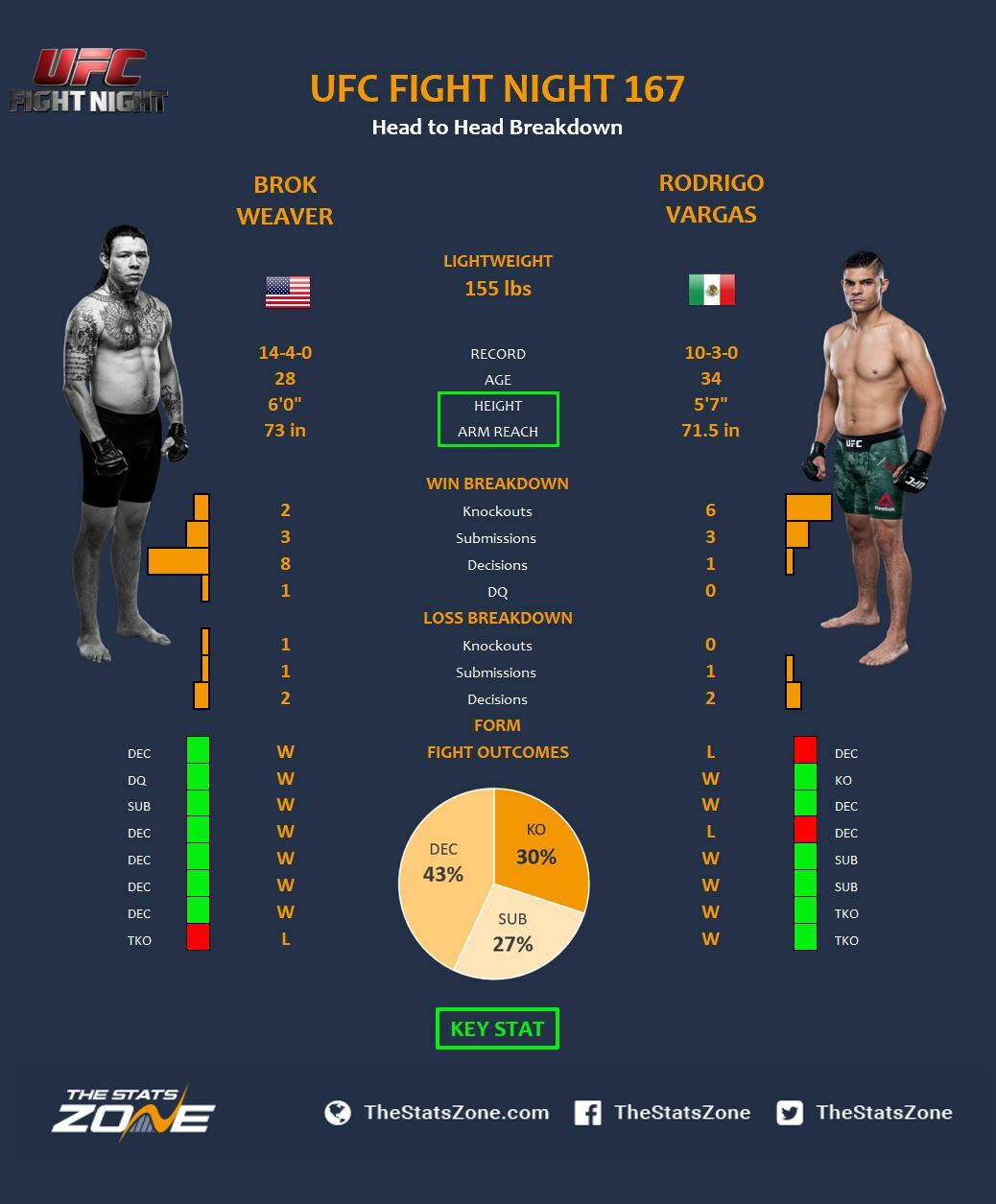 Brok Weaver makes his anticipated debut and takes on Rodrigo Vargas who is looking for his first UFC win.

After having to pull out of his fight with Thomas Gifford last year, the member of the MOWA Band of Choctaw Indians finally makes his debut. He earned a contract after a unanimous decision over Devin Smyth on Dana White’s Contender Series to go 14-4 but he is far more experienced than his record suggests, with several amateur fights under his belt.

Vargas is Weaver’s first assignment, but he is just as hungry after losing his UFC debut to Alex da Silva Coelho in a unanimous decision. This was the third loss of his career and came after two impressive performances; a unanimous decision over Danny Ramirez and a brilliant head kick knockout over Mike de la Torre.

Both fighters are well-rounded but are strongest on the feet. Weaver’s bread and butter is his boxing and Vargas is a dangerous southpaw with knockout power, which should create a thrilling contest.

Vargas’ power will be a constant threat, especially with his counter right hand, but Weaver’s size and reach advantage should pay dividends as the fight goes on.