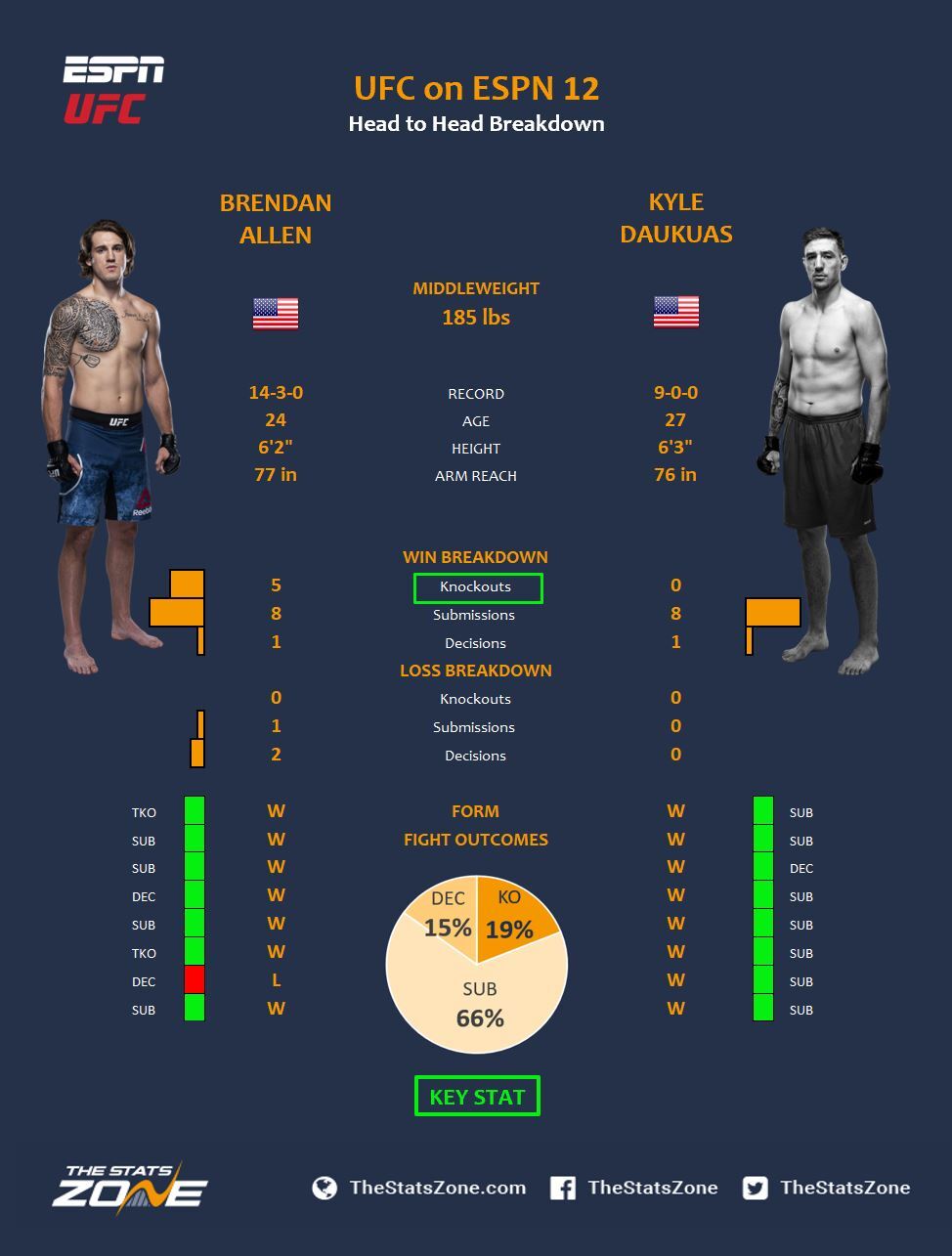 Jiu-jitsu ace Kyle Daukaus has stepped up to replace the injured Ian Heinisch as he takes on on Brendan Allen for his UFC debut.

Allen is eager to get more UFC fights in the bag so is grateful Daukaus has stepped up to the plate. Allen is on a superb six-fight winning streak earning a UFC contract by submitting Aaron Jeffery on Dana White’s Contender Series and his last two fights have firmly put his name on the middleweight radar by submitting Kevin Holland and knocking out Tom Breese in his last outing.

Daukaus is also a Contender Series alum and although he won by earning a decision over Michael Lombardo, he did not quite impress enough to earn the contract. However, the UFC has been keeping a close eye on him as he has stretched his unbeaten record adding his seventh and eighth submissions with two brilliant Brabo Chokes over Stephen Regman and Nolan Norwood for the CFFC banner.

Daukaus is not proven at this level yet but he is clearly a severe threat on the ground and he will look for any opportunity to drag the fight there. That said, Allen had racked up eight submission wins himself and will not mind a tangle on the mat.

However, the difference will come in Allen’s striking. He has a very diverse attack with tremendous power in his hands, a dangerous clinch and wrestling to keep Daukaus guessing.

Daukaus should prove he is UFC calibre but expect Allen to prove he has top 10 pedigree.