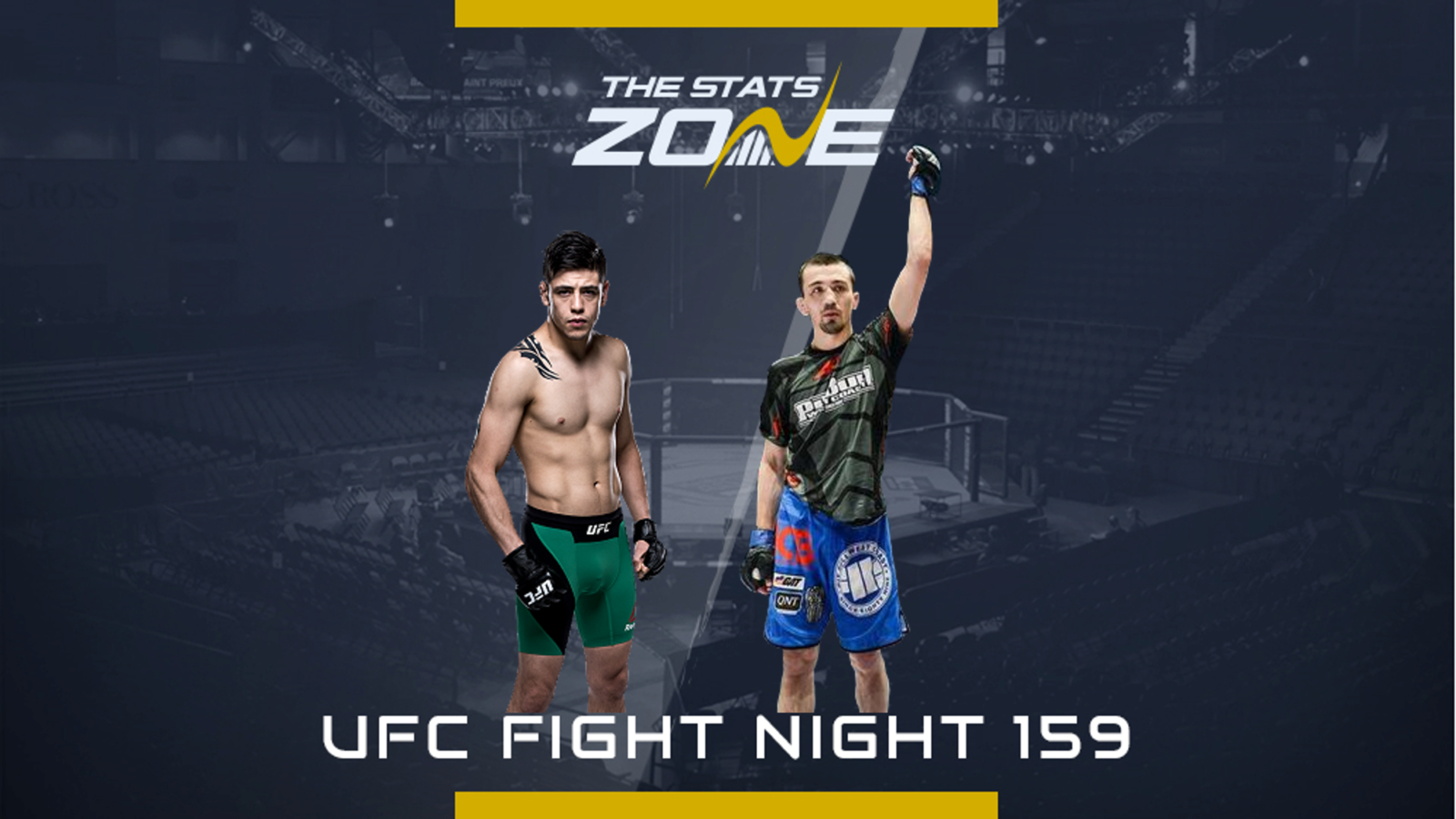 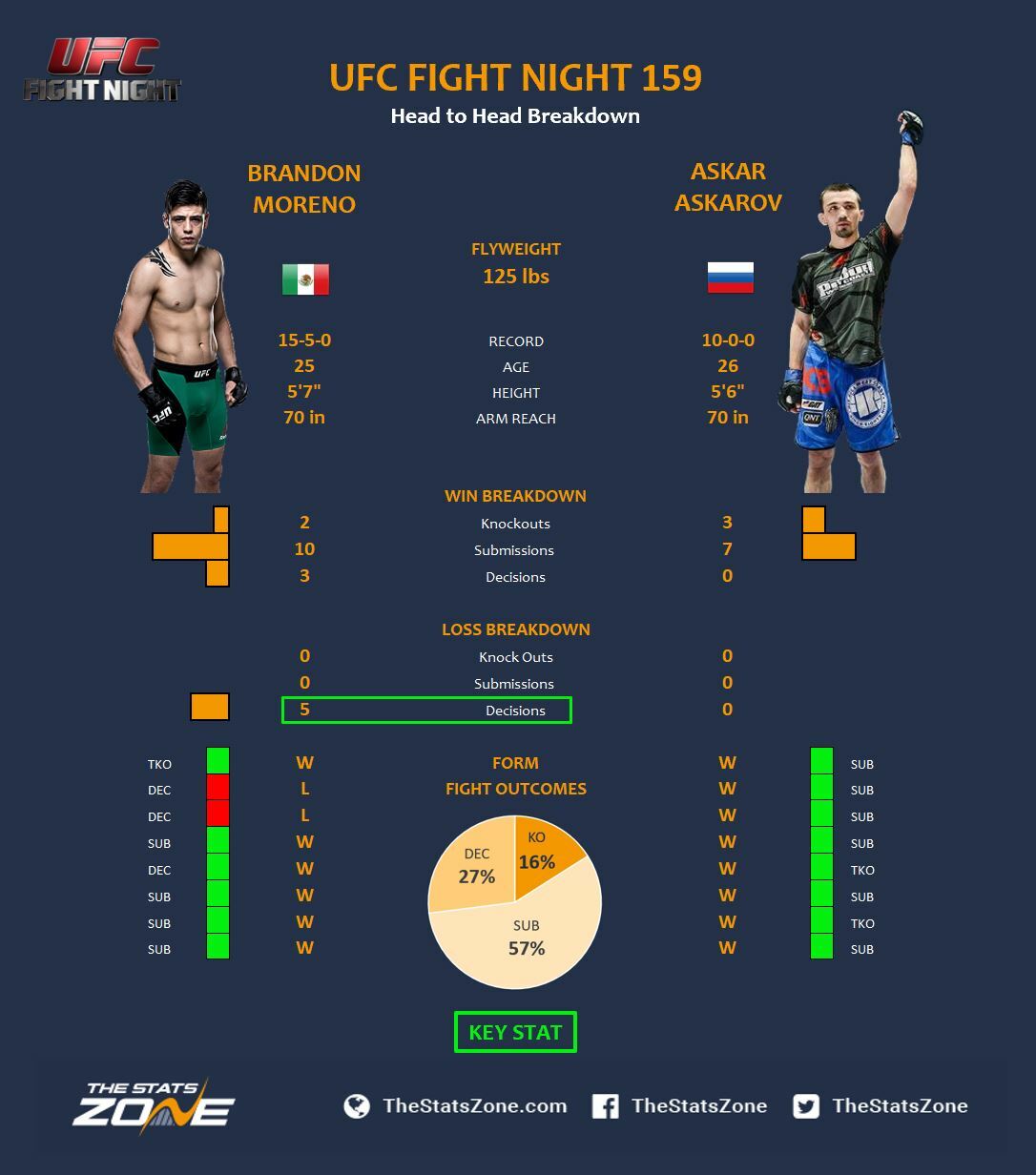 Two young guns support the main events in Mexico with the home favourite Brandon Moreno back in the UFC to welcome the former ACA flyweight champion Askar Askarov to the big time.

We first saw Moreno on the UFC scene when he was just 22 years old on The Ultimate Fighter: Tournament of Champions. It was an ultra-competitive season and he didn’t make it very far but earned a UFC contract nonetheless. He won his first three fights, but losses to Sergio Pettis and Alexandre Pantoja ended his UFC innings. However, after knocking out Maikel Perez for the Legacy Fighting Alliance he has been given another shot.

Askarov makes his long-awaited debut as an unbeaten champion finishing every one of his fights. He is an assassin on the mat with a full repertoire of submissions including a rare twister in the win column. He is also slick on the feet with huge power for a 125er, especially in his right hand.

The UFC is the true test of top tier martial arts and Askarov and his fans fully expect him to pass. Moreno will be a tough fight as he is experienced and has excellent ground skills, preventing him from being dominated in the grappling exchanges.

The difference is likely to come on the feet. Moreno is dangerous and aggressive but the Russian will use his technique and attack the lead leg with kicks to slow Moreno down and set up the power right-hand. This is not a great match-up for Moreno but he should have the skills to force Askarov to his first decision.