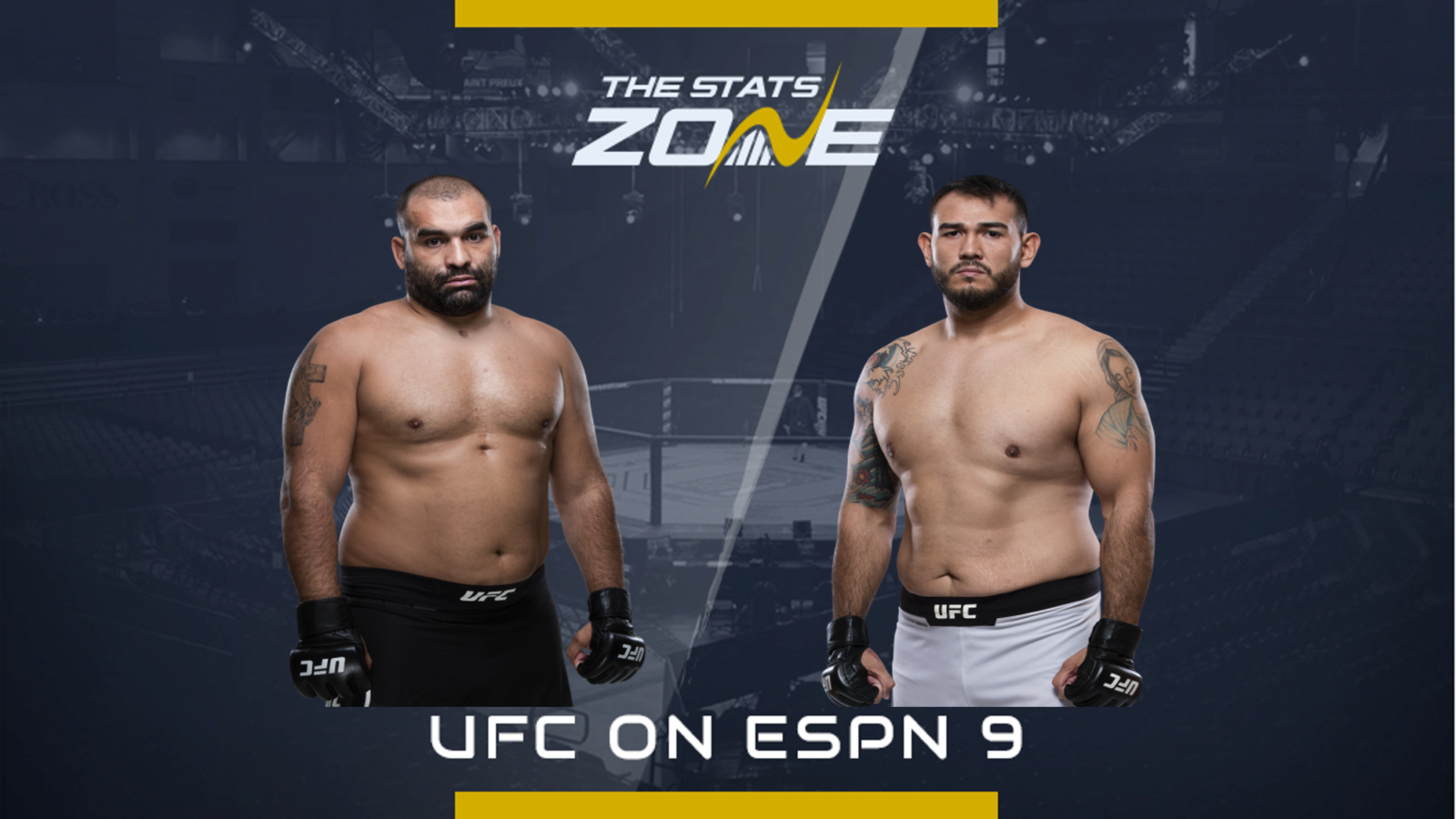 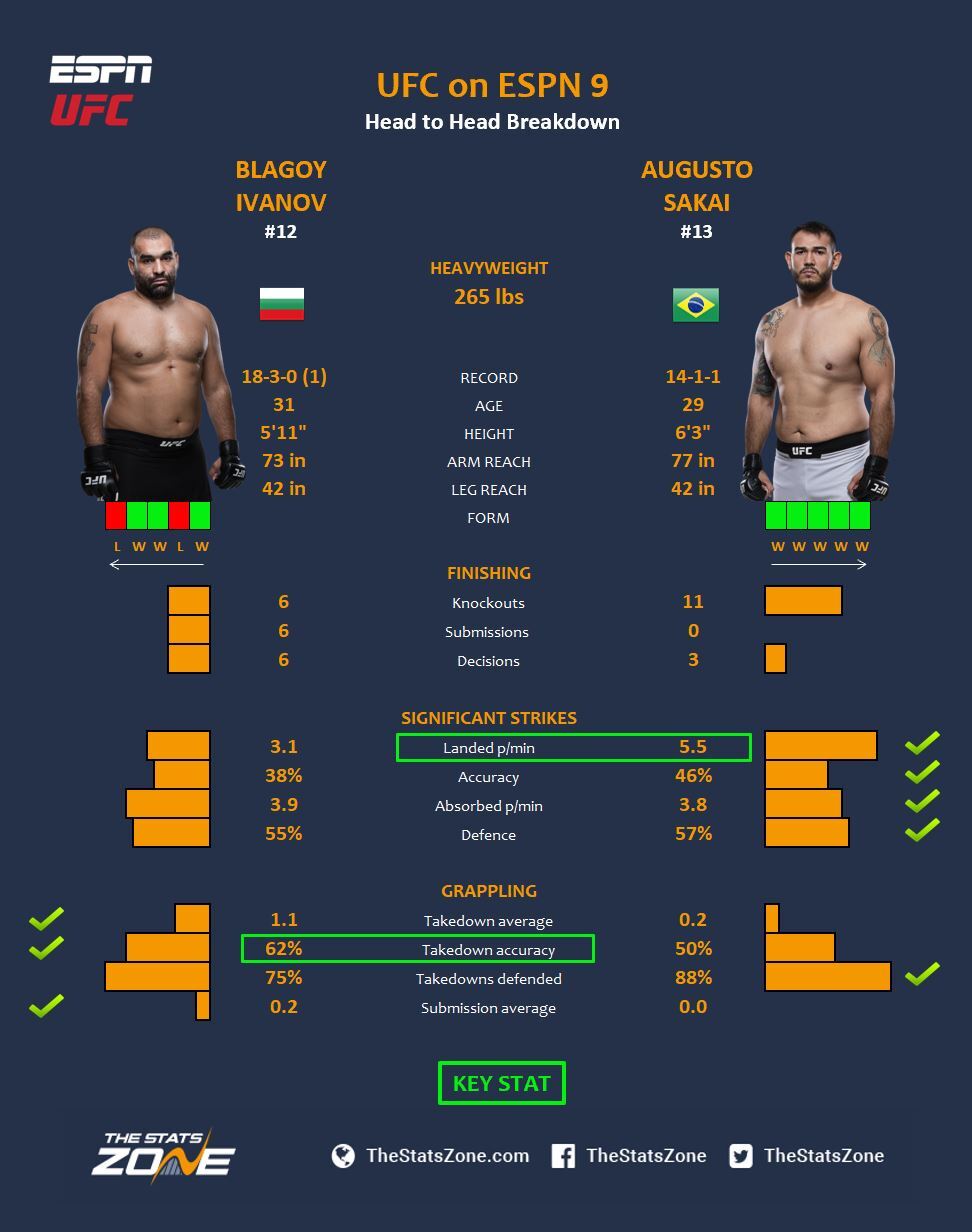 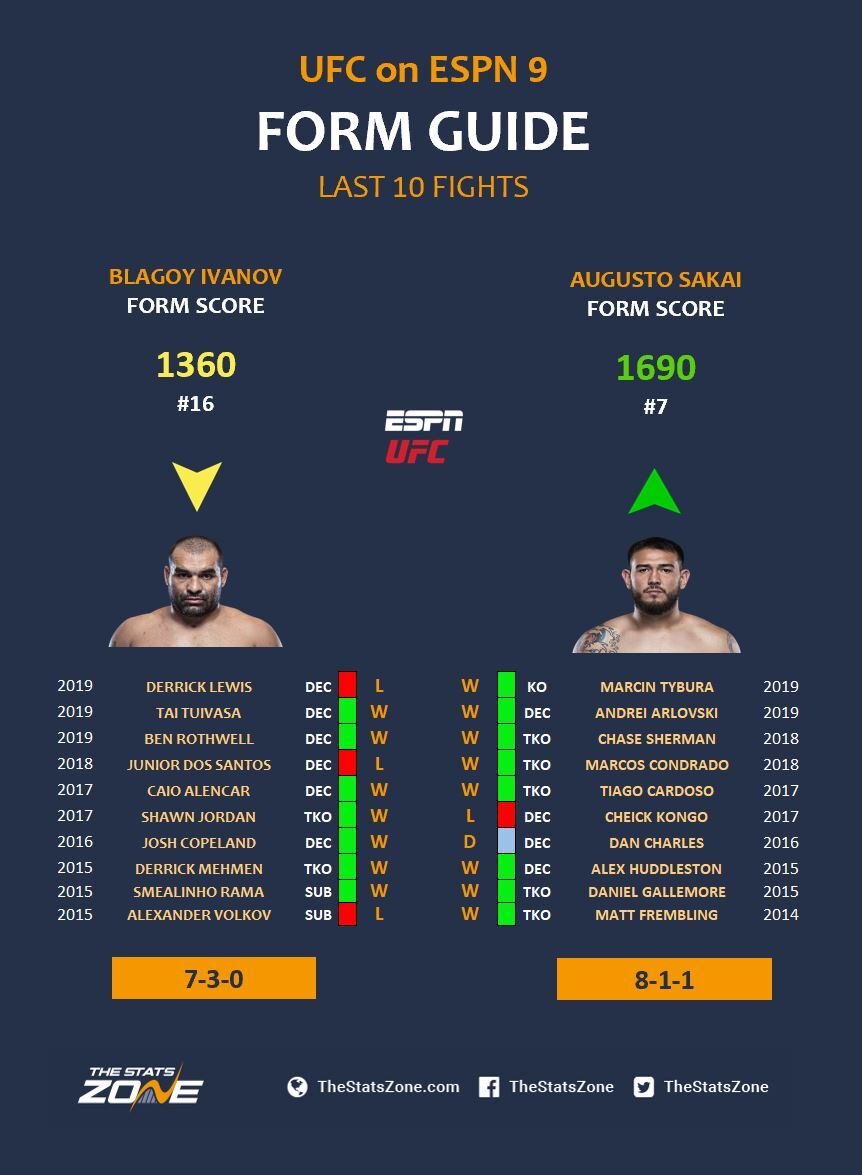 Blagoy Ivanov and Augusto Sakai look to poke their head out of a shallow heavyweight division as they co-main the first event at the UFC APEX facility.

Ivanov is coming off his third career loss which was a split decision against Derrick Lewis, but he was unlucky not to get the nod himself. This broke up two unanimous decision wins against Ben Rothwell and Tai Tuivasa after his loss to former champion Junior dos Santos.

Sakai is beginning to make a name for himself after a perfect start to his UFC career. After an impressive knockout of Marcos Conrado on Dana White’s Brazilian Contender Series, he earnt a debut fight against Chase Sherman and pulled off another late finish. He was then handed legend Andrei Arlovski and earnt a split decision but got back to ruthless ways with a first knockout over Marcin Tybura in his last fight.

Sakai is a knockout artist, but Ivanov possibly has the best chin in the UFC. He has eaten everything the likes of dos Santos, Tuivasa and Lewis have thrown at him. He is one hard Bulgarian and should be able to weather the Brazilian storm and wear Sakai down with a lot of clinch work to earn another decision.