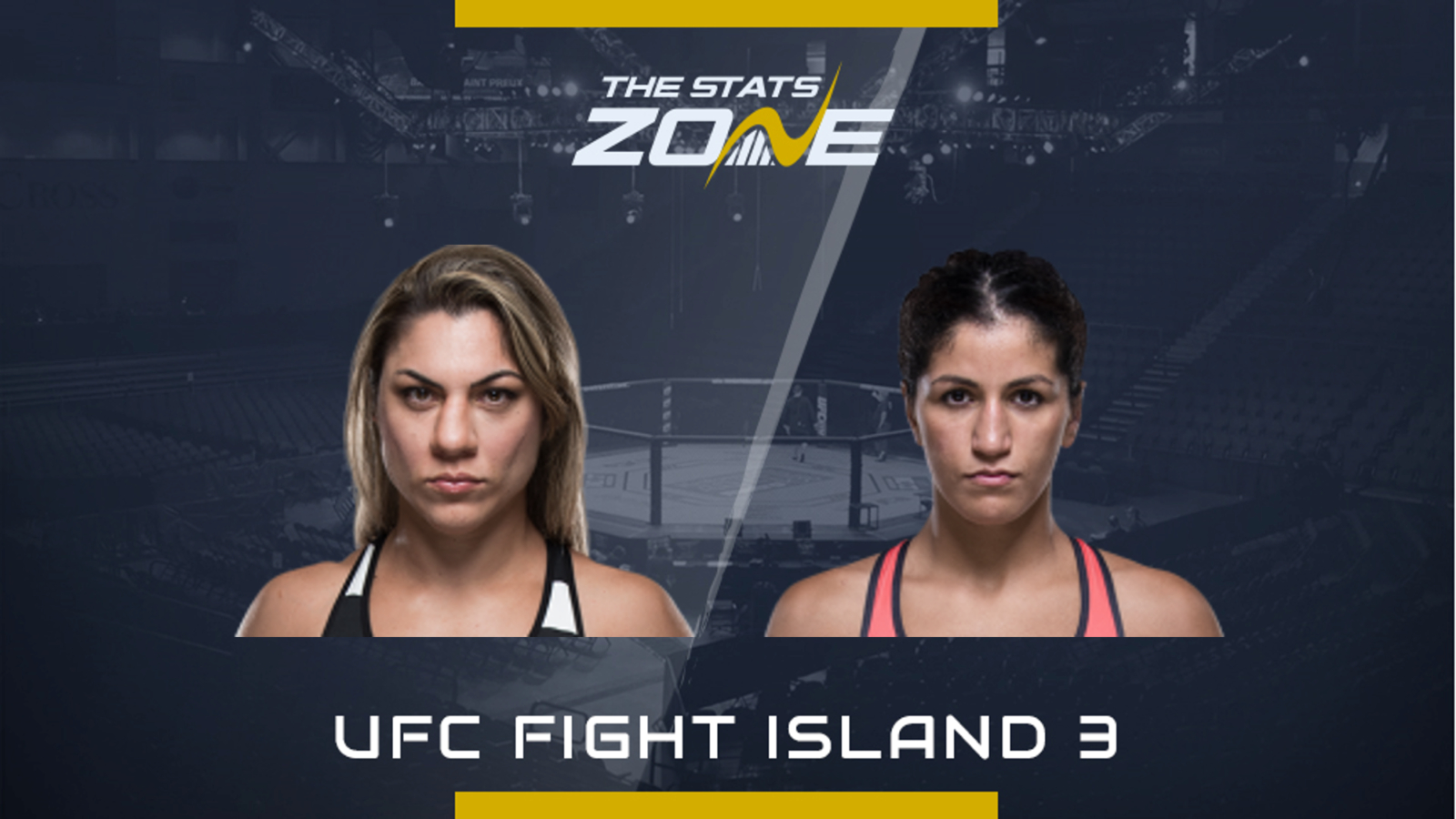 Even at the age of 37, Bethe Correia is looking to get her career back on track and potentially put a run together that will get her back into title contention. After a tough run where she lost four of six fights against the likes of Ronda Rousey, Holly Holm and Raquel Pennington, Correia beat Sijara Eubanks last time out in September 2019 and she is searching for back-to-back wins for the first time since 2014 here.

Iranian-born Swedish fighter Pannie Kianzad was scheduled to face Correia back in April but finally gets her chance against her on Fight Island. Kianzad brings a record of 12-5 into this bout and she comes off a unanimous decision win over Jessica-Rose Clark last November. Similar to Correia, the vast majority of her wins have come on the judges’ scorecards with nine decisions and three knockouts on her resume.

A fascinating matchup in the women’s bantamweight division as veteran Bethe Correia faces off against Pannie Kianzad. The two fighters have very similar records (Correia 11-4-1 and Kianzad 12-5) but Correia’s list of opponents is far superior to that of Kianzad’s. Correia has fought against some of the best in UFC history while the same cannot be said for Kianzad. While youth if firmly on Kianzad’s side, the experience of Correira can make the difference here and despite coming into this fight as an underdog, Correia is preferred in this bout.