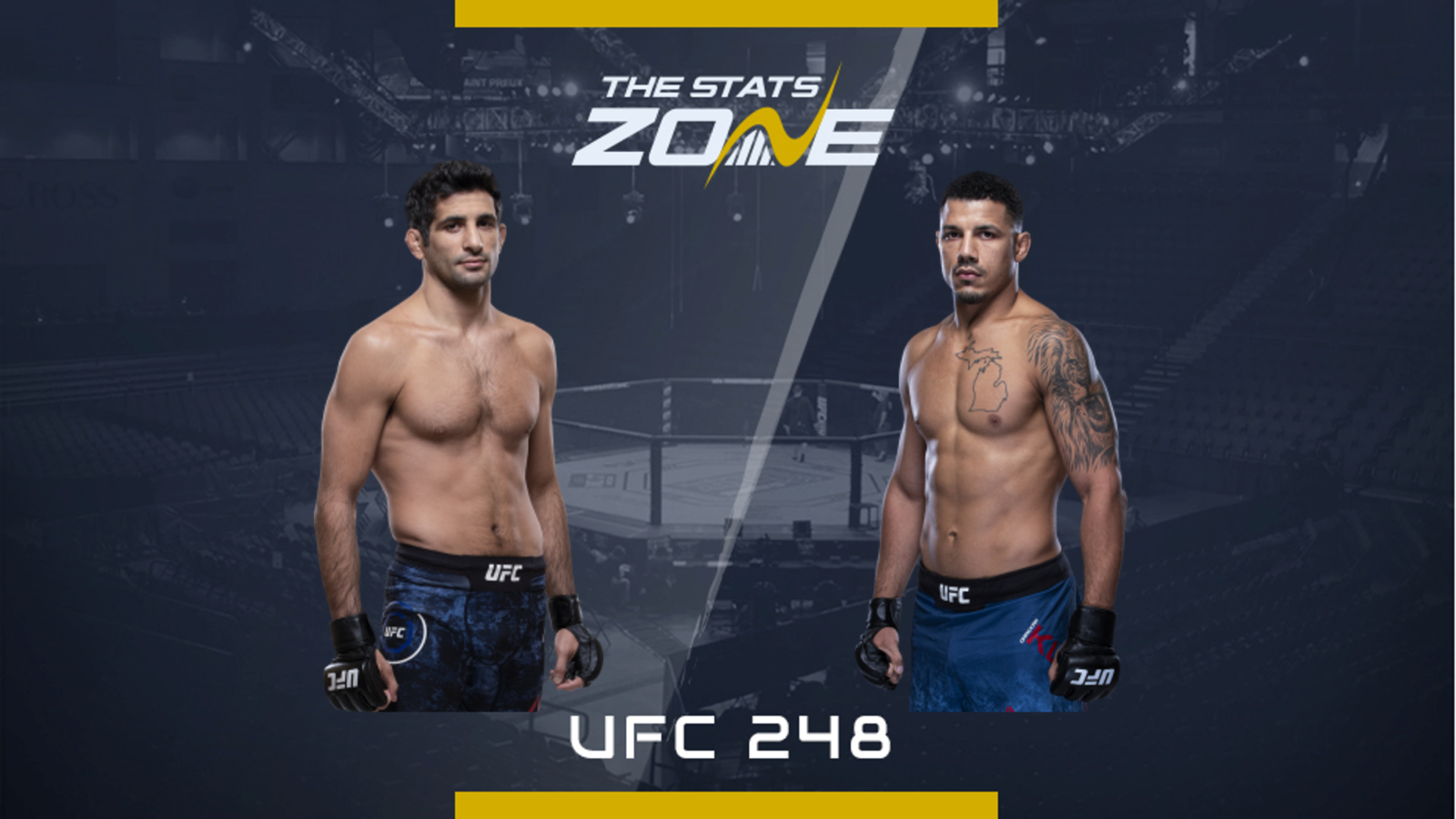 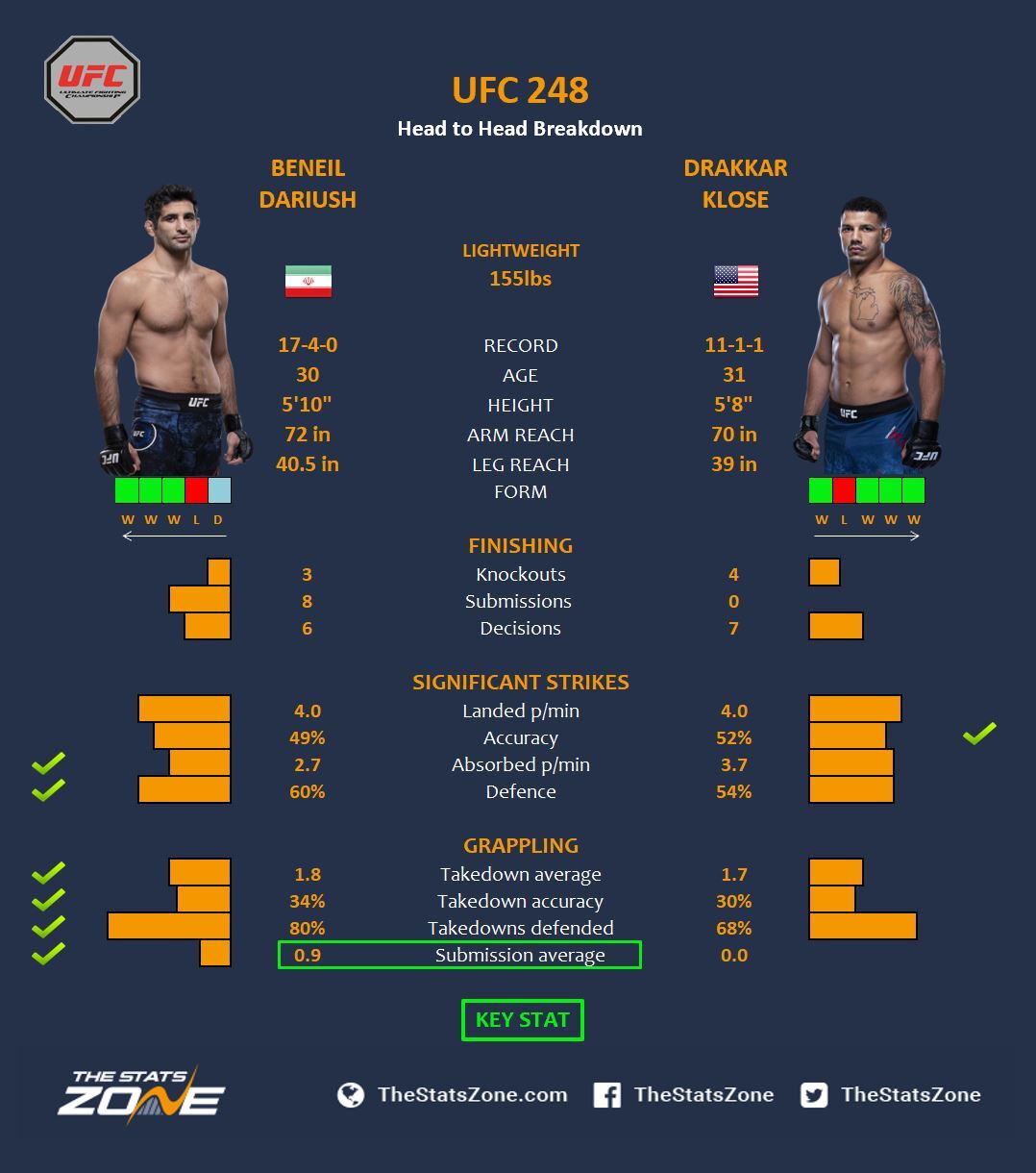 Dariush makes his 17th UFC appearance and has compiled a 11-4-1 record, which is very respectable, but to break the top ranks of the stacked lightweight division you need impeccable winning streaks. Dariush has all of the tools and big scalps of the likes of Rocco Martin, Carlos Diego Ferreira, Jim Miller and Michael Johnson and, after two brutal knockout losses to Edson Barboza and Alexander Hernandez sandwiching a draw against Evan Dunham, Dariush has strung three impressive wins together; outpointing Thiago Moises before submitting Drew Dober and Frank Camacho.

Klose only has one loss on his blossoming record, to David Teymur back in 2017. This was after winning his first two UFC fights and since his loss he is also on an impressive three-fight winning streak, earning classy unanimous decisions over Lando Vannata, Bobby Green and Christos Giagos.

Klose is a tough fight for the majority of the division right now and this should be a tight and gritty contest. However, Dariush’s experience should pay dividends as the fight progresses.

This should be an even contest starting on the feet and if Dariush can get the better of the exchanges, wear Klose down, and get him on his back, his elite jiu-jitsu should finish the job.