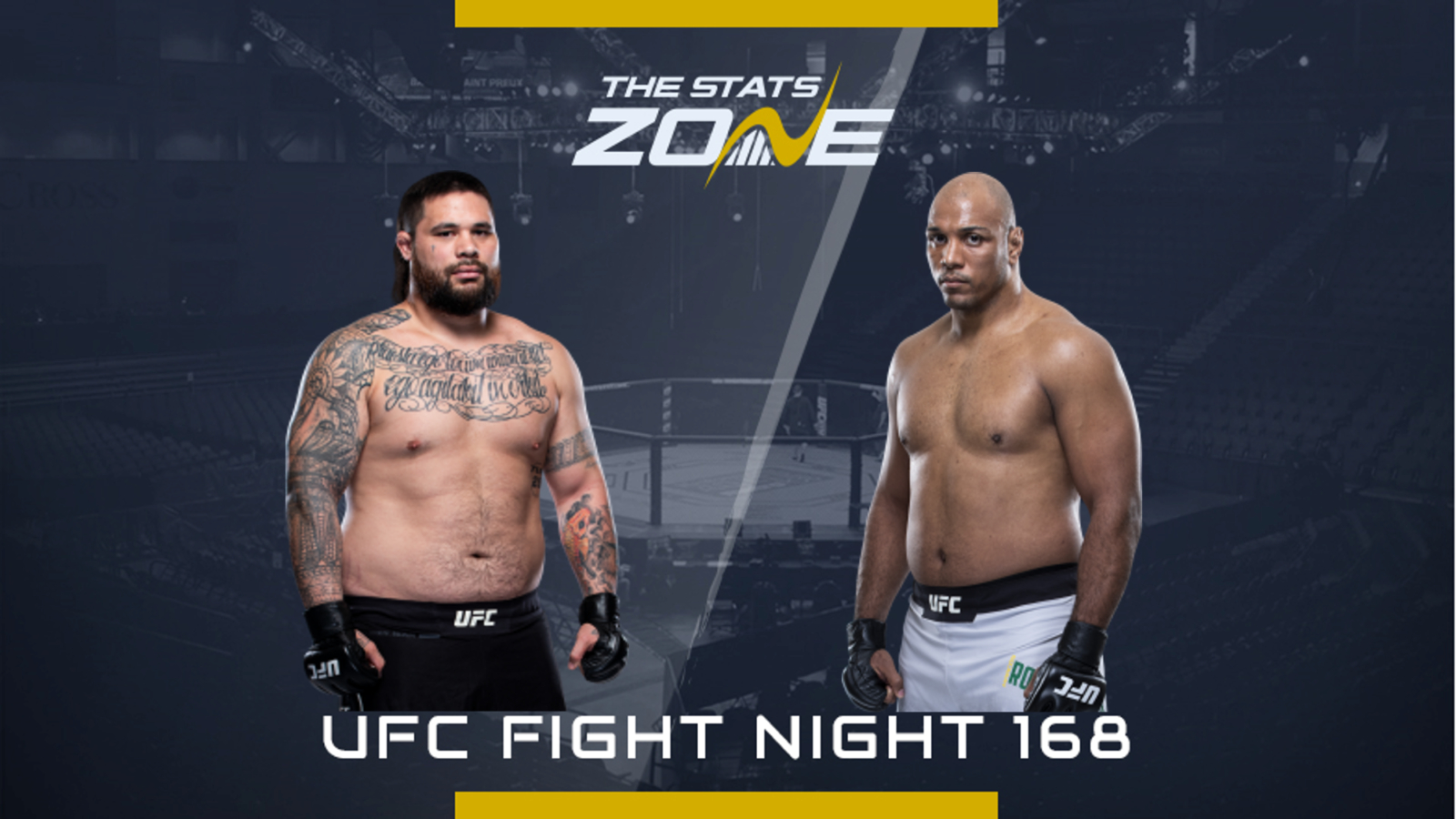 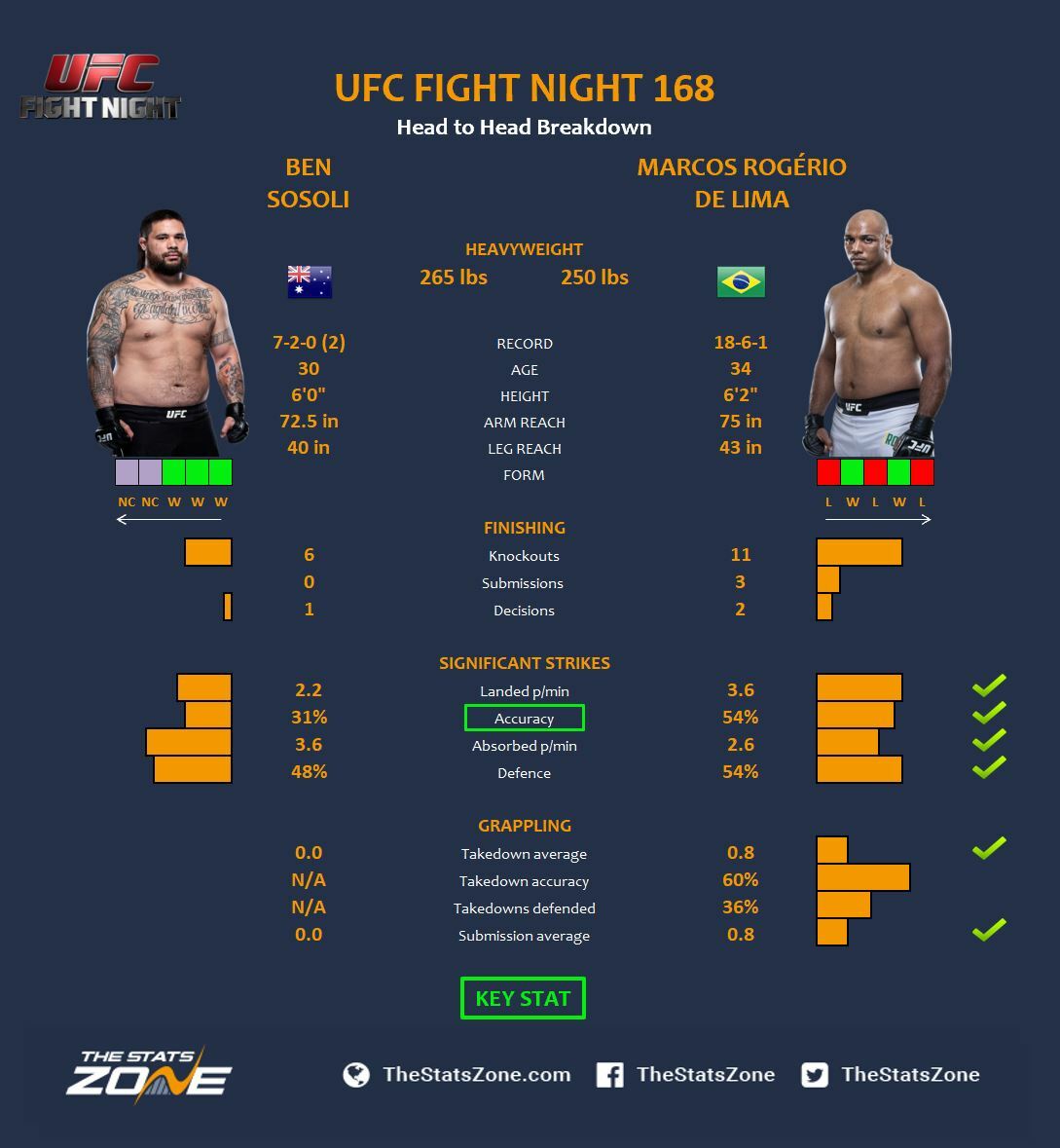 Marcos Rogerio de Lima is back in action after a year and takes on ‘The Combat Wombat’ Ben Sosoli who is looking for a result after two ‘no contests’.

Sosoli’s first ‘no contest’ occurred when he got a shot on Dana White’s Contender Series. He took on Dustin Joynson but after an accidental eye poke in the first round, Joynson could not continue. A huge anti-climax for Sosoli but a couple months later he got a dream opportunity to fight Greg Hardy, filling in for Jarjis Danho. He took Hardy to a decision for the first time in his career but lost with a unanimous verdict. However, Hardy inexplicably used an inhaler in between rounds - which is illegal - meaning the win had to be overturned.

De Lima appears for the first time since his submission loss to Struve. De Lima has had an ‘up and down’ time of it in the UFC and that is not just switching between heavyweight and light heavyweight. After winning his first two UFC fights, he has consecutively lost and won so he is hoping that sequence continues and he bounces back with another win, at least for this fight.

The Brazilian will be thankful his counterpart will be willing to stand and trade as opposed to grapple their way to a submission. This should be a tense battle and with their power a knockout could come in any round.

Sosoli has great hand speed and power but De Lima has the experience. He is a lot more comfortable and explosive at heavyweight and if he fights with relative caution and watches out for Sosoli’s overhand right he should be able to wait for openings and exploit them, with Sosoli’s chin pushing this to the bell.