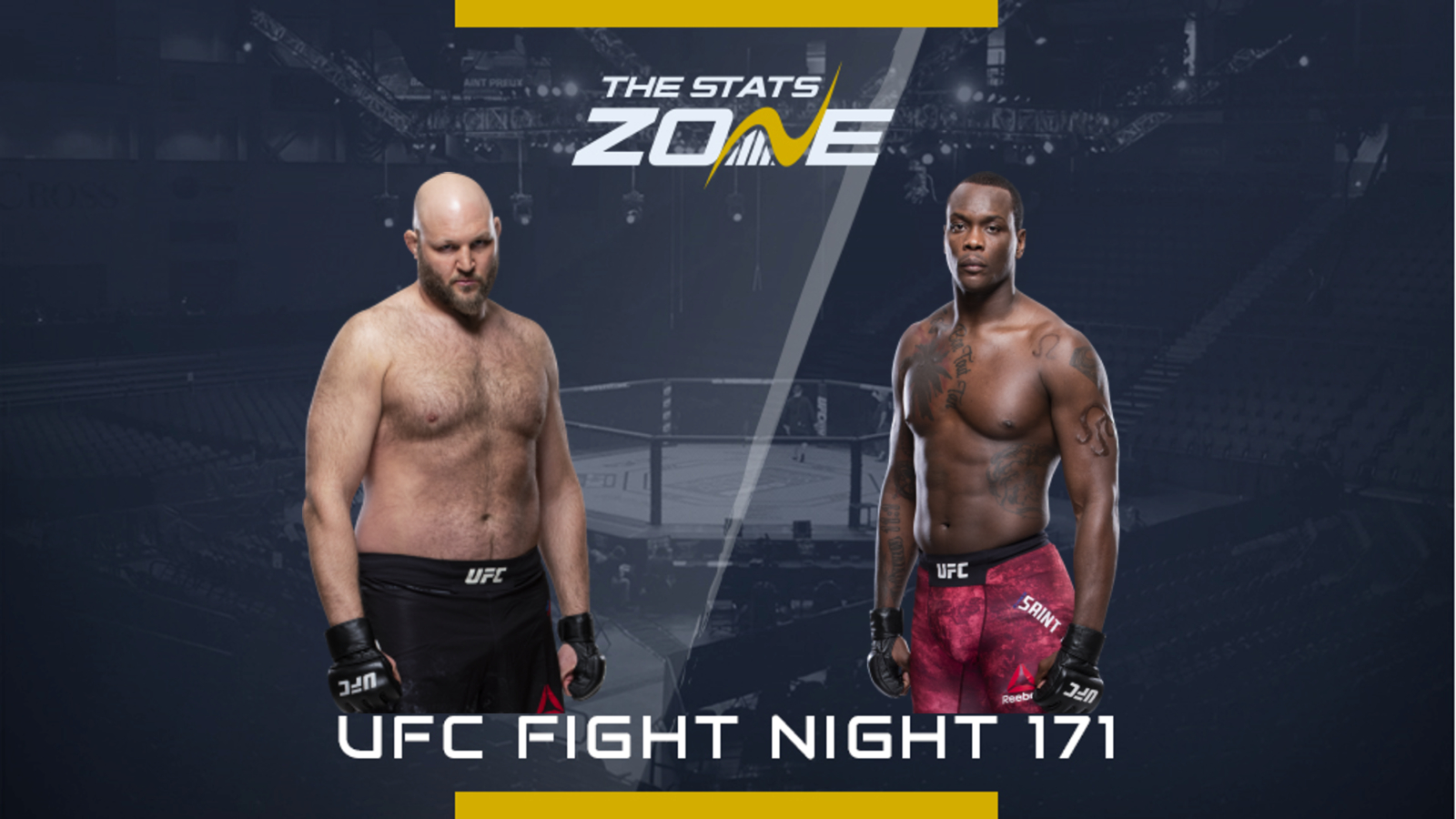 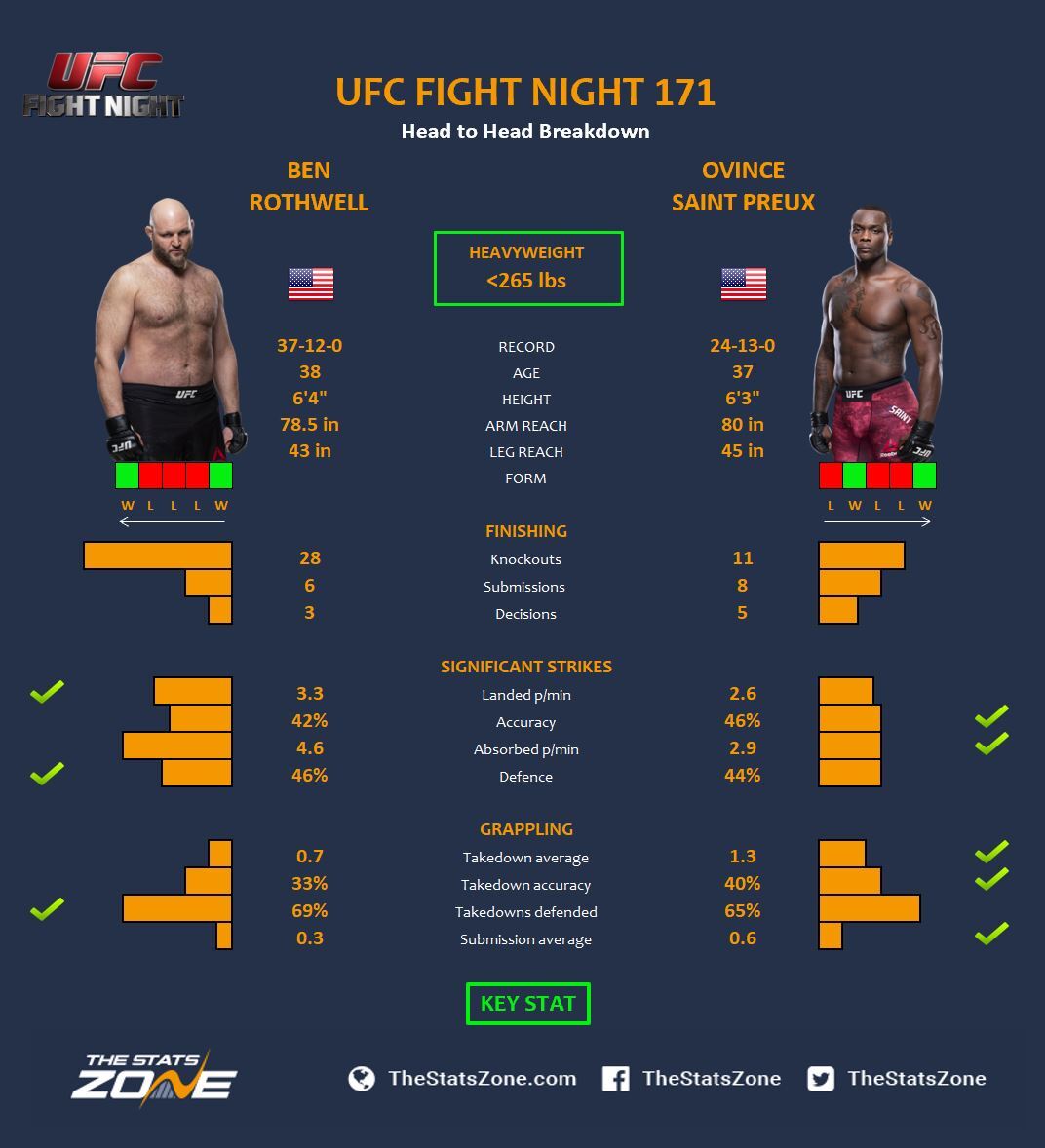 Ovince Saint Preux makes his debut at heavyweight and has been tasked with the rotund challenge of ‘Big’ Ben Rothwell.

Rothwell is fresh off his first win since January 2016 when he finished Stefan Struve at UFC on ESPN 7. It was his 28th knockout and came with great relief after losing his first two fights since serving his two-year ban for consuming a prohibited substance.

After his fights with Shamil Gamzatov and Ion Cutelaba both fell through due to the chaos surrounding Covid-19, Saint Preux is just hungry to fight even if that means taking on an opponent 60 lbs heavier. However, this is unlikely to be the start of a new chapter for Saint Preux especially as he is coming off a a dominant win and submission over Michal Oleksiejczuk.

Despite the jump in weight, Saint Preux will not be under powered. He is a huge light heavyweight and will even have a slight reach advantage over Rothwell who is expected to weigh in around the limit of 265 lbs.

So, Rothwell will have the weight advantage, but Saint Preux is an extremely strong grappler and will welcome the fight to go to the ground, but the biggest difference will be the speed. Saint Preux should be too quick for Rothwell and inflict all the damage on the feet as long as he keeps moving. Rothwell is very durable so Saint Preux may not be able to knock him out but may hurt him enough to set up a submission.