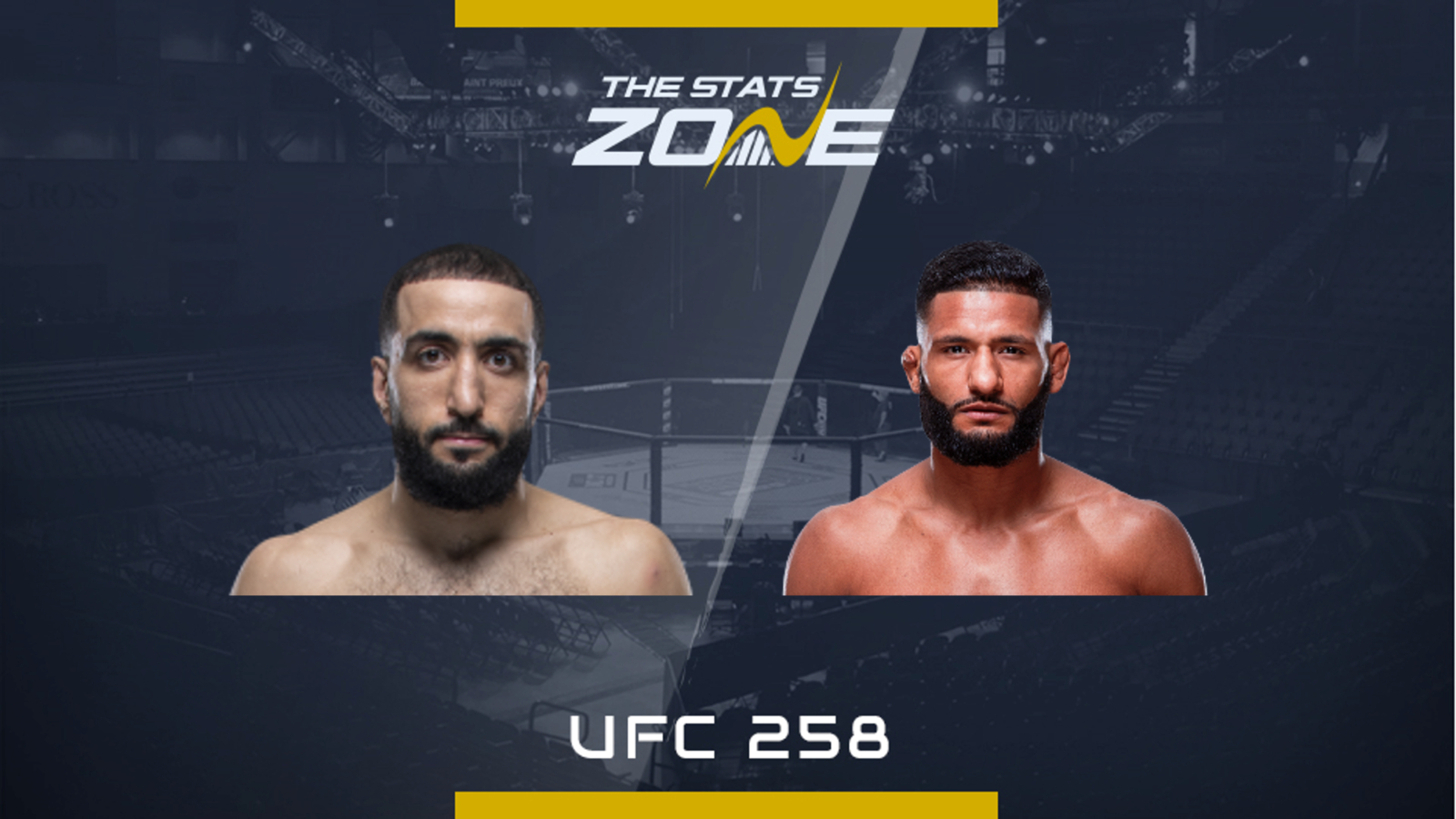 Where can I get tickets for UFC 258? Click here for the latest ticket information for UFC events

Where can I stream UFC 258? BT Sport subscribers can stream the fight online via the BT Sport website

After getting knocked out by Vicente Luque all the way back in 2016, Belal Muhammad (17-3) was steadily creeping up the welterweight ranks with four wins but ran into a Geoff Neal-shaped speed bump losing a unanimous decision two years ago. Now, he is back on the march with three quality wins over Curtis Millender (unanimous decision), Takashi Sato (submission) and Lyman Good (unanimous decision) last year.

Dhiego Lima (15-7) heads to the APEX for his first outing since October 2019 hoping to be another stumbling block for Muhammad. He is five fights into his second stint in the UFC and was fortunate to stay on the roster after losing his first two comeback fights to Jesse Taylor (submission) and Yushin Okami (unanimous decision). However, he showed his class by folding Chad Laprise with a beautiful lead left hook and then going on to earn split decisions over Court McGee and Luke Jumeau.

Lima has a quality skill set with bags of experience, but he just has not made any dent in the upper level of the UFC whereas despite his debut loss to Alan Jouban, Muhammad has only lost to top contenders with ferocious knockout power.

Lima is not on Luque and Neal’s level and Muhammad is a justified heavy favourite. Lima also has a damaged chin waiting to be hit but Muhammad has not knocked anyone out since 2016 so we expect him to grapple his way to a decision.