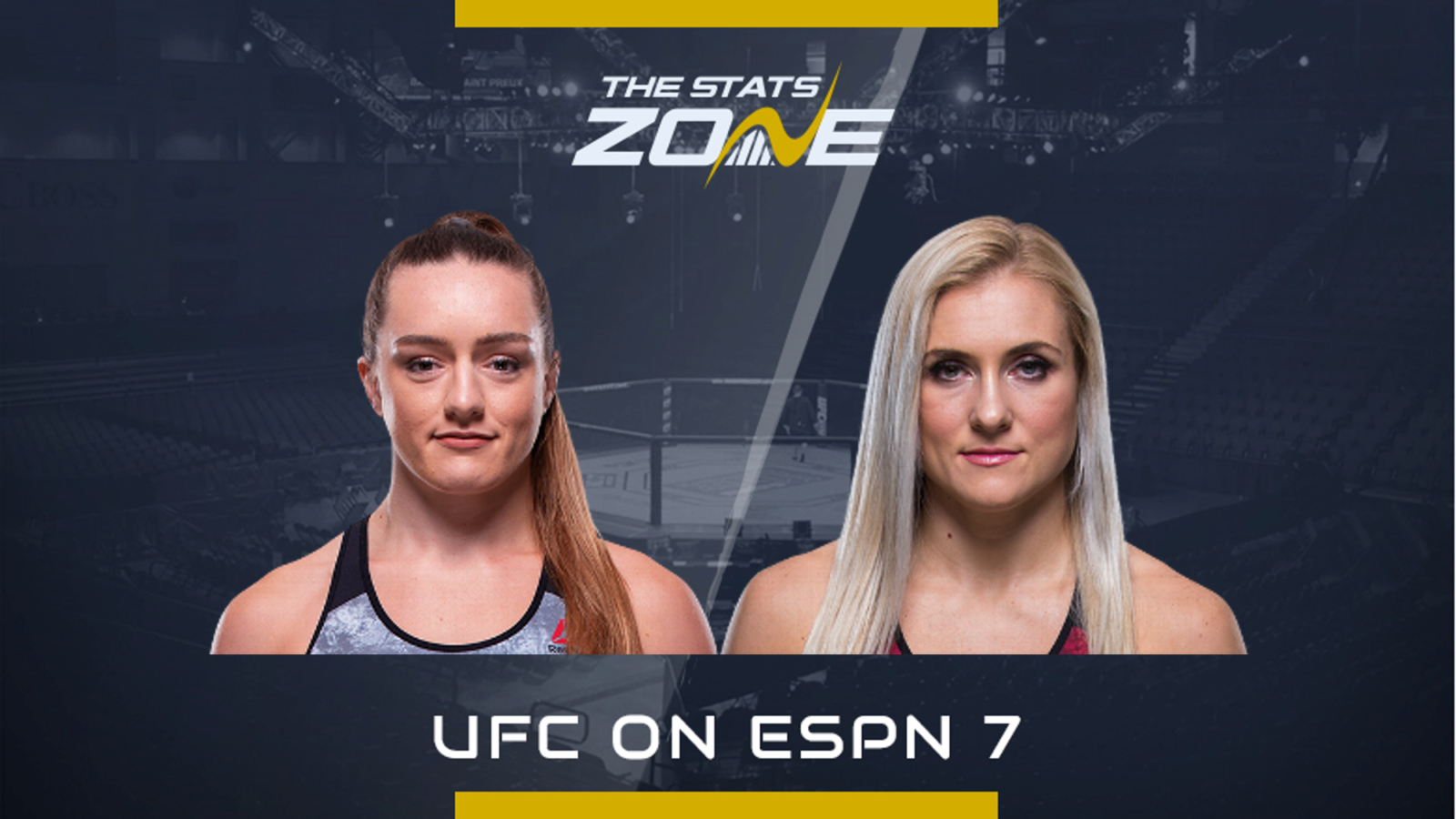 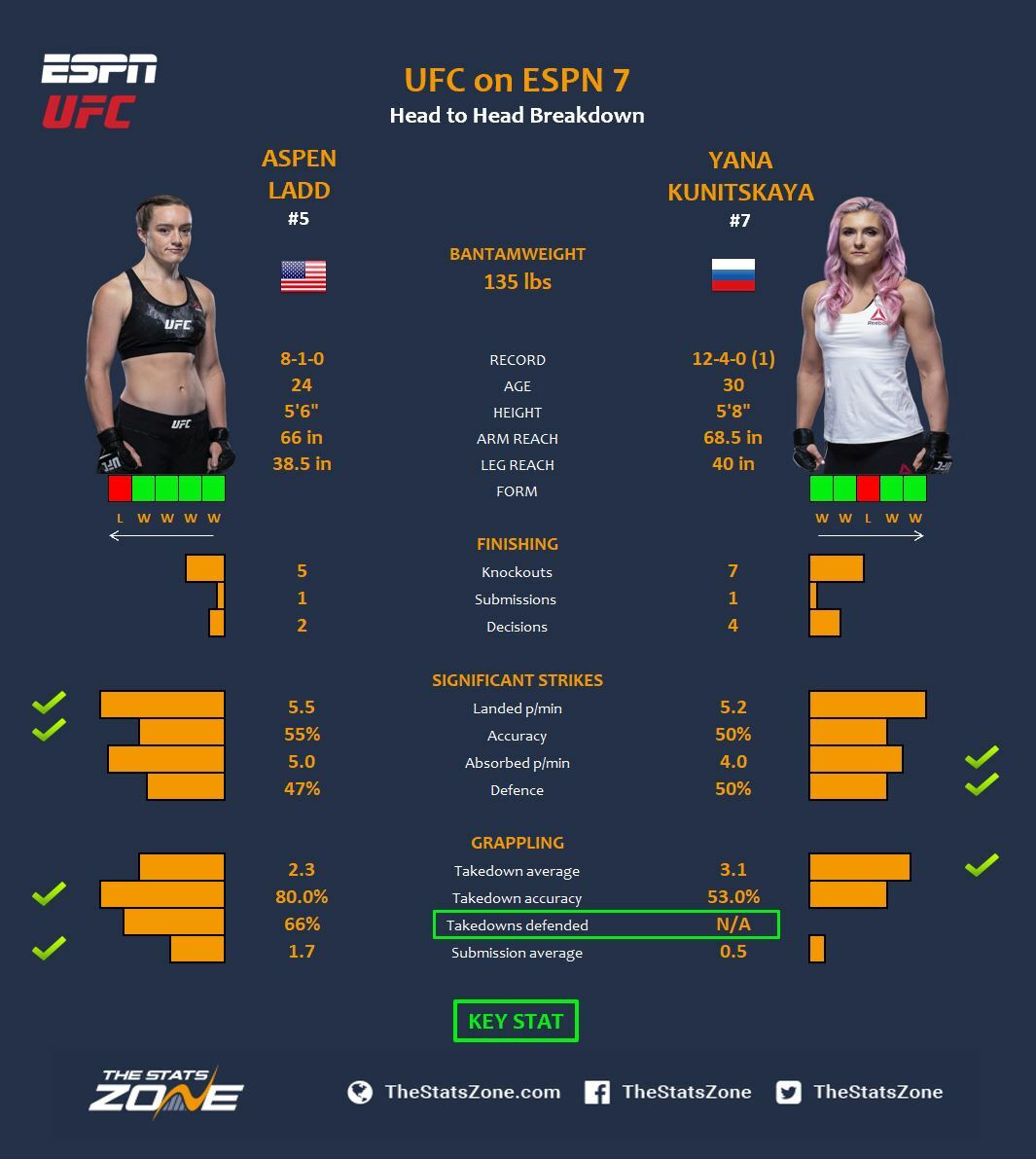 Aspen Ladd is coming off the first loss of her career and looks to get back to winning ways against the experienced Yana Kunitskaya.

Kunitskaya has strung two wins together after nominating herself as a sacrificial lamb for Cris Cyborg at featherweight. Bantamweight is clearly her division after two well-earned decisions over Lina Lansberg and Marion Reneau.

Kunitskaya is a well-rounded and seasoned fighter who will have the striking advantage over Ladd. However, Ladd has a chip on her shoulder and is likely to make a statement with her raw power and aggression. If she can take the Russian down easily, she should get back in the win column.