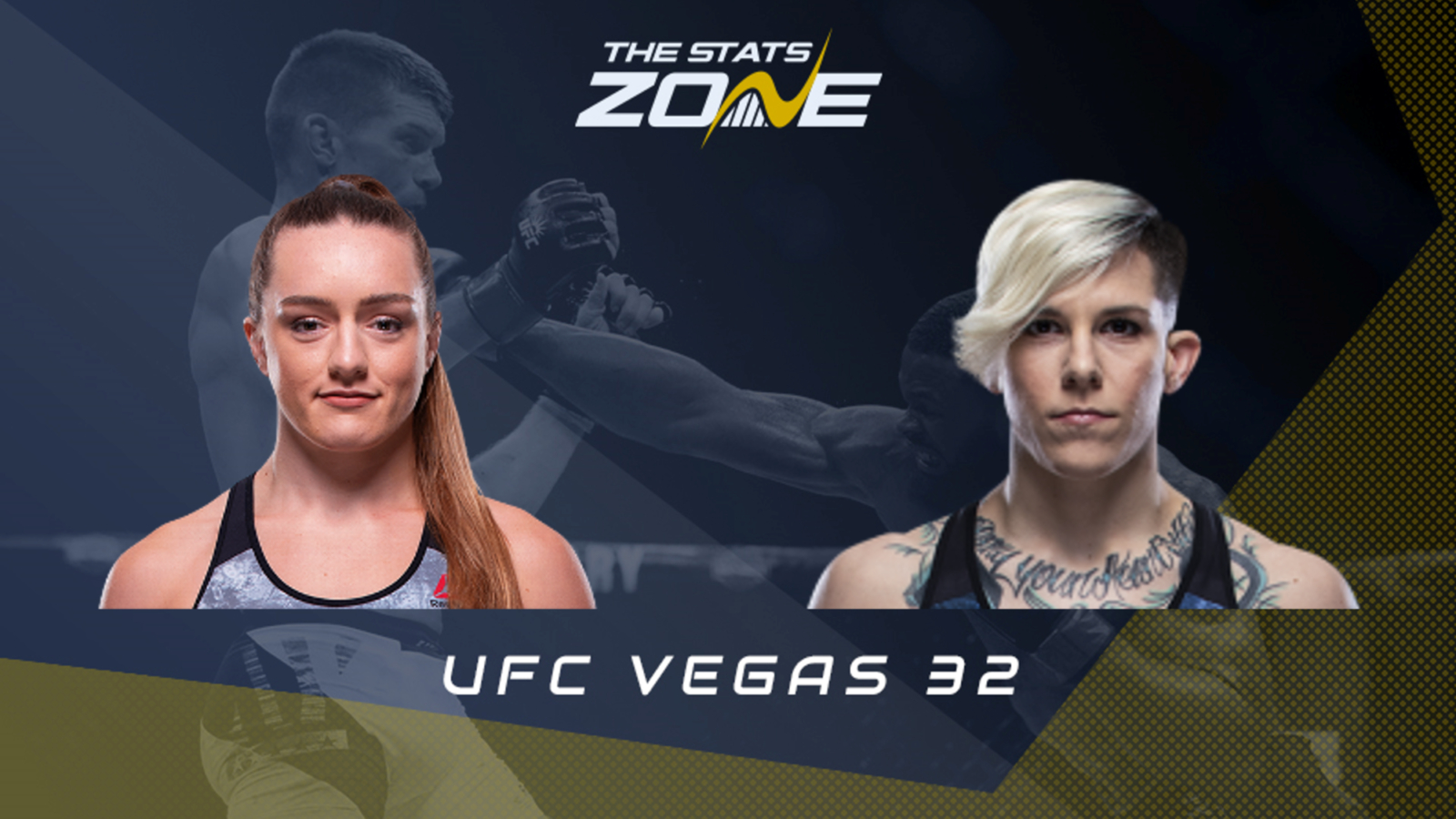 Aspen Ladd (9-1) is finally back in action after not having fought since December 2019. It was an unforgettable performance. After getting controlled in Yana Kunitskaya’s clinch for the best part of 10 minutes she received a pep talk from her cornerman to switch her into beast mode. She proceeded to charge at the Russian like a Rhino as the bell sounded for the third round, drop her with a clean left hand and finish Kunitskaya off with savage ground-and-pound. We wish we saw more attitude like than from fighters down on the scorecards.

Macy Chiasson (7-1) fights for the second time this year after only getting one outing in 2020. She eventually fought Marion Reneau after the veteran pulled out of two fights due to COVID-19 and when they met, Chiasson notched up her second unanimous decision win in a row after outpointing Shanna Young over a year prior. These two wins came after her first loss which was to Lina Lansberg in 2019 and now she is desperate to get a run going.

The UFC clearly want to give these ladies a push putting them on the co-main, and it is understandable as they are two of the more exciting and promising bantamweights in the division. Neither of them have been as active as they would have liked since joining the UFC and as for Ladd, she has been out recovering from an a terrible knee injury in training tearing her ACL and MCL.

Both have similar styles and are very powerful which should create an exciting fight. They are both strong wrestlers who are aggressive and throw heat. We can expect them both to throw bombing while walking into range and take any opportunity to get the fight to the floor and rain down ground-and-pound.

Do not expect much technique on the feet but if one of them land clean, they are getting dropped. There is not much between them besides Ladd’s experience fighting better competition. Expect reckless exchanges and shared takedowns creating a hard close fight. This can go either way, but we are backing Ladd to edge a decision.