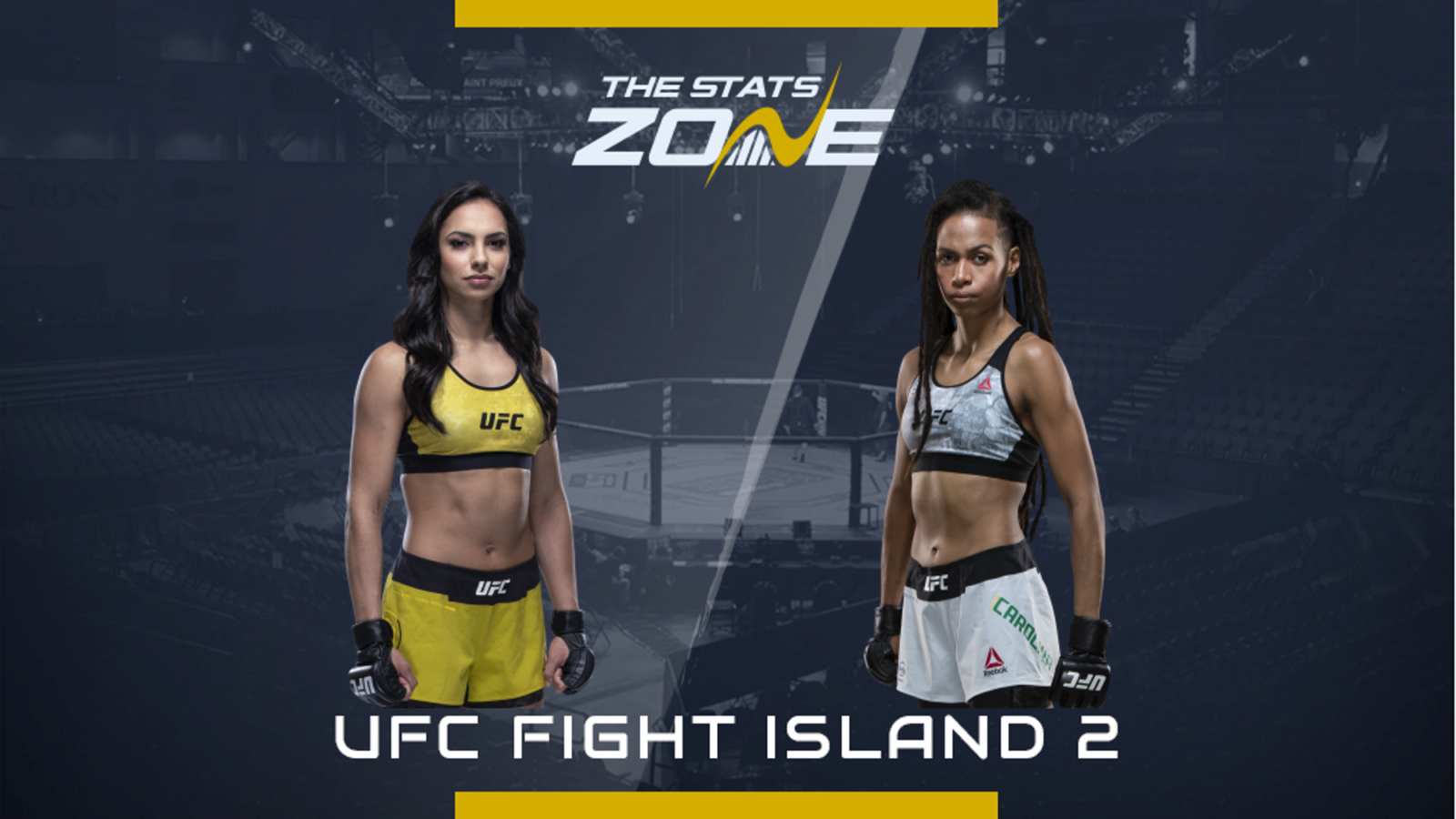 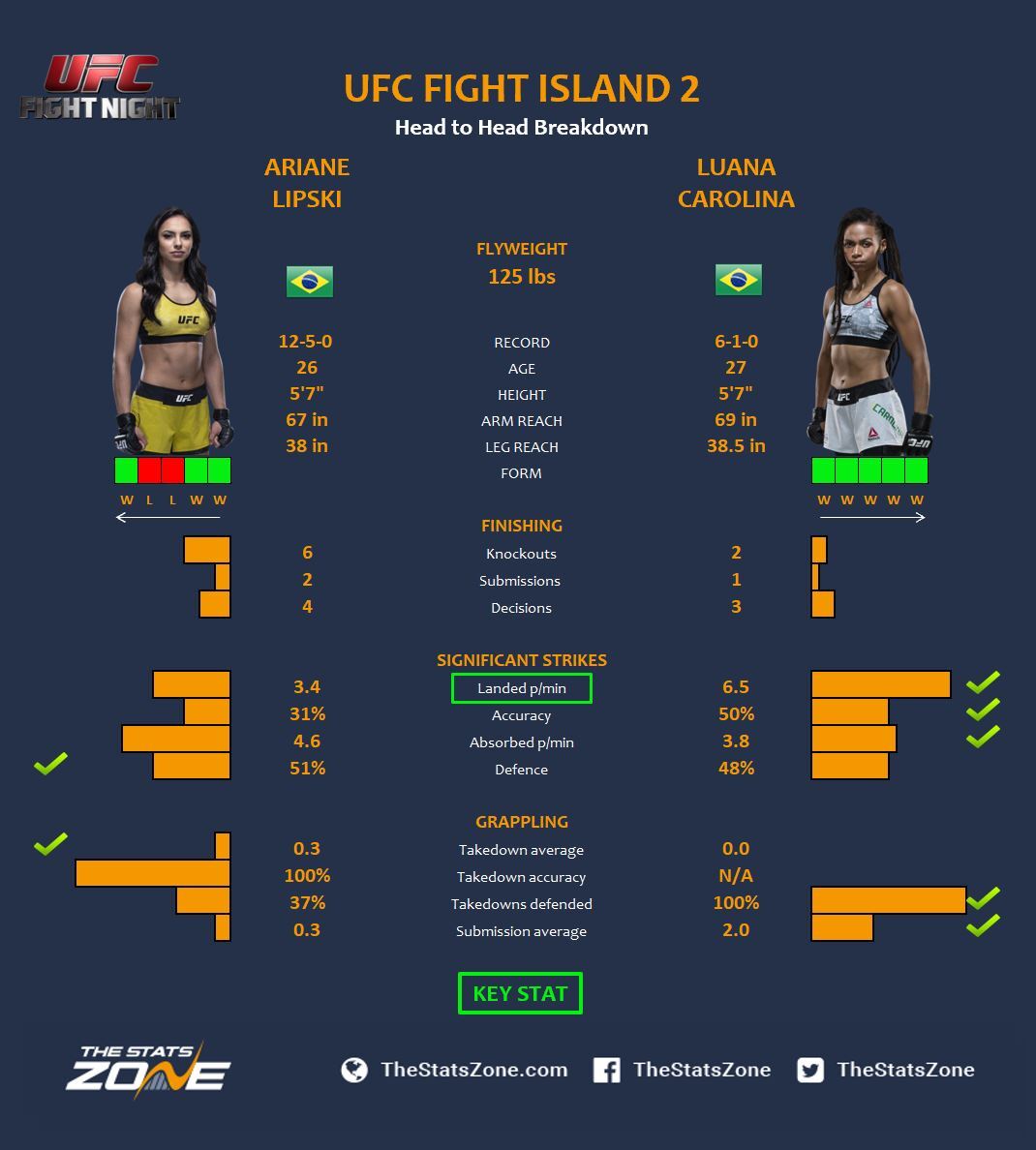 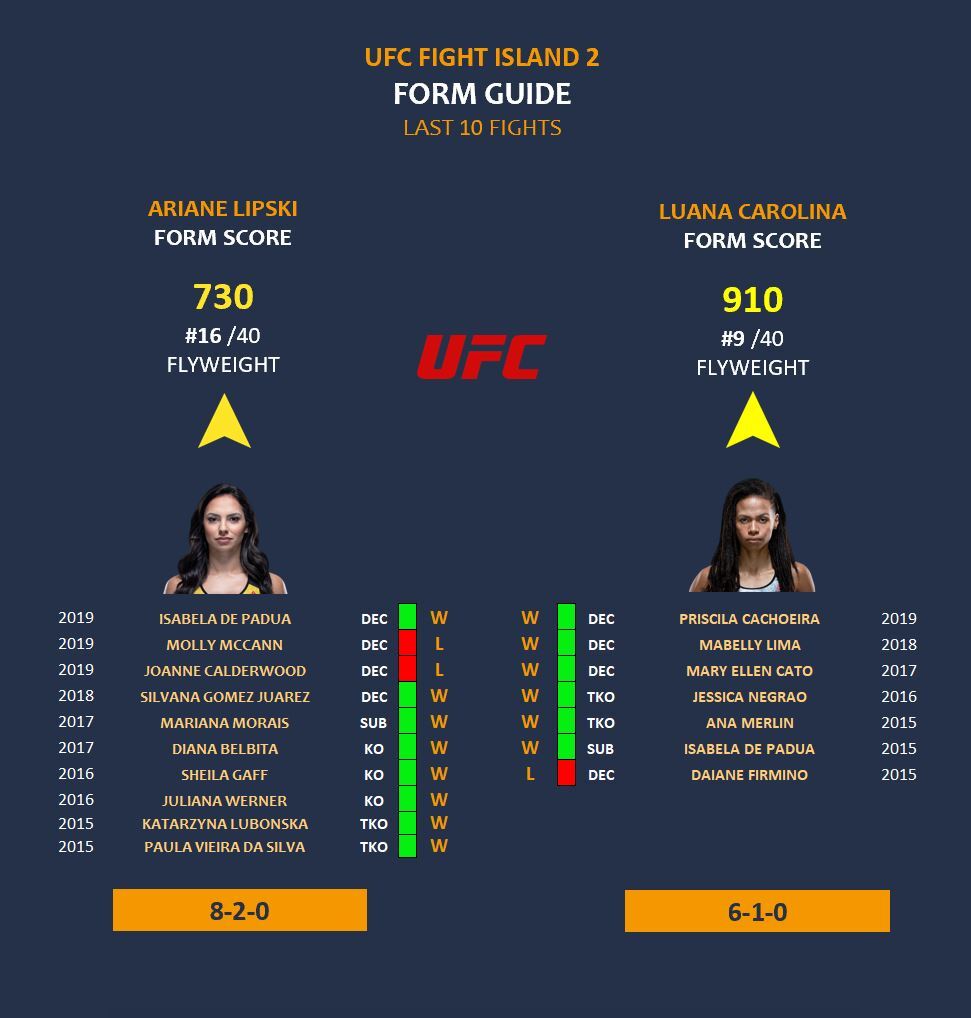 ‘The Queen of Violence’ Ariane Lipski returns to the octagon off the back of a unanimous decision win over Isabela de Padua back in November. This win came with great relief as it was in response to two losses in her first two UFC fights, losing unanimous decisions to Joanne Calderwood and Molly McCann.

Carolina has only had seven pro fights but breaks the top 10 most in form flyweights after winning six in a row and adding a UFC name to her record in her last outing. This was Priscila Cachoeira who she beat via unanimous decision back in May last year.

This should be a competitive scrap an exciting stand-up battle. They are both aggressive strikers who love to mix up their attacks. They always look to finish but this is likely to end in a decision.

Carolina looks like she could be a real threat in the division, but we just not have not seen enough of her yet and Lipski’s experience should make the difference here.