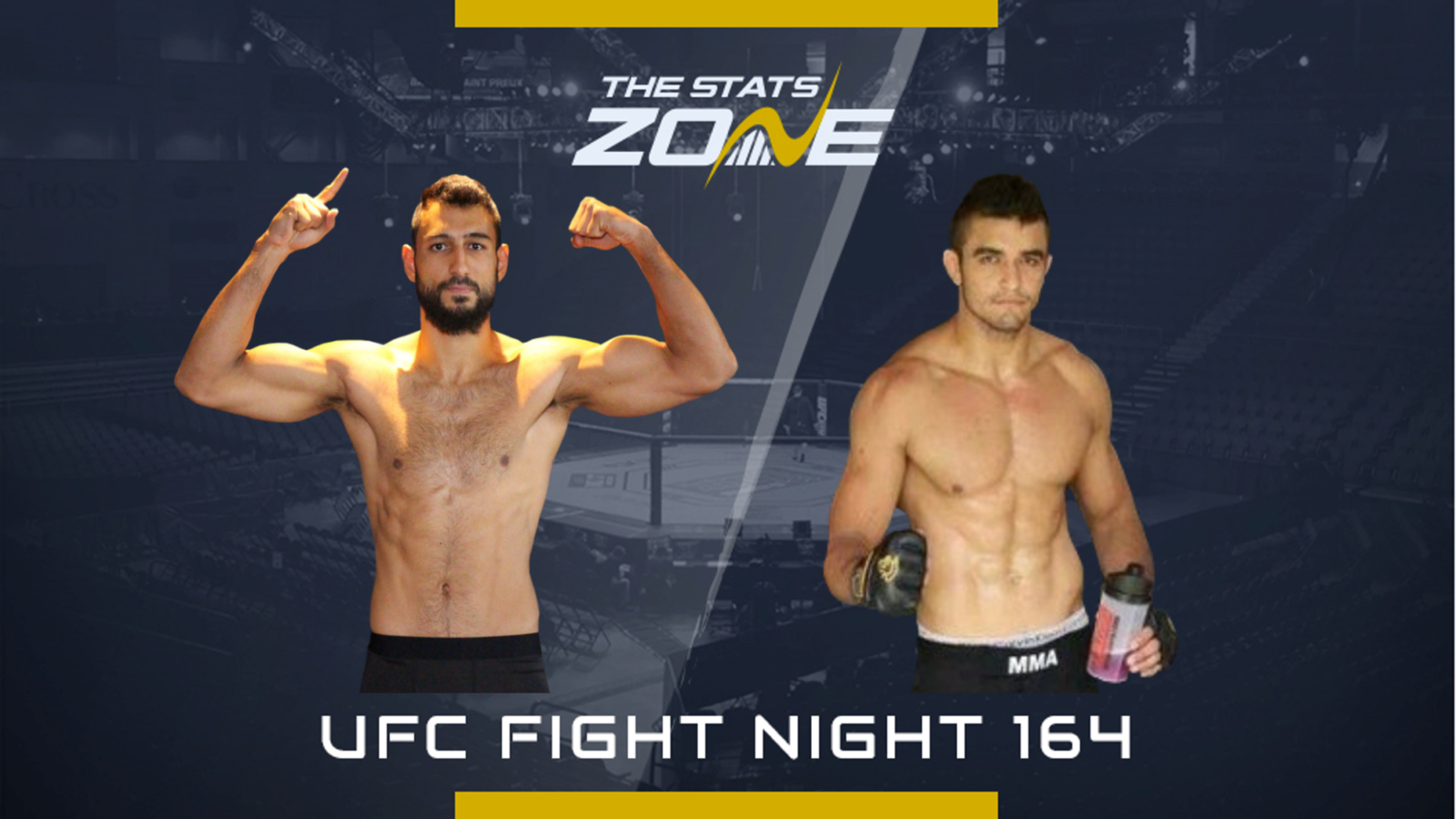 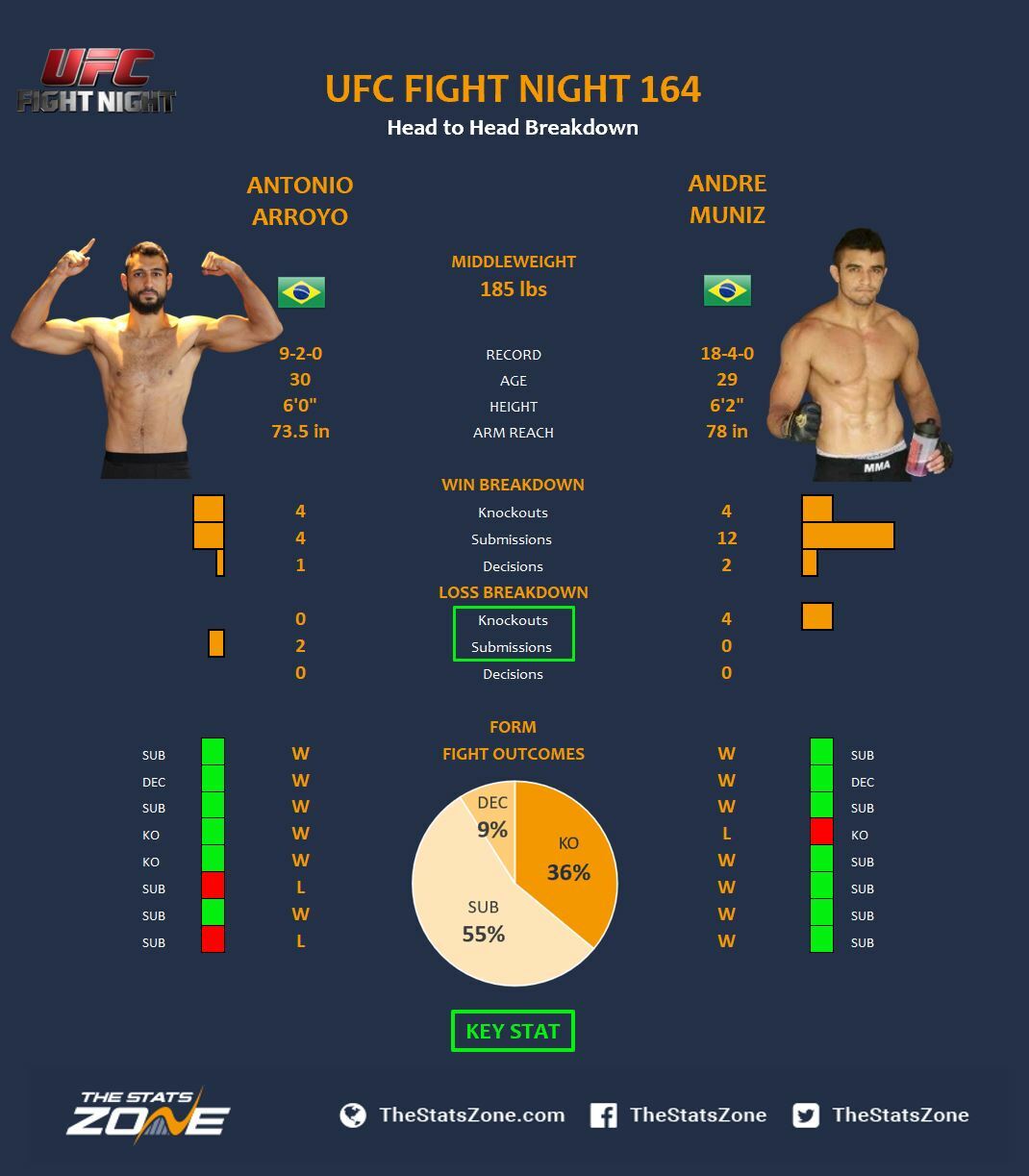 Two Brazilian debutants and graduates of Dana White’s Contender Series set out to start their UFC journeys with a bang as Antonio Arroyo and Andre Muniz collide.

After losing the second fight of his career against Herdem Alacabek for the Legacy Fighting Alliance, Arroyo has notched up five wins including two on Dana White’s Contender Series. He is coming off a unanimous decision over Diego Henrique da Silva back in August 2018 and followed that up with a second-round submission over Stephen Regman back in July.

Muniz is also coming off a decision and submission on the series; firstly a decision over Bruno Assis and then a submission over Taylor Johnson to extend his winning streak to four. This was in response to getting knocked out by Azamat Murzakanov but that is his only loss in 13 outings.

These guys have only gone to three decisions in their combined 33 fights and they are dangerous on the feet and on the ground. Muniz' main strengths lie in his grappling as a Brazilian jiu-jitsu black belt and Arroyo is a dangerous southpaw striker but they are skilled everywhere.

The finishing stats suggest an Arroyo knockout or a Muniz submission is most likely so it may come down to the strength of Muniz’ chin and strengths of Arroyo’s grappling, which is much better, so he gets the nod although this could go either way.