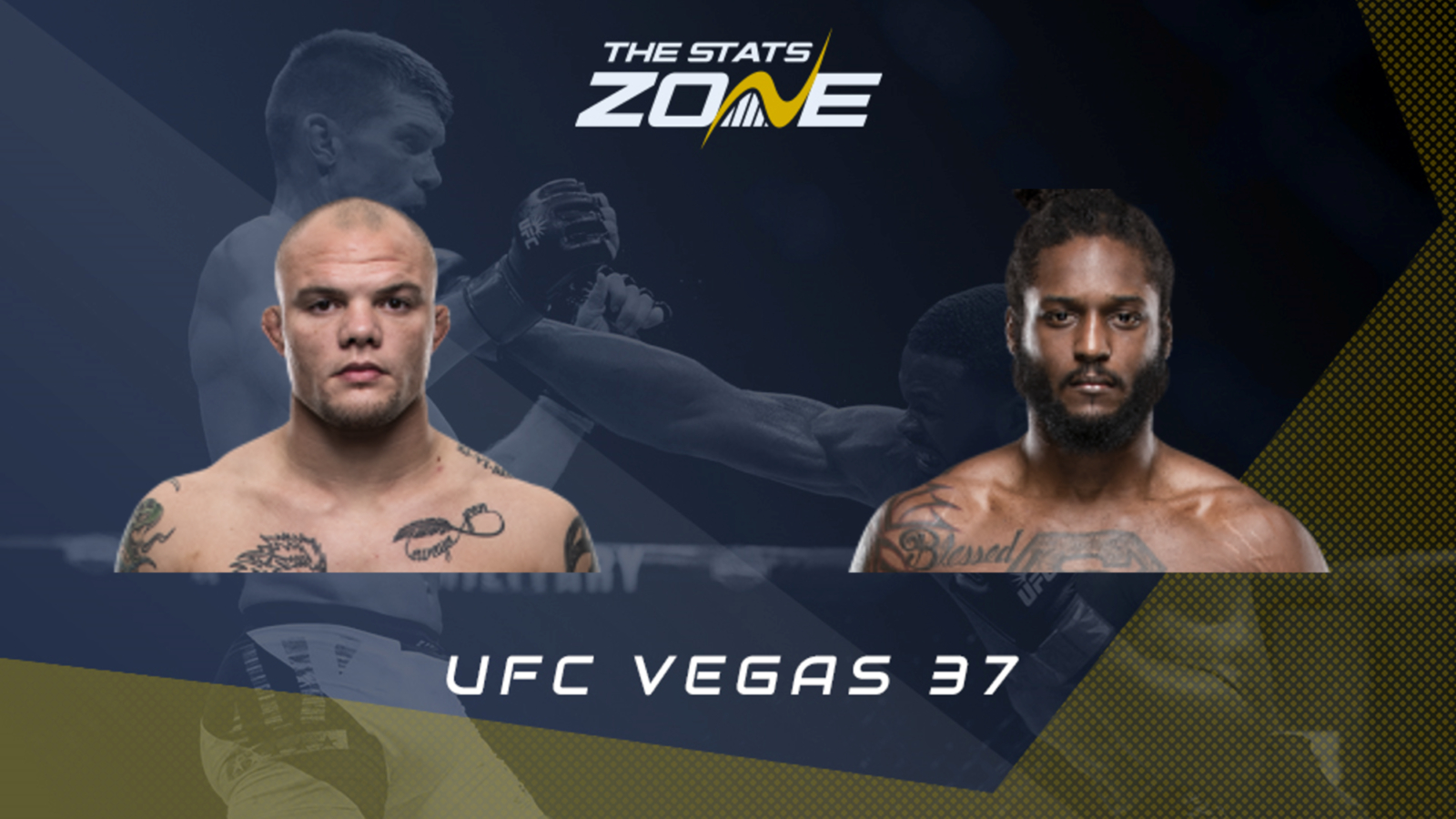 Anthony Smith (35-16) somehow headlines his seventh UFC event although he has won his last two fights. Jimmy Crute was very unfortunate after his foot decided to stop working after Smith caught a nerve with a leg kick, but Smith left no stone unturned five months prior in November submitting Devin Clark in the first round. Those wins came in response to a miserable 2020 getting mauled and TKO’d by Golver Teixeira and outpointed by Aleksandar Rakic.

Ryan Spann (19-6) headlines for the first time coming off a ‘performance of the night’. He made quick work of Misha Cirkunov finishing him in the first round to seal his fifth career knockout. It was the perfect response to getting ‘Travis Browne’d’ by Johnny Walker in a fight he should have put to bed. That knockout loss snapped an extremely impressive eight-fight win streak including four UFC dubs and now he is hoping to build another streak.

These guys match up similarly physically with Spann boasting a three-inch reach advantage They have both dabbled between middleweight and light heavyweight but they have found their home at 205 lbs.

This is the best opponent Spann has faced so far in his career although it really depends on what Smith turns up. He is very inconsistent, but he is capable of running through and submitting someone of the class of Alexander Gustafsson but getting simply embarrassed by Teixeira. He is a good striker and black belt in Brazilian jiu-jitsu but if he is not motivated, Spann has the finishing ability to humble him.

Spann should look to be the aggressor and set up heavy shots with his jab like he did to Walker who he dropped twice. If Spann is composed and comes in with a game plan he can hurt Smith early and conduct the tempo.

Smith has the experience to avoid Spann’s strengths on the feet with leg kicks. If he can chop Spann down before he eats the jab, then he can conduct the tempo himself. If he does, we can expect Smith to clinch up, spit out nasty elbows and work on a takedown.

Spann has good jiu-jitsu, but it is not on the level of Smith and if this fight goes past the third round his cardio will be tested and Smith can capitalize by wearing him down and even wrapping up a submission himself.

If Smith is on, he could make this look easy but if he is not motivated Spann could collect the biggest win of his career.