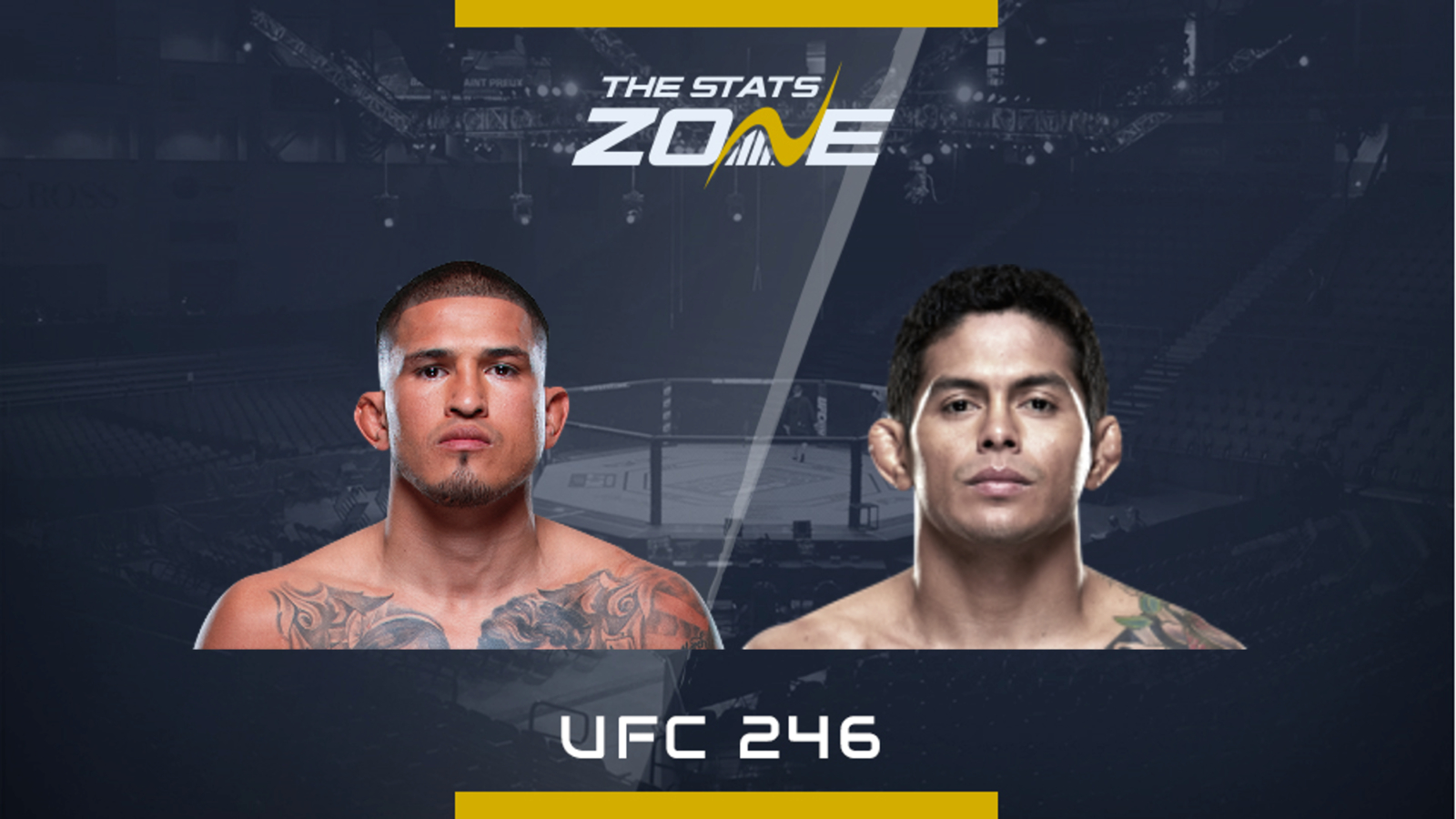 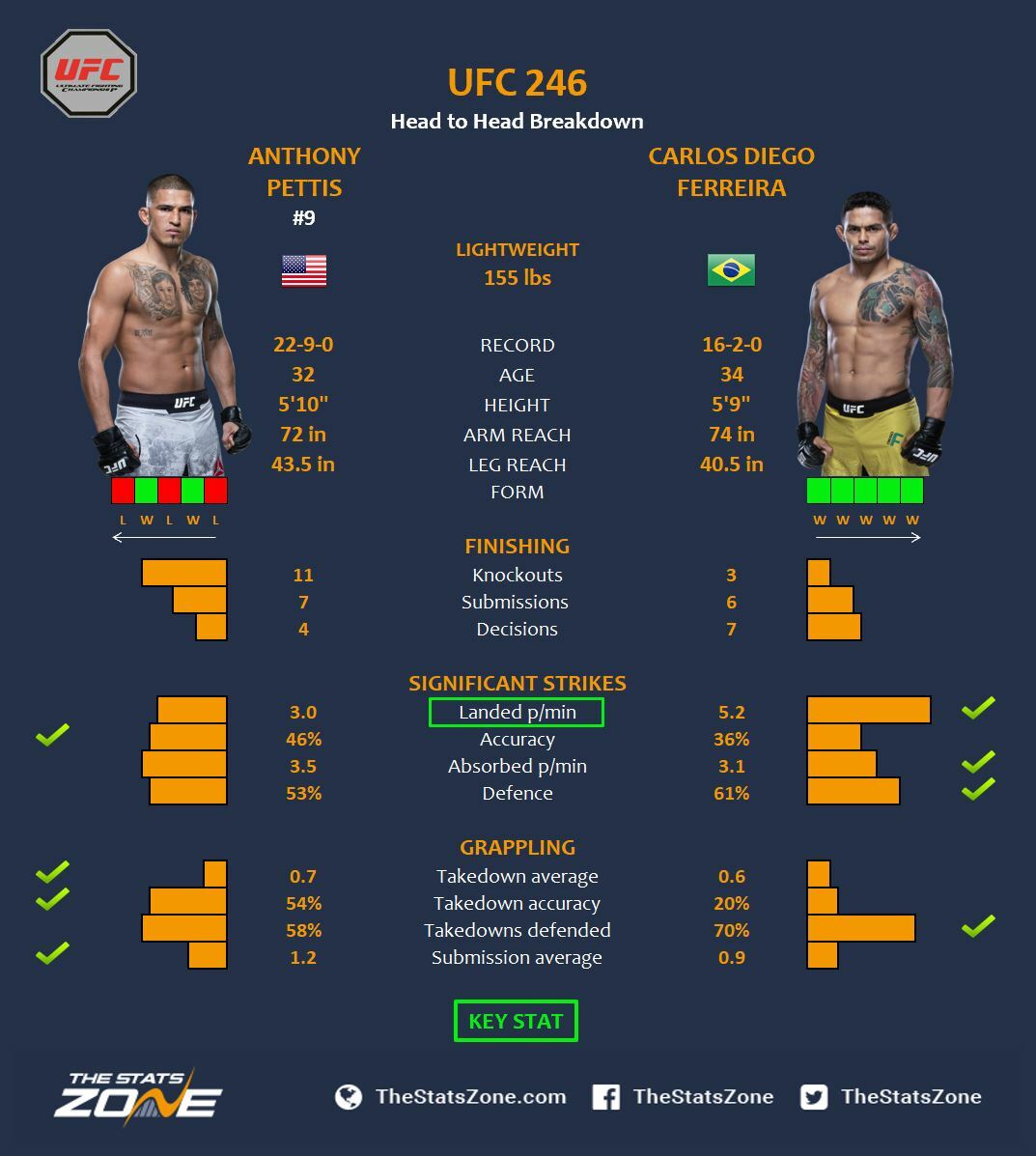 Anthony ‘Showtime’ Pettis moves back down to lightweight but no glamour match-up this time. Instead, an incredibly tough fight against Carlos Diego Ferreira.

Pettis has had a topsy-turvy time in the UFC. The former lightweight champion has not had one easy fight and duked it out in the featherweight and welterweight division. After submitting Chiesa and losing a bloody war against Tony Ferguson, he moved up to welterweight to take on one of the best technical strikers in the sport – Stephen Thompson. Pettis proceeded to live up to his nickname with an electrifying ‘superman punch’ to hand Thompson his first ever knockout loss. However, he was brought back down to earth with a dominant decision loss to Nate Diaz.

Ferreira has flown completely under the radar in the stacked division. He is on a five-fight winning streak but although there are no Hollywood names on the streak, they were all tough opponents. He earned a decision over Olivier Aubin-Mercier and then two years later knocked out Jared Gordon and Kyle Nelson. He is coming off two more unanimous decisions against beast grappler Rustam Khabilov and monster striker Mairbek Taisumov breaking their impressive winning streaks.

This fight will depend on what Pettis turns up. He has the skills to beat most lightweights on his day but if he does not treat Ferreira the same way as his previous elite opponents, he will be in for a shock.

Like Pettis, Ferreira is a phenomenal Brazilian jiu-jitsu practitioner and also dangerous on the feet. So, although there is little to gain for Pettis, he has to be motivated for this one. On the biggest stage, on a Conor McGregor card and the biggest name Ferreira has faced, motivation for him will be in abundance.