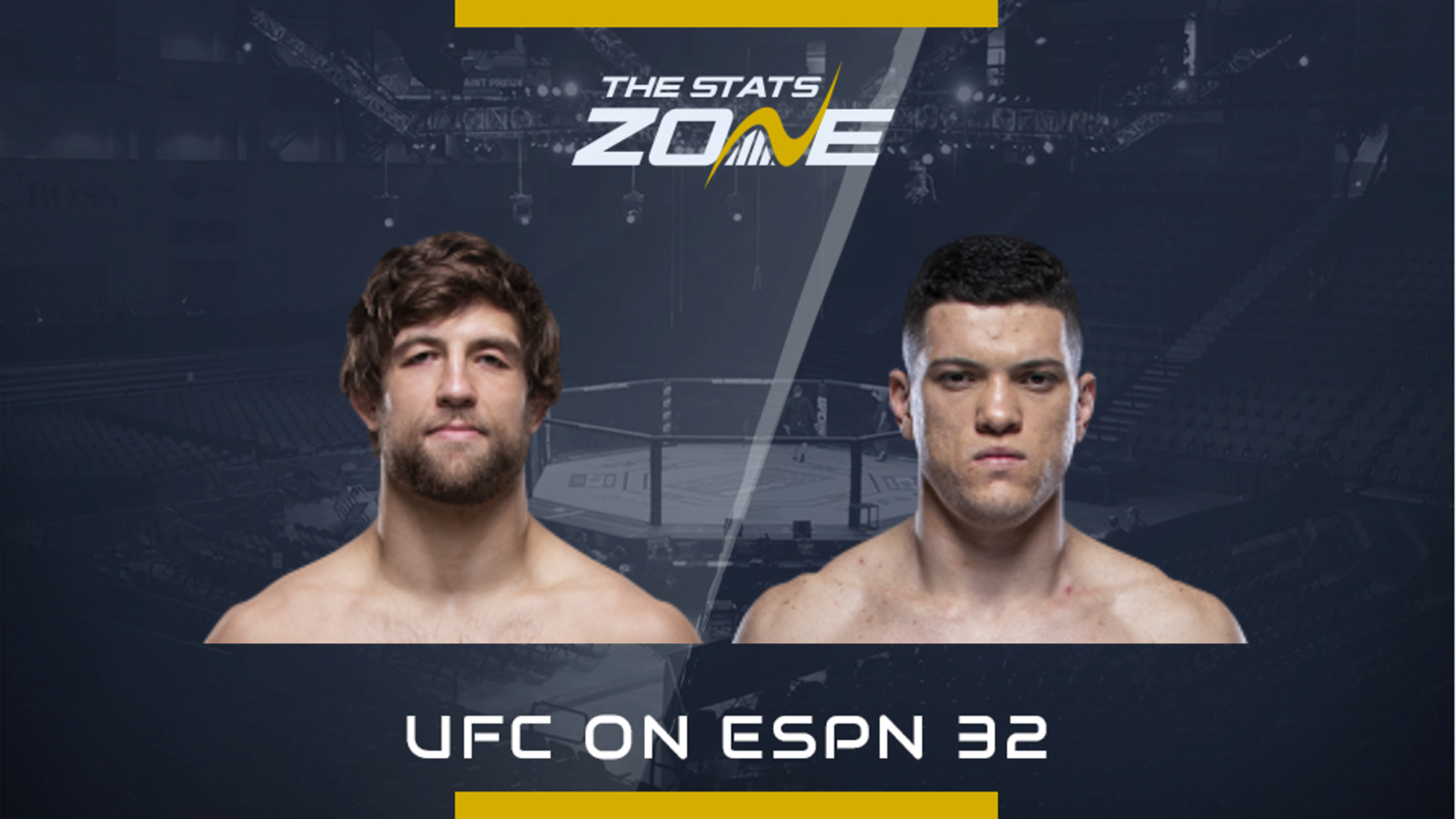 Andrew Sanchez comes into what will be his first fight in ten months as he saw his bout against Zak Cummings slated for April postponed due to the pandemic. His last fight came in October where he lost a unanimous decision at the hands of Marvin Vettori and that was his third loss in his last five fights. He will feel some pressure to get the win here although after two KO/TKO losses back in 2017, he has reverted to playing a little safe with all three fights since going the distance.

Wellington Turman is eight years younger than Sanchez but has had 19 professional fights with 16 wins and just three losses. All three of his defeats have come via the judges’ scorecards as he has never been stopped. Seven of his wins have come via submission, four knockouts and five by decision so he is well-rounded and has multiple ways to win. He only has two fights in the UFC compared to Sanchez’s seven, but that will not phase him and he has plenty of experience for somebody so young.

This is another entertaining fight scheduled for the undercard as Andrew Sanchez meets Wellington Turman. Sanchez is strong in all areas but there are question marks over his chin. Since suffering two consecutive knockouts three years ago, he has switched to a more cautious style which may be to his detriment in a fight like this. He is coming up against a talented young Brazilian who will have plenty of energy, has superb submission skills and enough power to trouble him. Everything points towards Turman in getting the win even if Sanchez manages to go the distance.