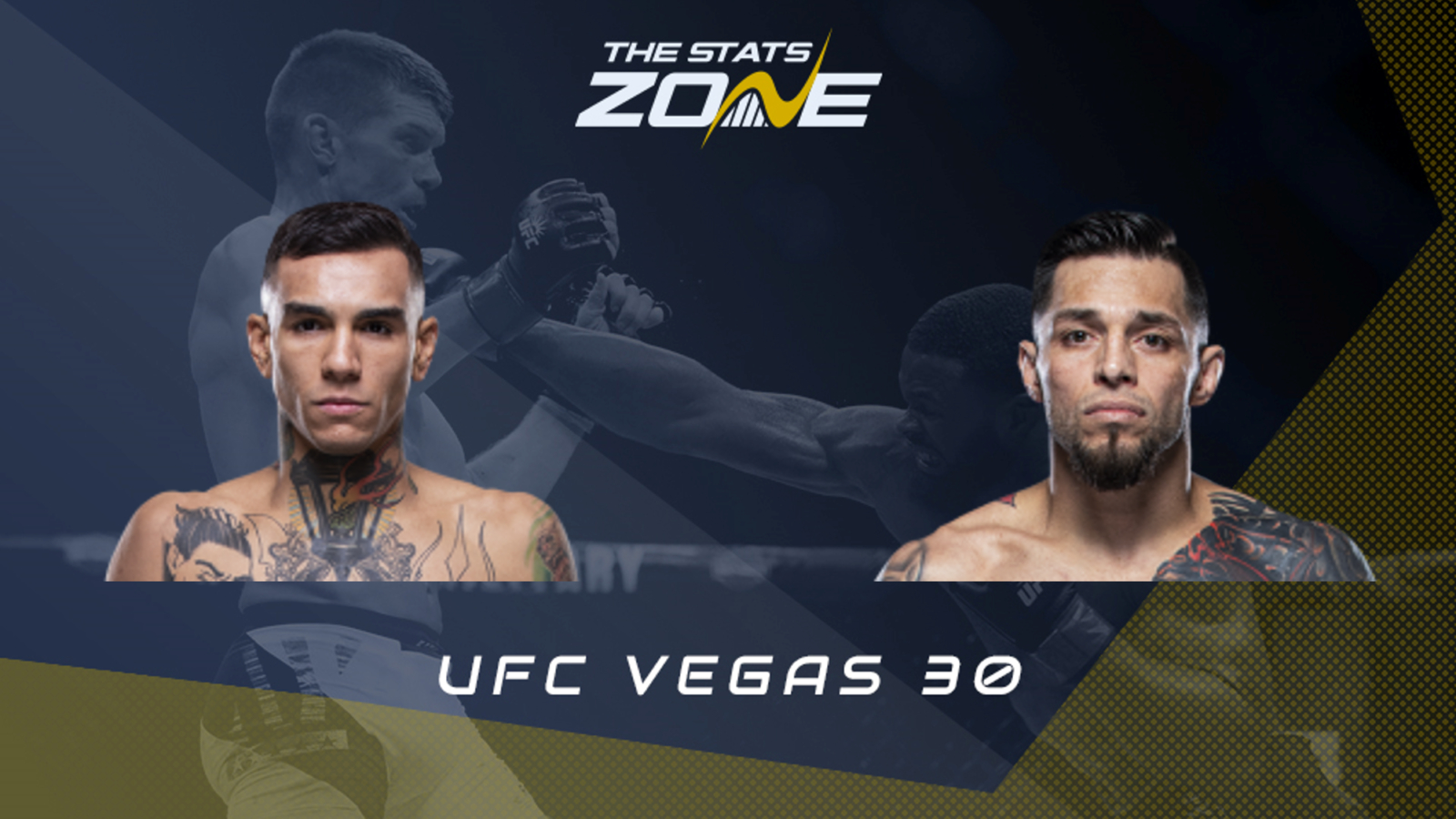 Where is UFC Vegas 30? UFC APEX, Enterprise, Nevada (US)

Where can I get tickets for UFC Vegas 30? Click here for the latest ticket information for UFC events

Where can I stream UFC Vegas 30? BT Sport subscribers can stream the fight online via the BT Sport website

The seesaw career of Andre Fili (21-8) continues. He has kept active which is great but has failed to string three wins together since joining the UFC in 2013. He is 9-7 now but his losses have been to studs including the likes of Max Holloway, Yair Rodriguez, Calvin Kattar, Michael Johnson and Sodiq Yusuff. He lost a unanimous decision to Yusuff at the start of last year and responded typically well by edging a split decision against Charles Jourdain. However, that loss column filled back up in October losing a unanimous decision to Bryce Mitchell.

If Fili’s UFC career has been a seesaw, Daniel Pineda’s (27-14(2)) has been a rollercoaster, and not the most enjoyable one. He went 3-4 in his first stint in the UFC between 2012-2014 where his wins were impressive submissions over Pat Schilling, Mackens Semerzier and Justin Lawrence. After winning 10 out of 12 fights for Legacy, Bellator, Fury including a knockout and submission in Professional Fighters League featherweight quarter and semi-final which were later overturned to two ‘no contests’ due to a failed drugs test, Pineda earnt a second call-up. He marked his return last August with a brutal knockout over Herbert Burns but then got knocked out himself by Cub Swanson.

This is a fantastic match-up and is likely to be a ‘Fight of the Night’ contender. They have both failed to cut it in the upper echelon of the featherweight division but they are both very skilled and well-rounded fighters.

The majority of the fight will be contested on the feet where Fili will be more technical and composed whereas Pineda will throw everything into his punches. The same can be said on the floor where Pineda has very aggressive jiu-jitsu.

Pineda’s aggressiveness often gets him in trouble and Fili has the composure and experience to not get embroiled into a brawl and instead counter with precision. Also expect Fili to have a leg kick heavy approach to slow Pineda down. Fili will look to batter Pineda’s calf and mid-section to lower his hands and hunt the dome with a head kick.

Pineda will come out the gate like a bull and he is worth a shout for an early knockout or knock down leading to a submission, but we are firmly backing Fili to get out the first round and then come into his own, dominating on the feet and using his wrestling to defend any takedown attempts.