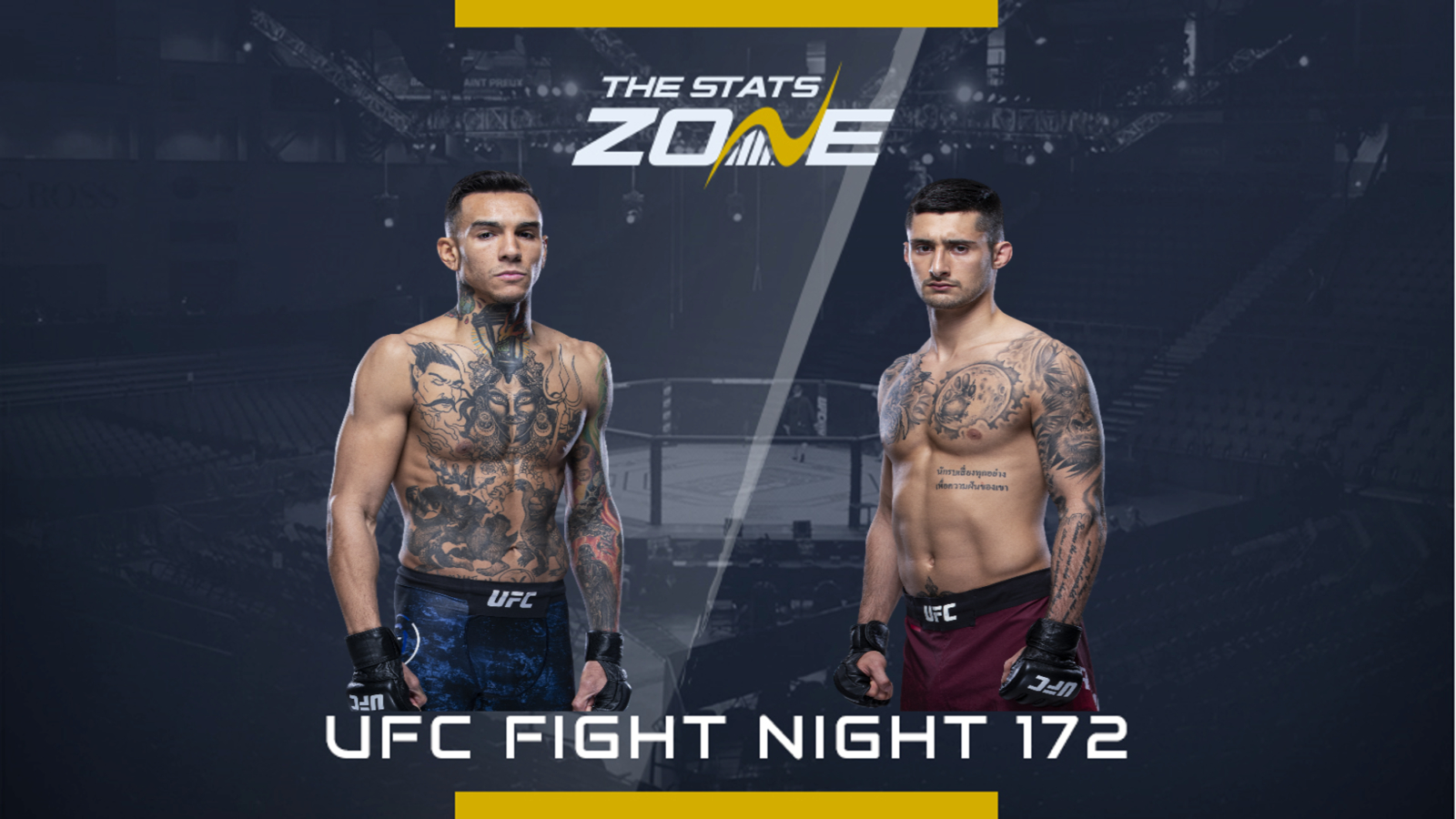 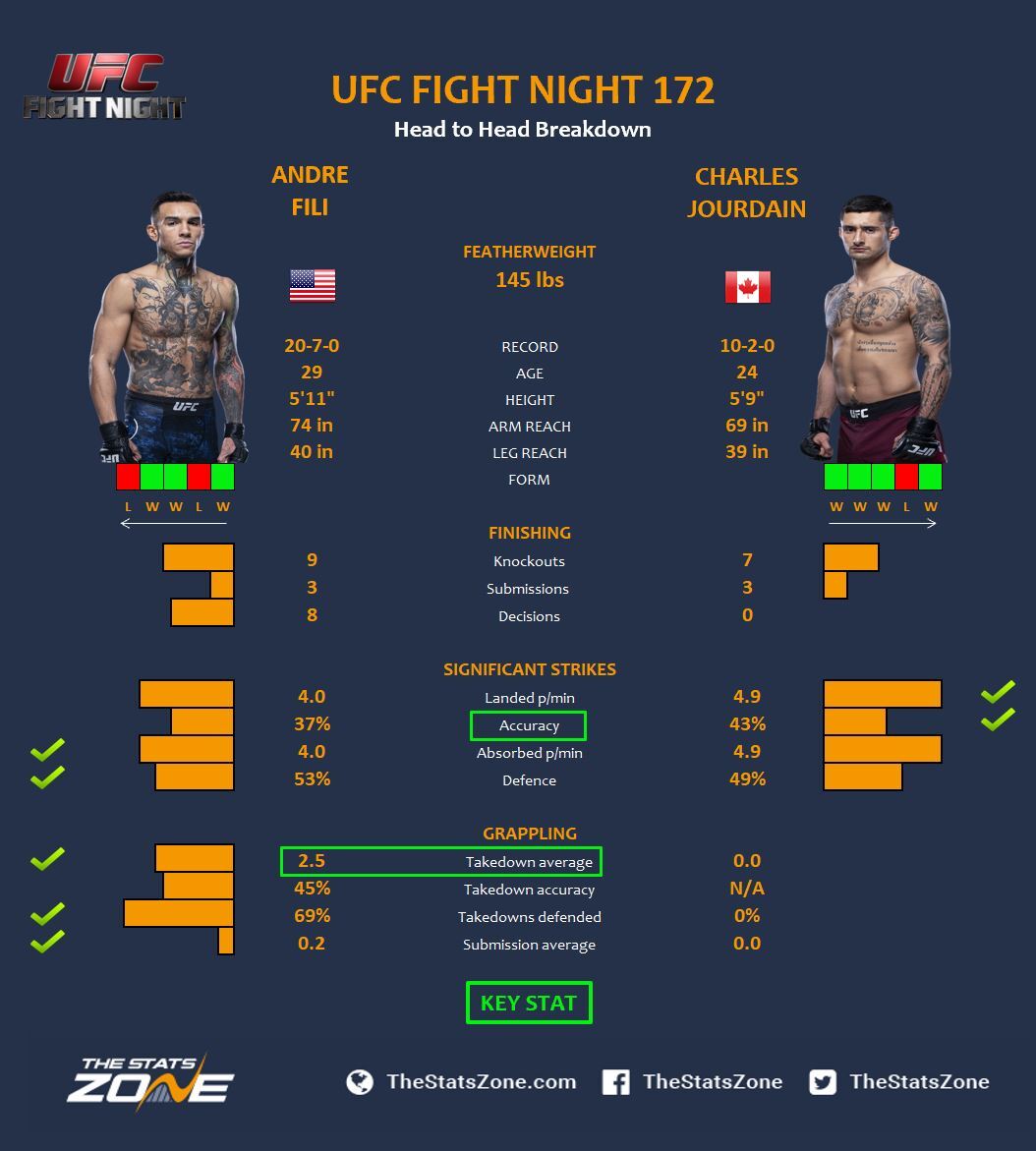 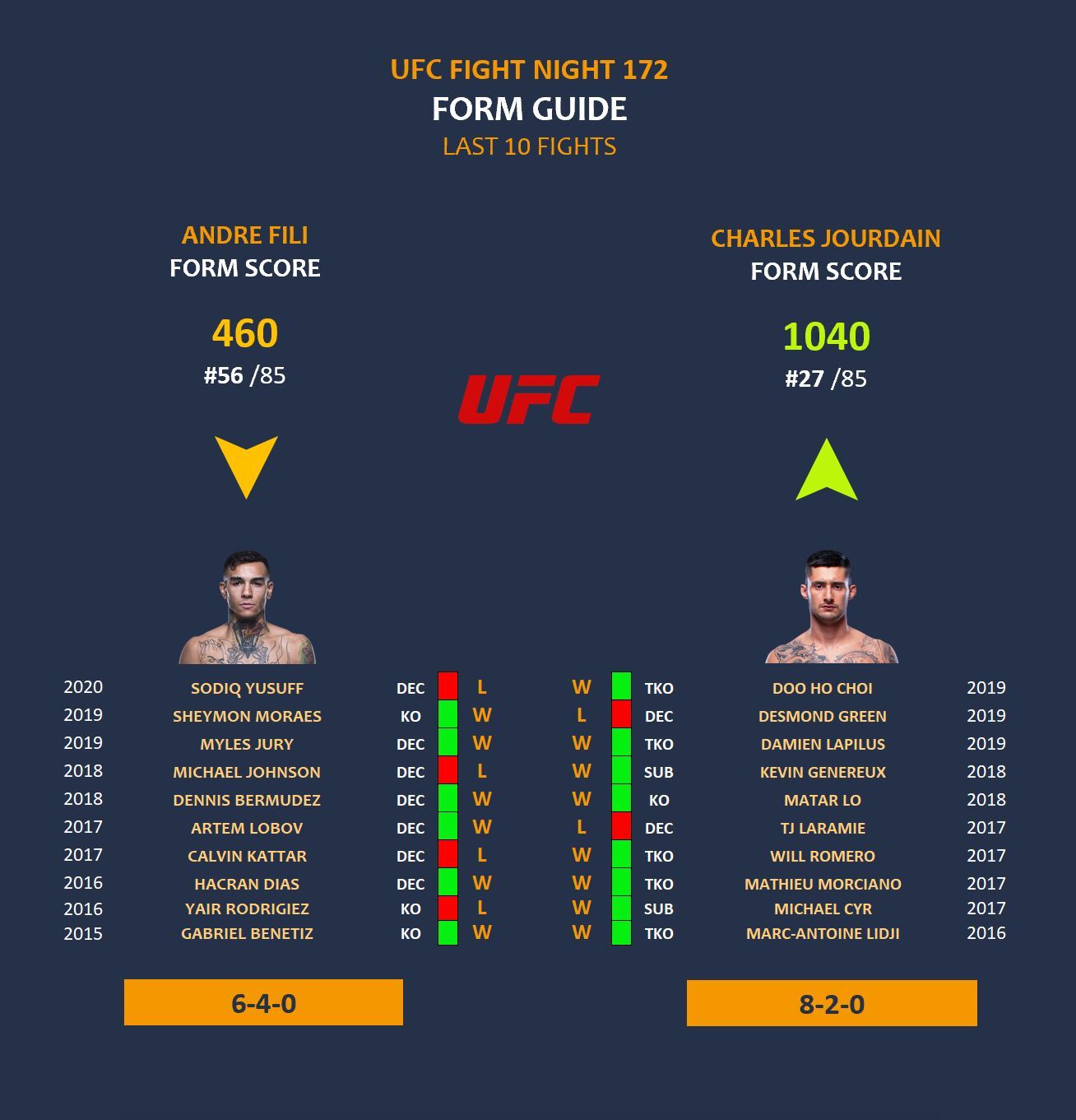 Fili is only 29 but steps out for his 15th UFC fight. After a brilliant outing and unanimous decision win over Myles Jury, Fili put on his best performance to date, knocking out Sheymon Moraes in the first round. However, he met Sodiq Yusuff back in January and although he took the rising star to the final bell, he lost a unanimous decision.

Jourdain lost his UFC debut back in May last year, losing a decision to Desmond Green who was able to take him down four times. However, he pulled off a big upset in his last fight taking on Doo Ho Choi. Jourdain displayed his kickboxing prowess and finished the brawler in the second round.

This is a great match-up on paper. If it stays on the feet, we will be in for a treat and Jourdain will certainly hope Fili obliges in a stand-up battle. The Canadian is a phenomenal striker and a younger Fili may test his ego in slugging it out but he is a veteran now and is likely to call upon his grappling at some point to secure the points at least.