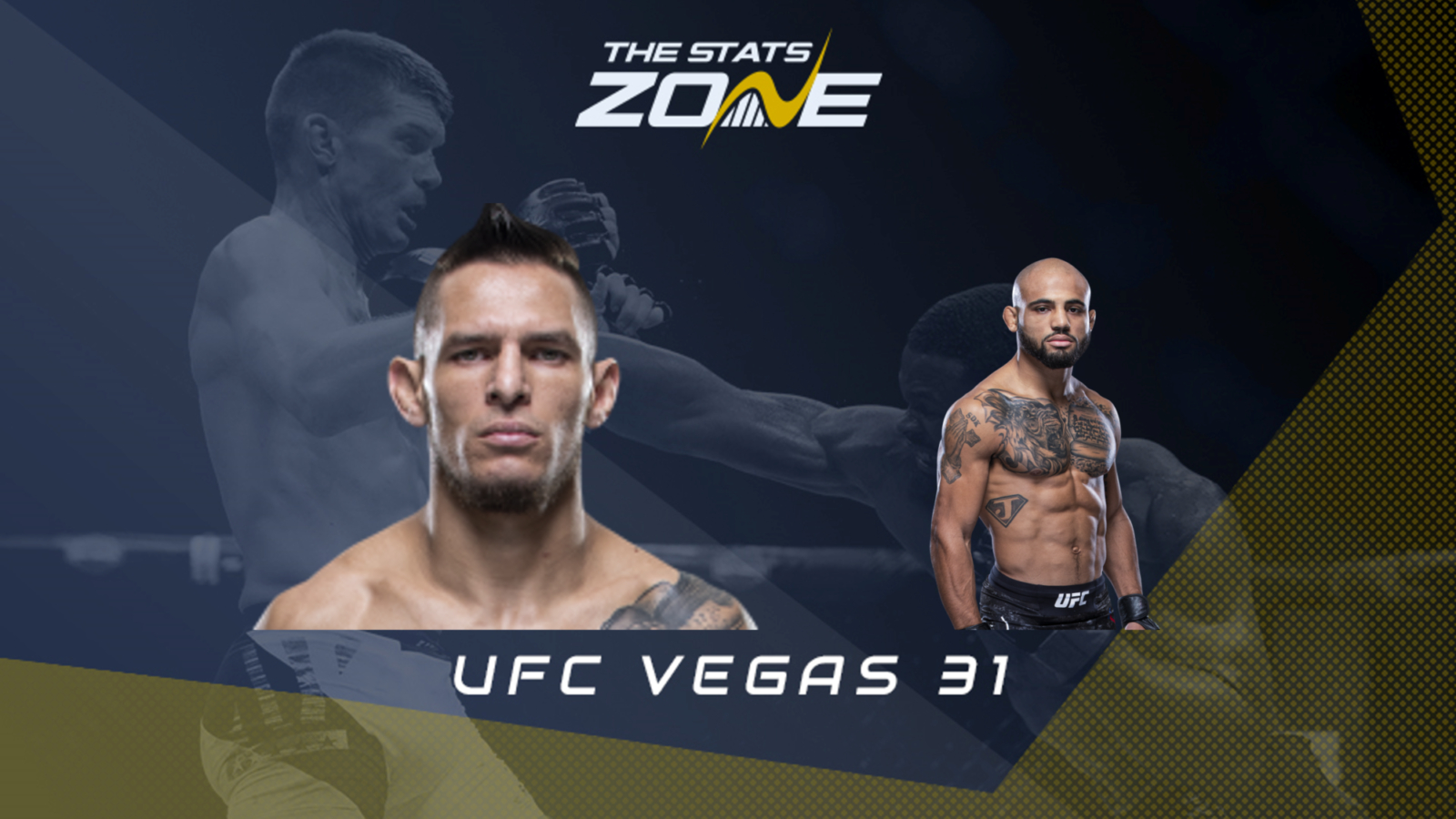 Anderson dos Santos bounced back followed two defeats in a row with a submission victory over Martin Day back in November so he comes into this bout with confidence. The submission specialist went back to basics as he won via guillotine choke and he will be looking to follow that up against Johns here.

Only three of Johns’ professional MMA wins have come via knockout but he will take great heart from the knockout win over Kevin Natividad in his last fight. The Kansas native brings an 11-1 record into this bout and barring the only loss of his career which came at UFC 247 against Mario Bautista and his flying knee, Johns is doing well since progressing through Dana White’s Contender Series back in 2019.

This matchup between Miles Johns and Anderson dos Santos represents an intriguing battle with both fighters looking to build on victory last time out. Neither fighter has been in the UFC for long but it ids Anderson dos Santos who possess the far greater experience. That said, the level of quality in terms of opponents fought is not that different and it is Johns who has the greater momentum. Dos Santos has a 21-8 record versus Johns’ 11-1 and the 27-year-old American will be confident of extending his strong run of form. Neither fighter possess much in the way of firepower so a decision on the scorecards appears most likely. Johns is marginally favoured in that department and Dos Santos’ best chance of victory of a submission. Otherwise, the safest play is backing the fight to go the distance here.