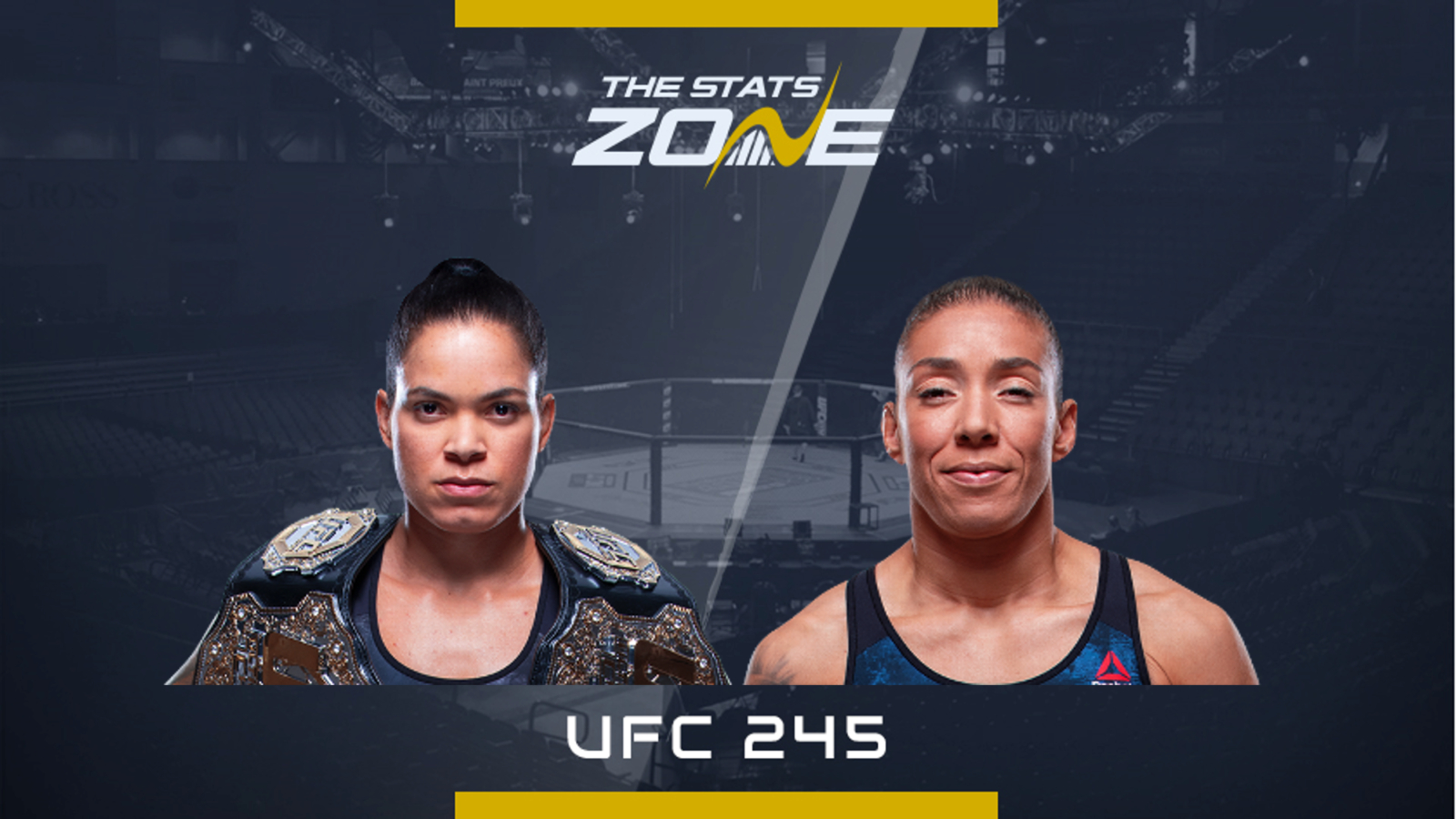 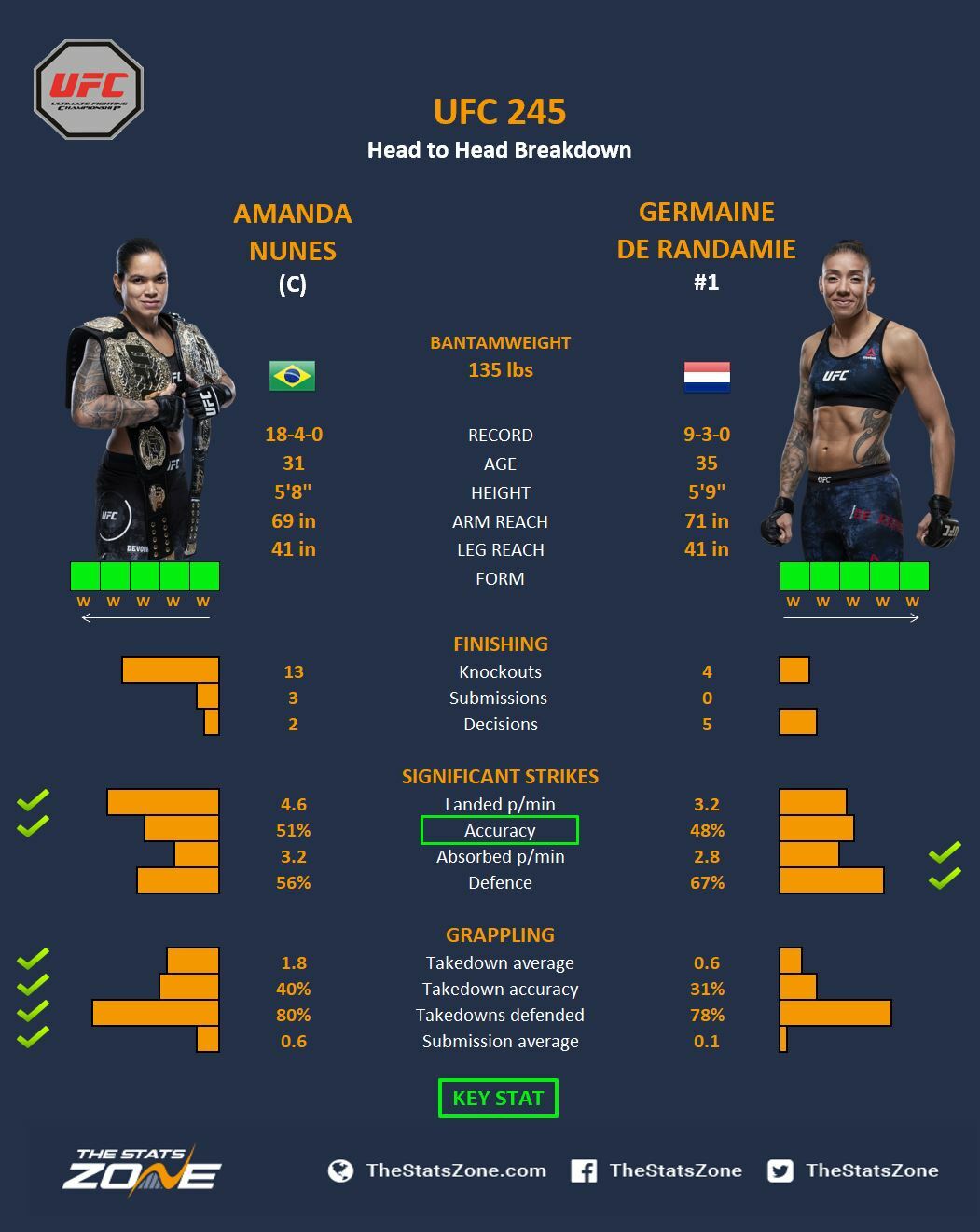 The greatest female fighter of all time is back to defend her bantamweight crown in a fight that is going in under the radar as the challenger Germaine de Randamie is the only bantamweight striker on her level right now.

Nunes’ run has been nothing short of sensational. She boasts the longest female winning streak ever in the UFC and is finishing the best fighters for fun. The names in her streak say it all: Sara McMann (sub), Valentina Shevchenko (dec), Miesha Tate (sub), Ronda Rousey (TKO), Shevchenko 2 (dec), Raquel Pennington (TKO), Cris Cyborg (KO) and she is coming of a sublime head kick knockout over Holly Holm.

De Randamie does not have the resume of Nunes but she is an unbeaten kickboxer and muay thai legend. She has had some controversial bouts, but she is on a five-fight winning streak including a win over Holm to earn the vacant featherweight title and her striking skills are undeniable. Her last loss was also at the hands of Nunes who schooled her, finishing her on the ground with strikes. However, that was over six years ago and both are different fighters now.

In their fight, Nunes worked hard to take de Randamie down but once she did, she got full mount and rained down punches and elbows until the referee put a stop to the fight. We have not seen Nunes’ grappling skills recently as her striking has become so devastating and powerful that she has just relied on knocking her opponents out.

It is this confidence that should make this fight a spectacle. She will look for another finish, but she cannot forget de Randamie’s credentials. ‘The Iron Lady’ is the better technical striker than Nunes and she will also have a slight reach advantage.

If Nunes does not respect the skills of de Randamie, ‘The Lioness’ could easily face an upset. That said, if the fight does not go her way, she has the grappling in her arsenal and the power to change the fight in an instant.