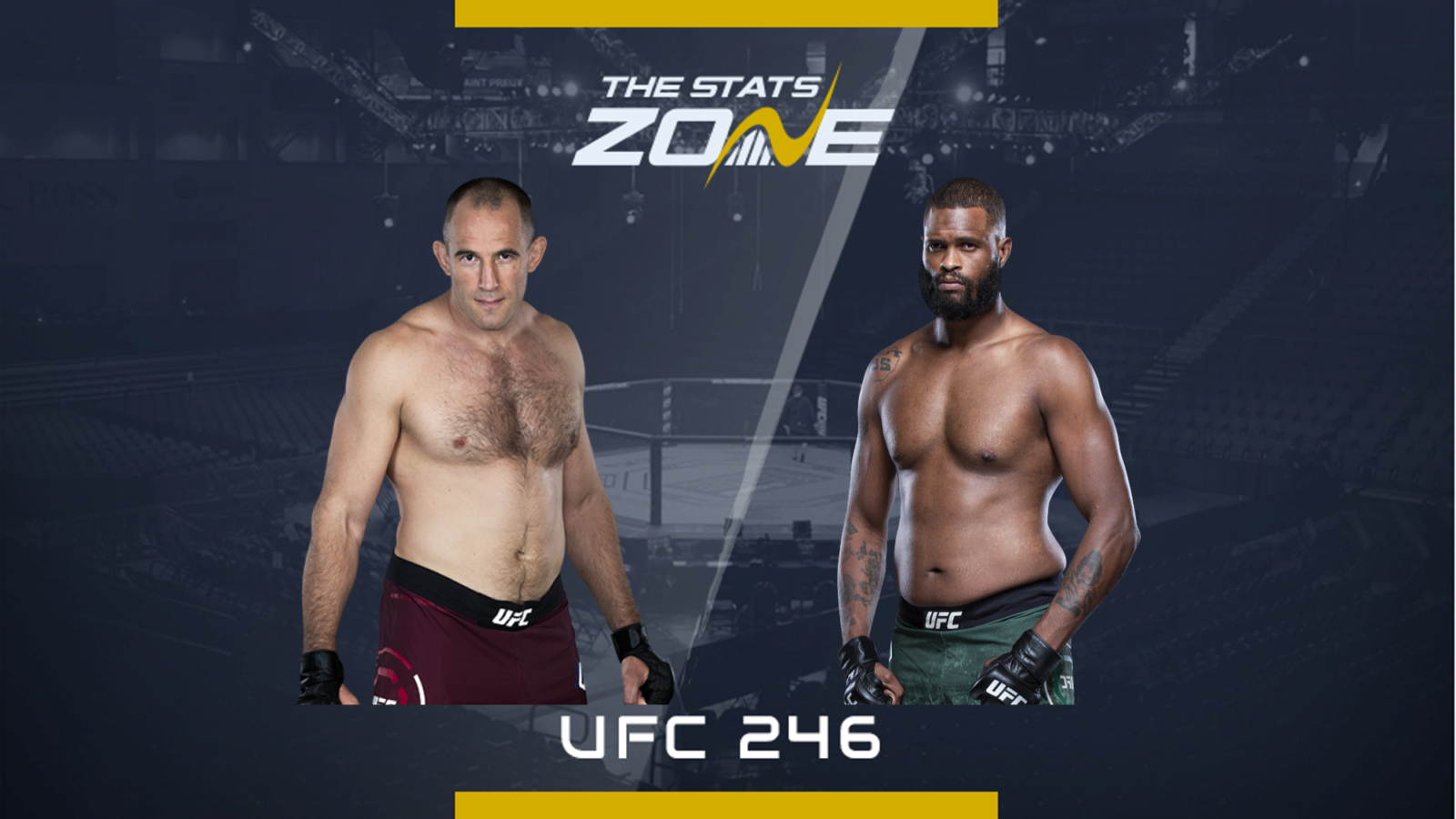 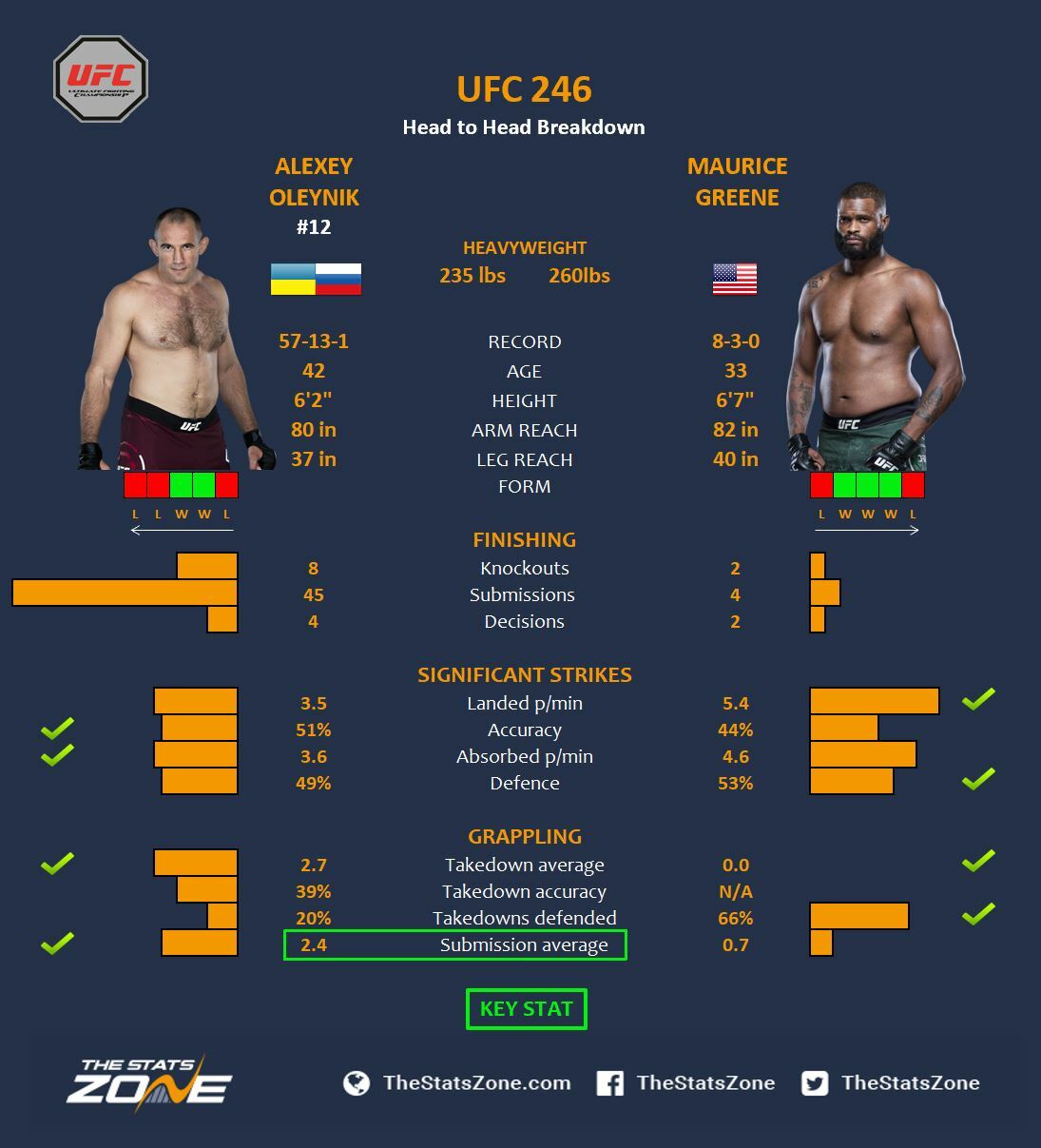 Alexey Oleynik and Maurice Greene will be as thankful as anyone to be on the same card as Conor McGregor and Donald Cerrone but their main focus is to get back on winning track after knockout losses.

Oleynik is coming off two knockouts in fact. Firstly, to Alistair Overeem and recently to Walt Harris. These losses came after the 44th and 45th submission wins of his career so surely, he will rely on his bread and butter against another dangerous striker.

Greene’s recent loss is the first knockout loss of his career which came courtesy of Sergei Pavlovich who was just too powerful for him on the night. The Ultimate Fighter alum racked up three wins prior but will have to be at his best to make it four UFC wins.

Greene only has a two-inch reach advantage, but he can accentuate it with his height. He should look to keep Oleynik at a distance with his jab and set up powerful counters and connect when Oleynik shoots in for a takedown.

However, Oleynik will be dangerous with his unorthodox striking and will use all his experience to find a way to get the fight to the ground where Greene is highly skilled but there is still a gulf in class.