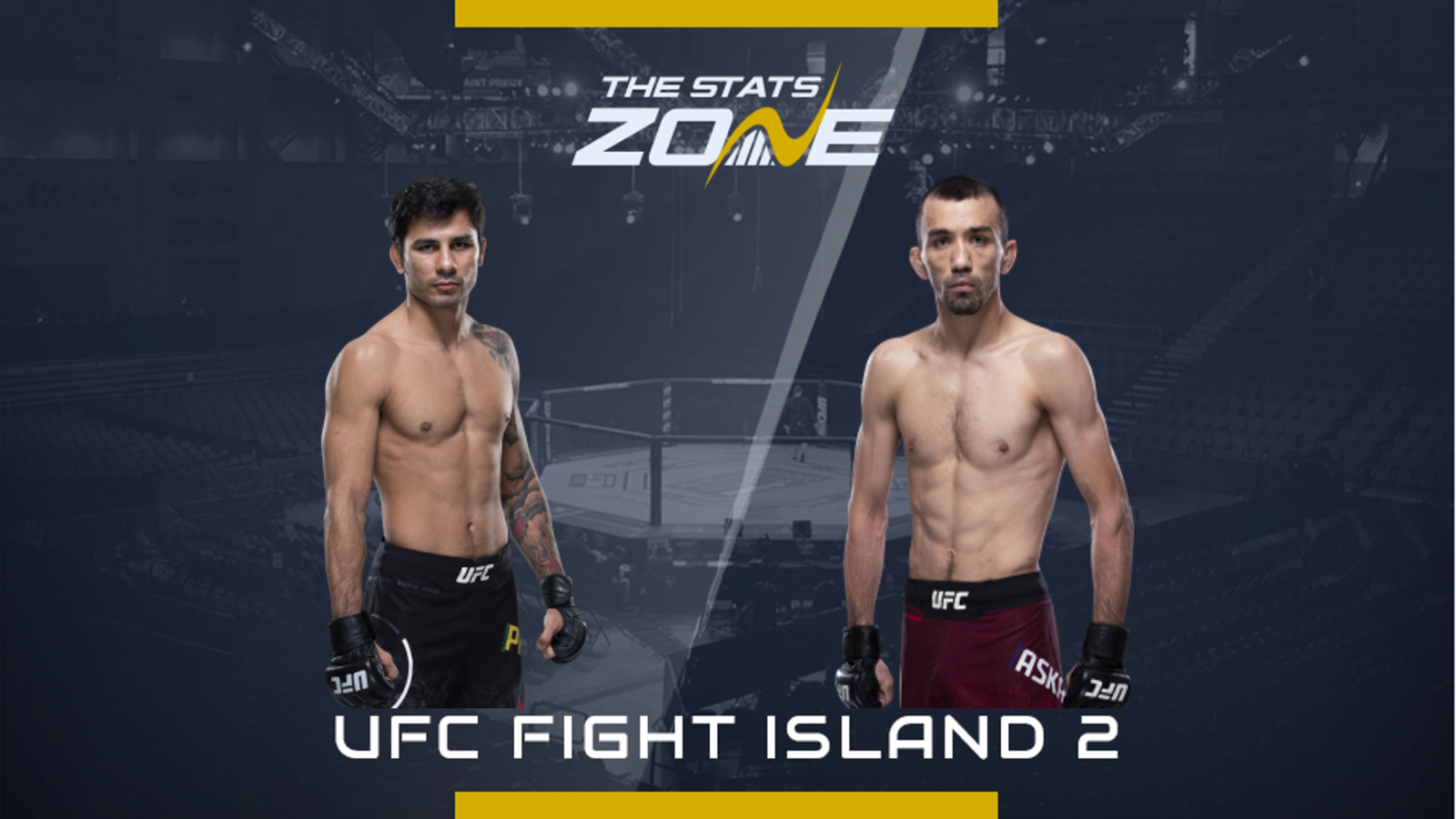 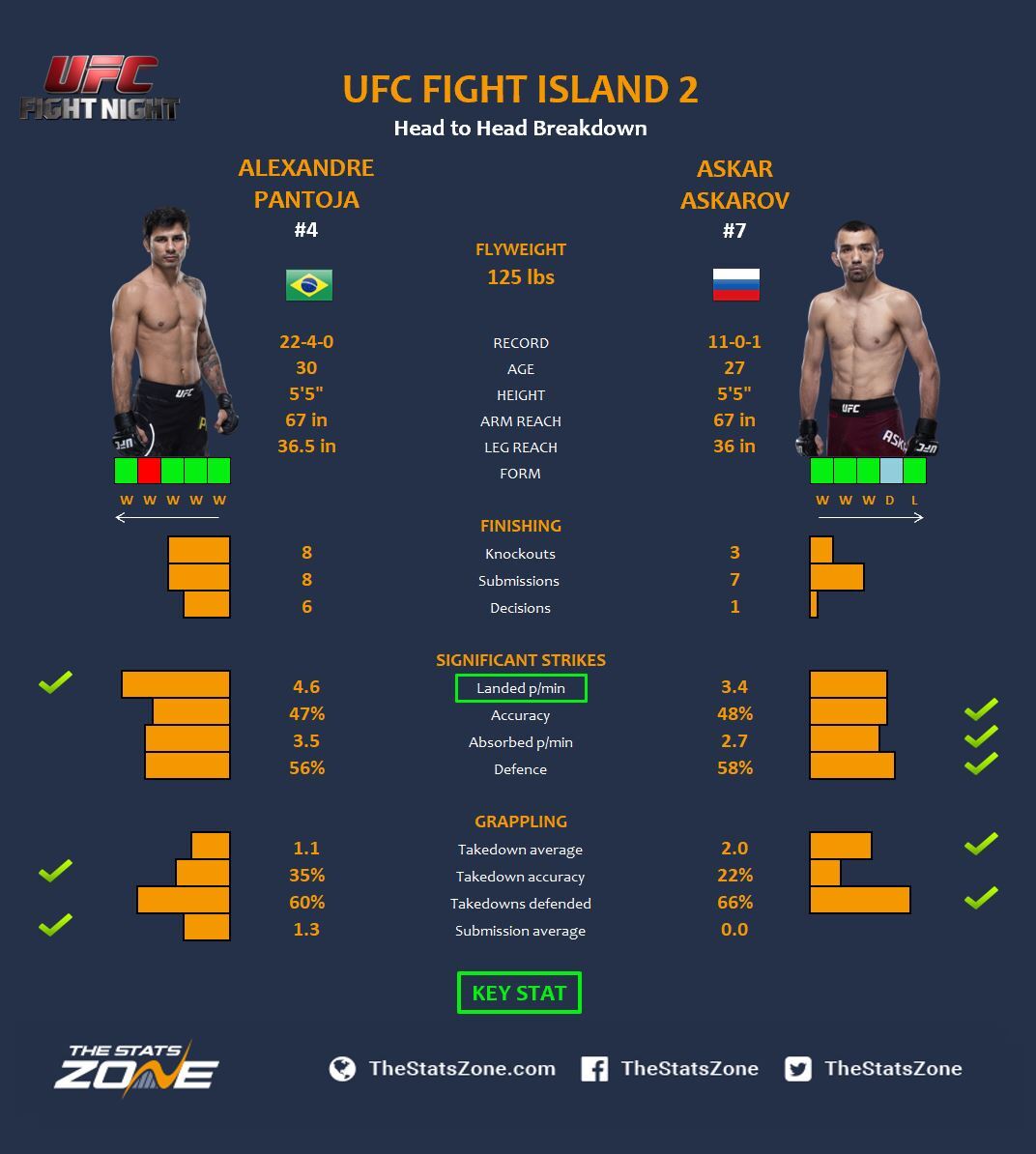 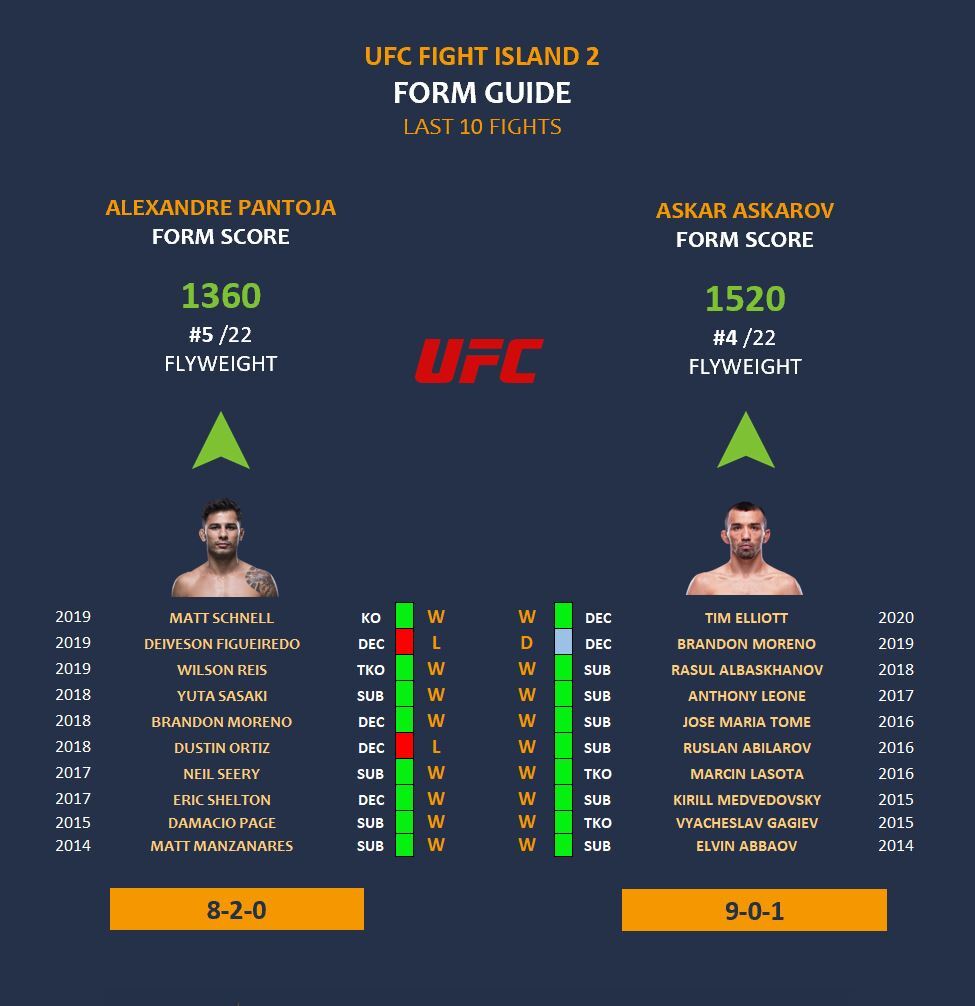 Alexandre Pantoja and Askar Askarov kick off the main card and will have a close eye on the main event as an impressive win could earn a place in line for the winner of Deiveson Figueiredo and Joseph Benavidez.

Pantoja’s only loss in his last five fights was against Figueiredo so he will be desperate to avenge and it would be ideal if it was for the belt. That loss broke a three-fight skreak and he responded perfectly with a first round knockout over Matt Schnell back in December which sees him sitting back up in the top five of the flyweight form table.

Askarov sits a place above him after maintaining his unbeaten record in his first two UFC fights. He was handed a very tough assignment for his debut in the form of Brandon Moreno and fought to a draw. He got back to winning ways in January with the biggest win of his career so far – a unanimous decision over Tim Elliott.

These two represent two of the best in the division and this fight is fully expected to prove why. It will be fast-paced and can go anywhere as they are both exceptional on the ground and on the feet.

The judges are likely to be called upon with it going to the wire. They are both powerful strikers but Askarov’s elite grappling could make the difference.