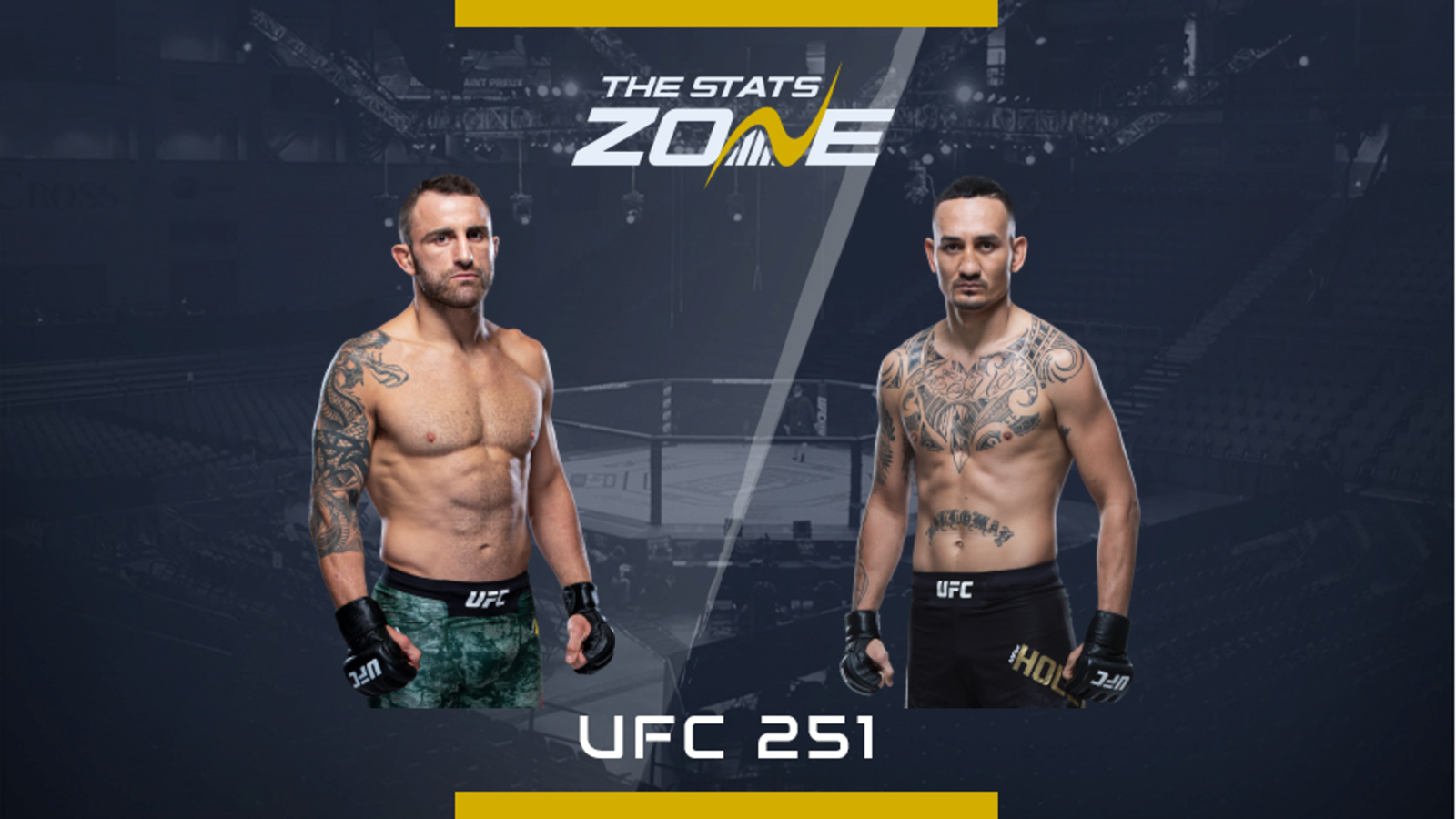 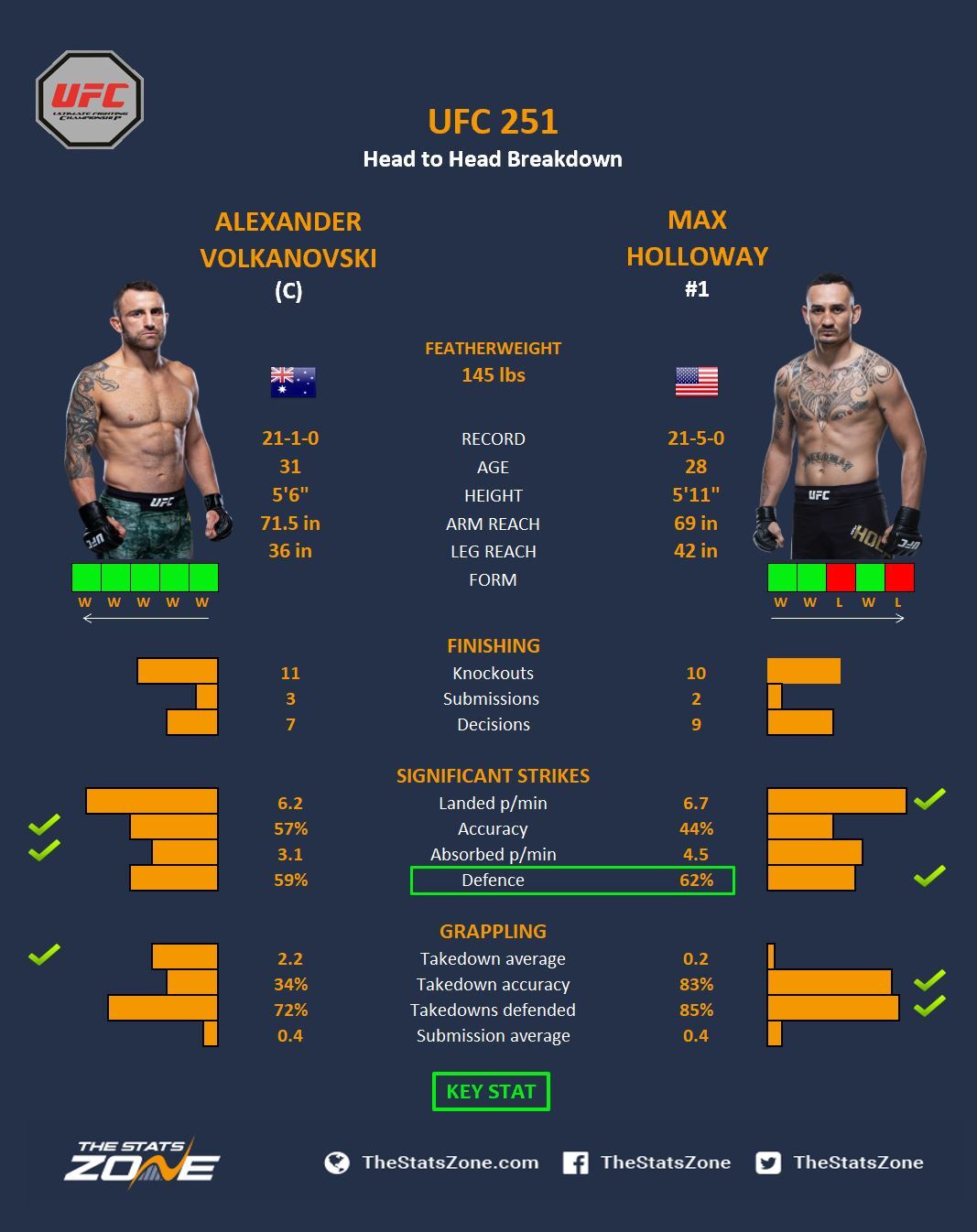 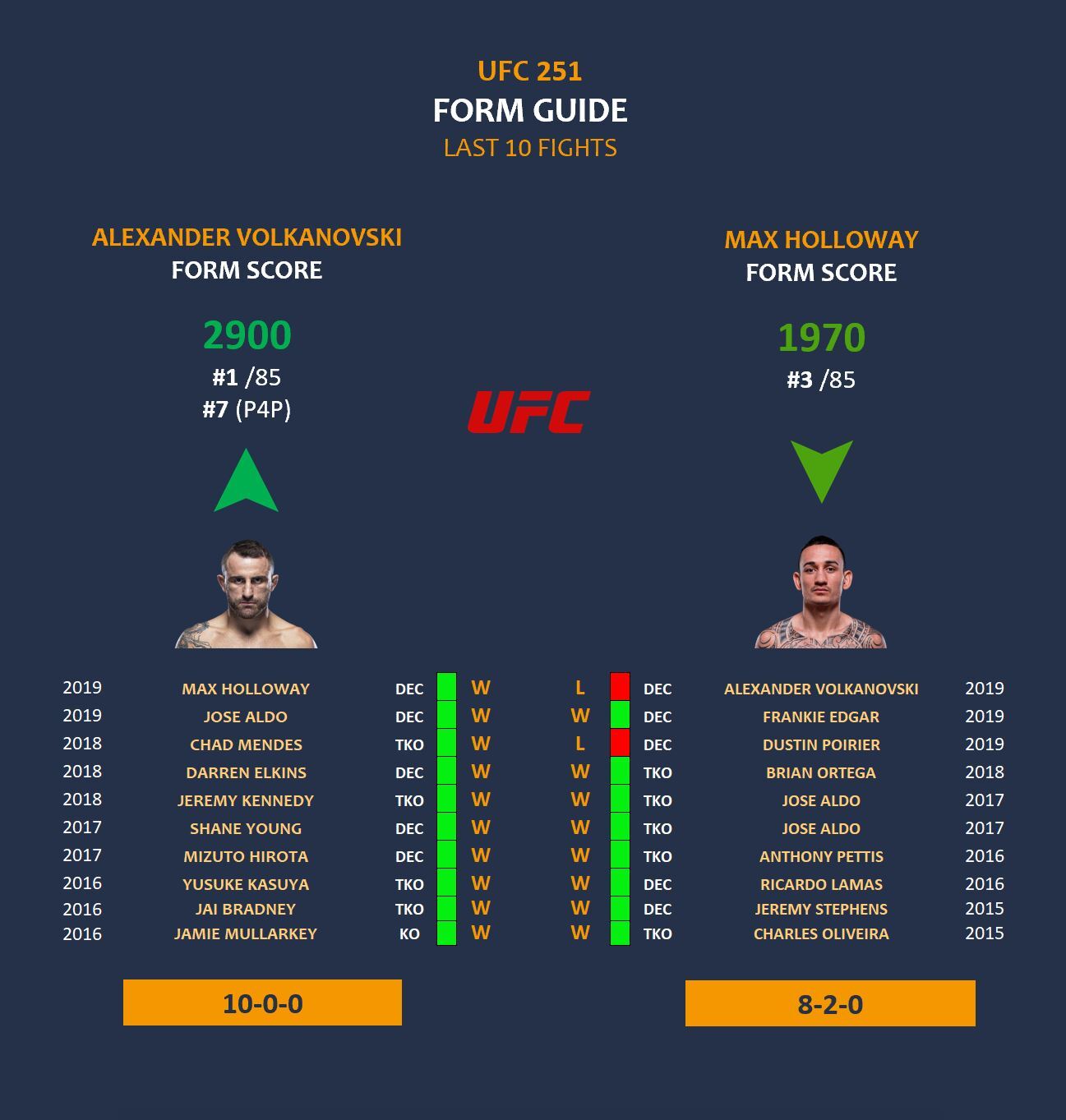 After three defences of his featherweight title, Max Holloway was finally dethroned with an immaculate performance by Alexander Volkanovski. They now head to fight island to settle who is the king of the division.

Volkanovski crept his way up the division and it was only when he finished Chad Mendes and outpointed Jose Aldo that people really began to take notice of the Aussie. Then, sitting on a 17-fight winning streak, he deservedly earnt a title shot but was still the underdog against Holloway. However, he put on a clinic to become the champion and is now the #7 ranked most in form fighter in the UFC right now.

Becoming a champion is one feat but defending the belt consecutively is the hardest feat in the sport as Holloway found out. Every fight, you are coming up against someone in their prime with an archive of footage to study on you and after moving up to lightweight and losing to Dustin Poirier, moving back down and beating Frankie Edgar, Volkanovski was just another hurdle too high for the Hawaiian. Despite losing two of his last three, Holloway is still the third most in form fighter in the division with eight wins over top 10 opponents.

In the first fight, Volkanovski beat up Holloway with leg kicks timing his attacks and defensive slips to perfection. He was expected to start strong, but Holloway always comes into his own after the second round but to his surprise, so did Volkanovski and he did not step off the gas for a minute.

Volkanovski executed a perfect game plan and will bring the same tools to the table so Holloway is going to have to change things up to get the win and this will have start with his defence. If he is not able to defend/check the leg kicks he will constantly be on the back foot again.

He is a champion and elite striker so we should expect him to be able to adapt and do enough to snap the crazy streak of Volkanovski but it is worrying to hear that he has not sparred and been unable to train properly for this fight.