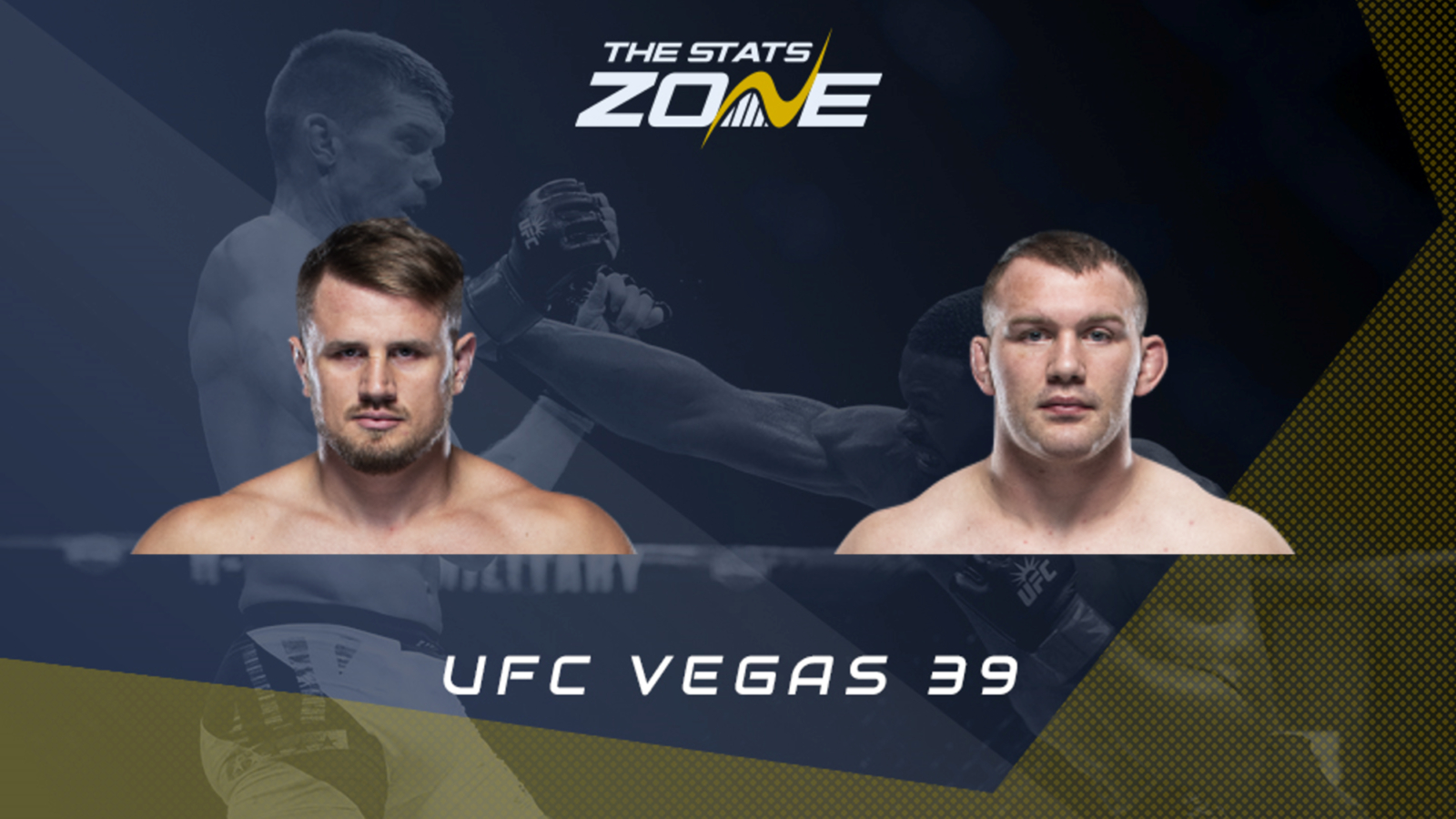 Alexander Romanov (14-0) is part of the new breed of heavyweights the division has been crying out for some time and the Moldovan heads to the APEX protecting his unbeaten record. He swotted away competition on the regional scene picking up the Eagles Fighting Championship in the process. After finishing 11 victims, he made his UFC debut against Roque Martinez and kept the streak going with a submission. He followed that up up two months later with another submission over Marcos Rogerio de Lima and is now now coming off the biggest win of his career. He went to a split decision but beat Juan Espino who was a giant leap in competition.

We first saw Jared Vanderaa (12-5) on the Contender Series last year when he knocked out Harry Hunsucker in the first round. His debut was a less kind match-up in the form of Sergey Spivak who handed him the first knockout loss of his career. However, he is back on the winning trail after his last showing at the APEX and battle with Justin Tafa who he beat via unanimous decision.

This match-up is not as tough for Romanov simply as he has a clear path to victory. Against Espino, he met his match in the grappling sense and their skills were expected to cancel each other out and that is what happened with Romanov just doing enough to sway the judges.

That said, the threat of losing his perfect record is still here with the dangers in Vanderaa’s striking. He is also a powerful lump but is agile with a range of strikes. He is heavy handed with thunderous kicks and knees down the middle and if he can catch Romanov before he lands the takedown, he will be in serious trouble.

However, we expect the Moldovan to wrap his arms around Vanderaa before he takes any significant damage, drag him to the ground and wear him down with his weight and ground-and-pound before eventually sealing the win with his ninth submission.