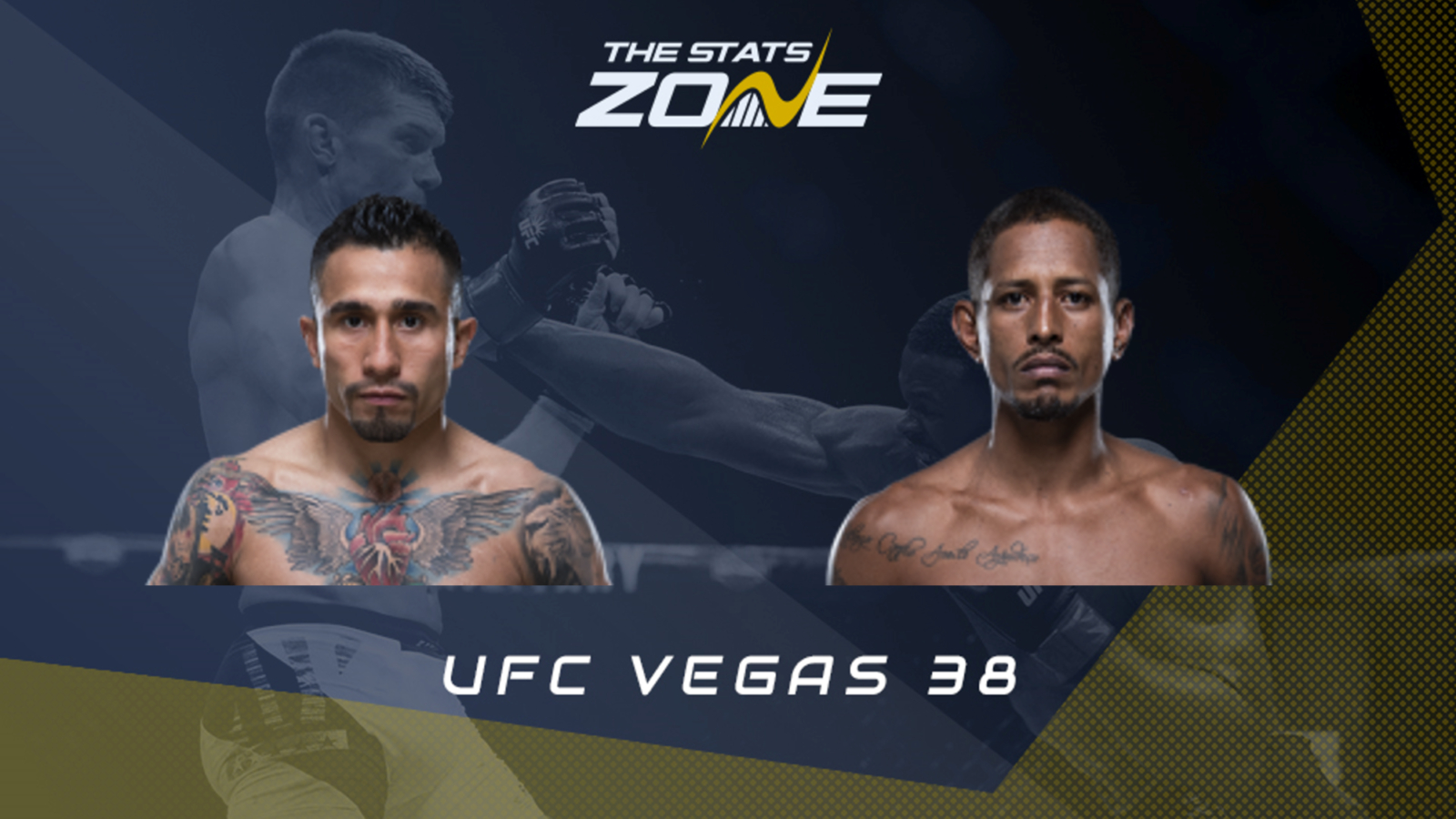 Where is UFC Vegas 38? UFC APEX, Enterprise, Nevada (US)

Where can I get tickets for UFC Vegas 38? Click here for the latest ticket information for UFC events

Where can I stream UFC Vegas 38? BT Sport subscribers can stream the fight online via the BT Sport website

Alejandro Perez returns to the Octagon desperate to snap a two-fight losing streak as he comes off losses at the hands of Cody Stamann (decision) and Song Yadong (knockout). The first round knockout he suffered to Yadong was particularly concerning to leave him with a record of 21-8. That was over two years ago so he will also have to overcome any ring rust coming into this comeback fight.

43-year-old Brazilian Johnny Eduardo is also returning to the Octagon after a long lay-off as he has not fought since June 2018. He also lost his last two fights suffering a TKO loss to Matthew Lopez and a submission defeat to Nathaniel Wood. The 40-fight MMA veteran (28-12) will have to produce something special to return after over three years off to get a win at the age of 43.

This bout between Alejandro Perez and Johnny Eduardo is one of the more unpredictable bouts on this card given the lengthy layoffs of both fighters. Their form prior to their layoffs was not ideal having both lost their last two fights but it has to be the younger fighter Alejandro Perez who has to be favoured. The wily Eduardo will be game and he will be desperate not to suffer another loss, but it is hard to make a case for him.