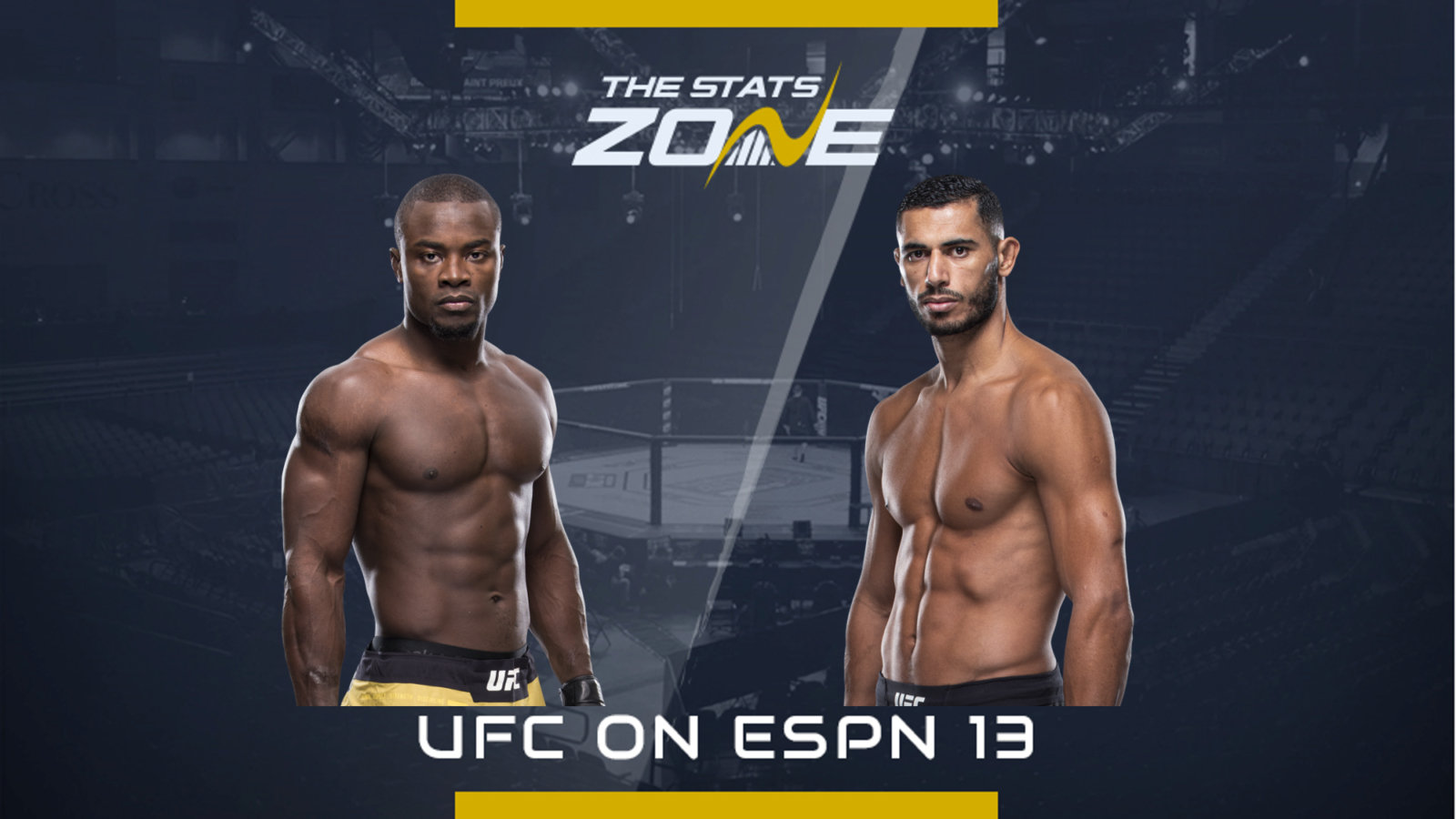 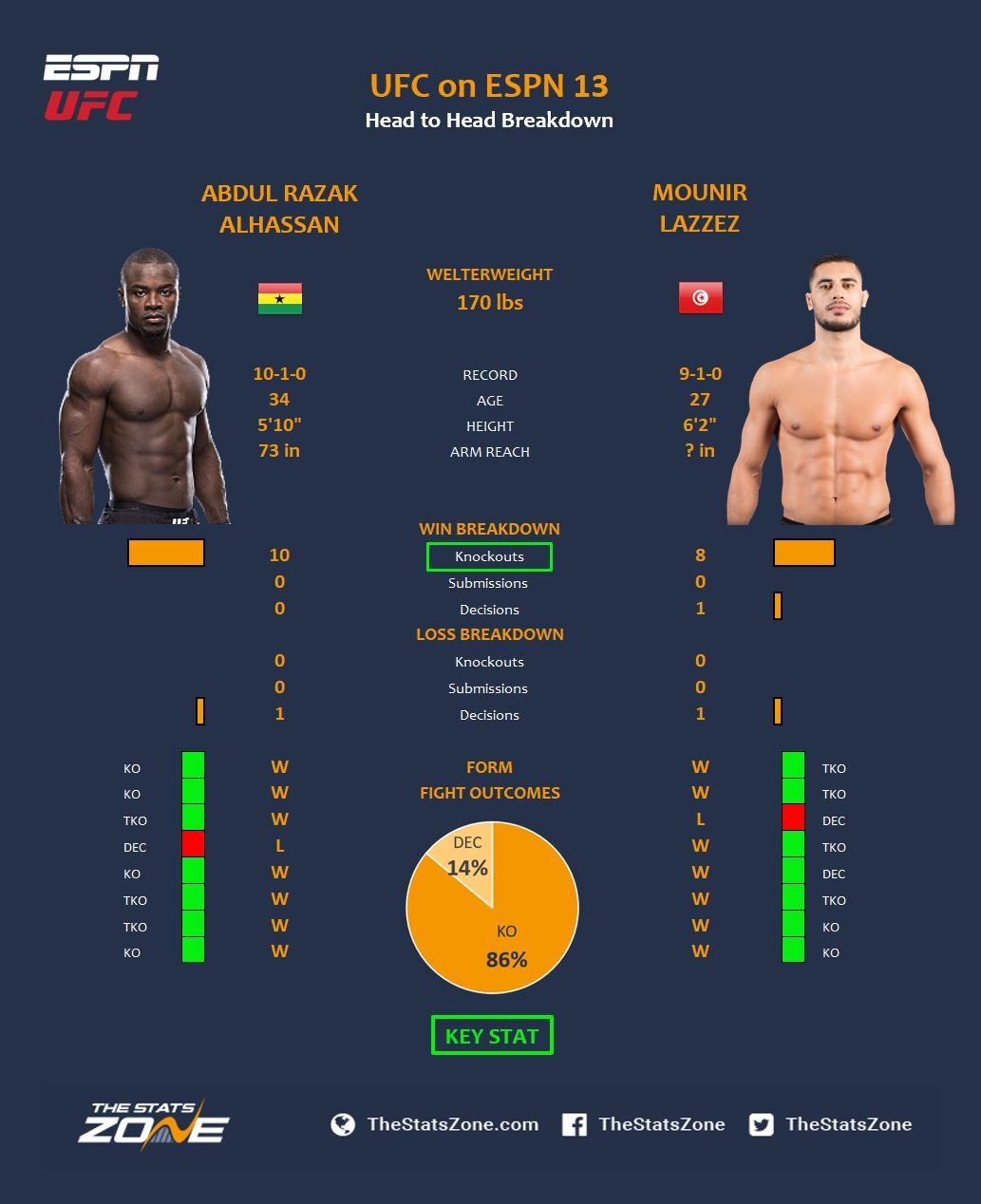 The main card for UFC on ESPN 13 will be ignited with fireworks as Abdul Razak Alhassan welcomes fellow weapon Mounir Lazzez for to the UFC.

Thankfully Alhassan returns to the octagon after sitting 2019 out dealing with some serious allegations outside the cage. His last appearance was in September 2018 where he put Niko Price to sleep in the first round, but this is the only way he knows how to win. He has one decision loss which was to Omari Akhmedov but he has won all 10 of his other bouts via a first round knockout.

Excitingly this UFC debutant is also a knockout artist winning eight of his nine wins via knockout. Lazzez has fought for a variety of organisations and his sole loss to Eldar Eldarov came under the Brave CF banner. He bounced back with a TKO over Sasha Palatnikov for ADW and is coming off another TKO over Arber Murati which was for Probellum MMA in Dubai.

Be sure not to blink in this one. Alhassan has ungodly power and requires just a touch of leather to render his opponent unconscious.

Lazzez will try and be more technical and look to counter the Ghanaian. We are not certain what his reach is but he likes to strike from range setting up devastating head kicks.

However, Lazzez tends to engage in a brawl and if you start exchanging in the pocket with Alhassan you will most likely wake up to a doctors flashlight.