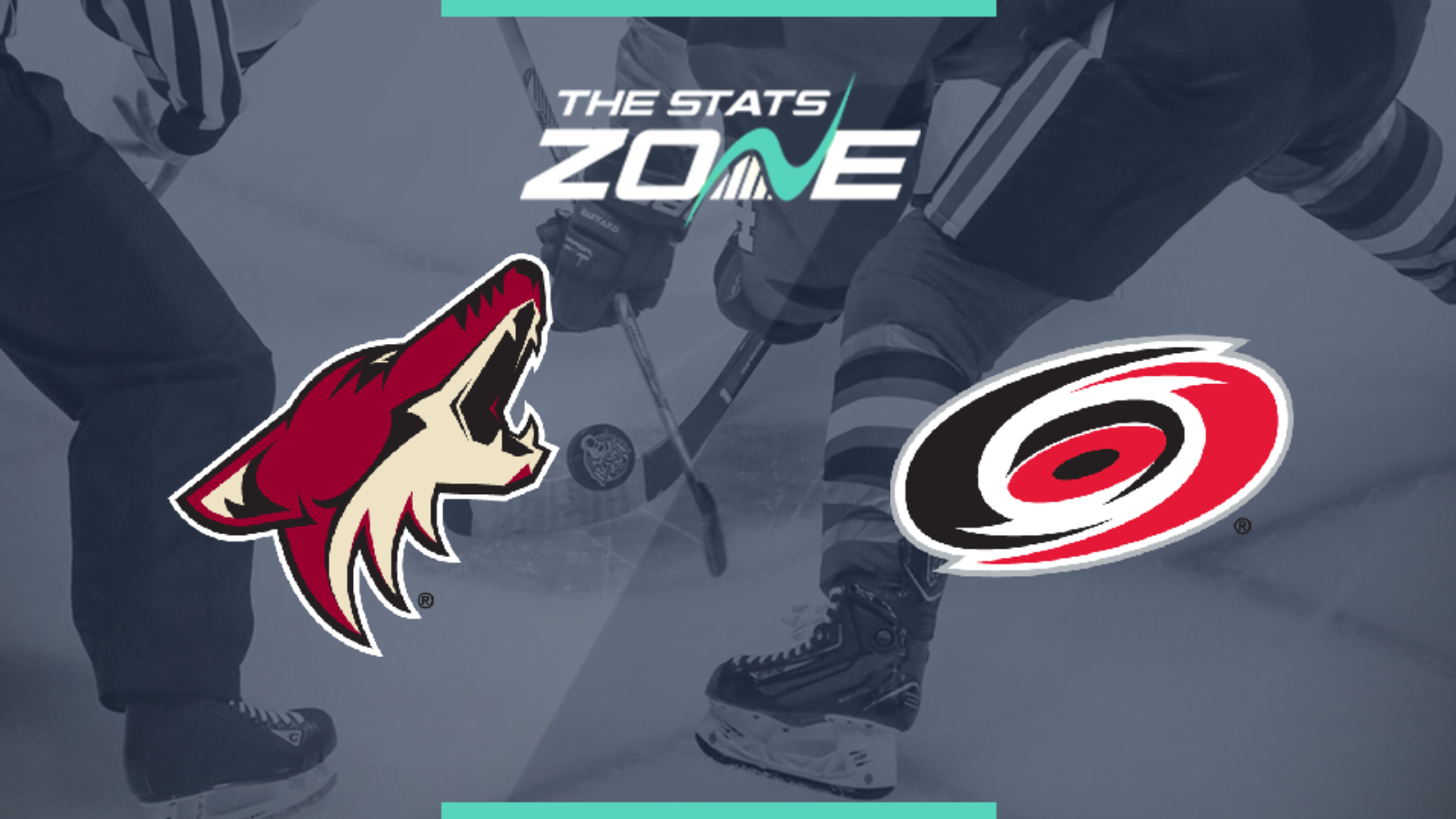 What channel is Arizona Coyotes @ Carolina Hurricanes on? Premier Sports

Where can I stream Arizona Coyotes @ Carolina Hurricanes? Premier Sport subscribers can stream this match live via Premier Player

Where can I get tickets for Arizona Coyotes @ Carolina Hurricanes? https://www.nhl.com/tickets

What was the outcome in the last meeting? Arizona Coyotes 0 – 3 Carolina Hurricanes

The Hurricanes might have an edge when it comes to health and the home-field advantage, but there’s no question the Coyotes have been the better team over the last few days and the scoring figures back that up. Carolina are 19-15 in goals scored / conceded over their last five games, while Arizona own a 18-11 mark over that same stretch. Arizona are far better defensively since they have allowed just 118 goals all season long – the second-best mark on the Western Conference – but Carolina have already scored 145 goals. It will be a tight game, but Arizona’s stronger form of late and better defence will allow them to pull the upset on the road.