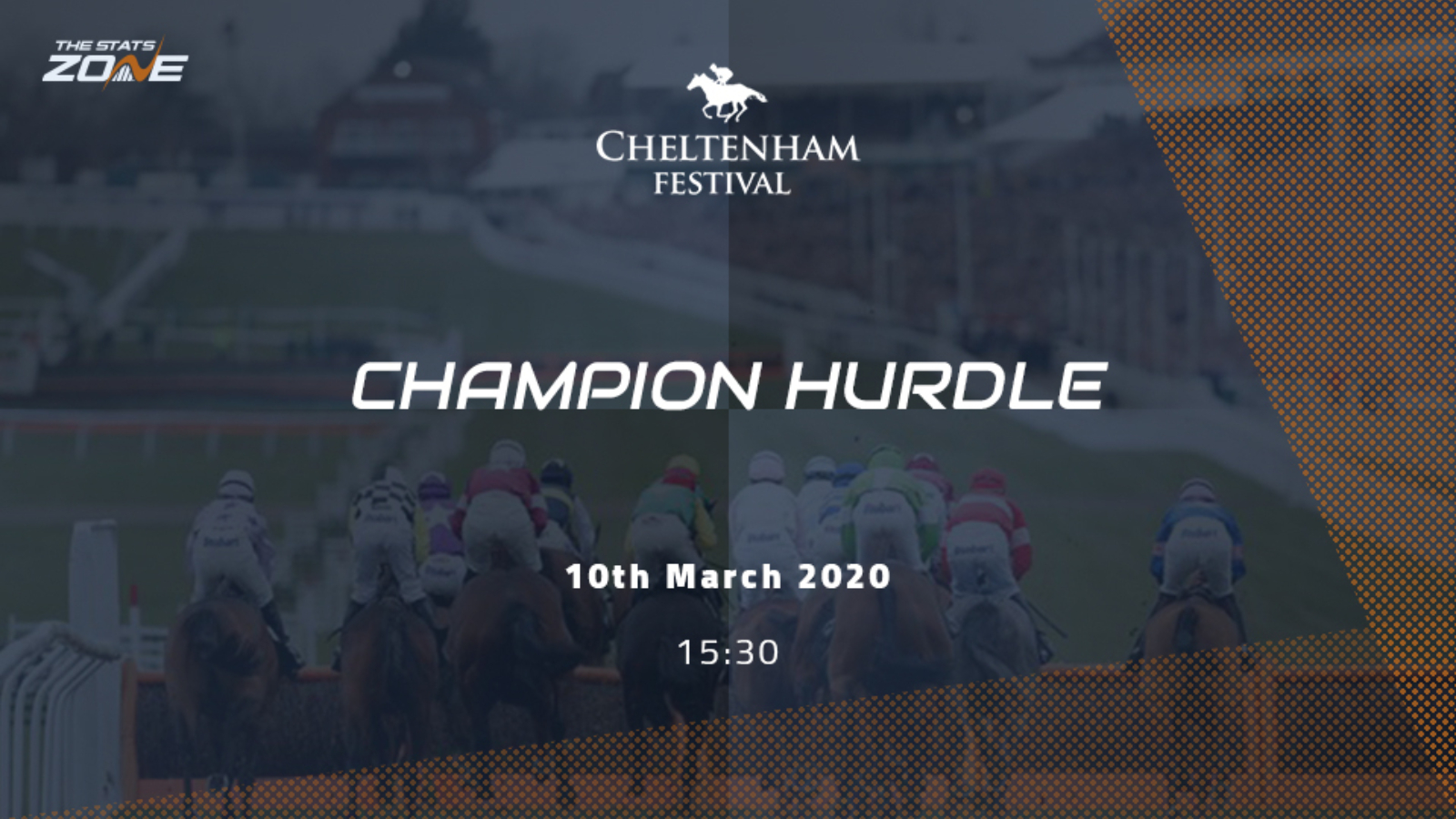 Willie Mullins and Nicky Henderson have enjoyed great success in this race over the years and it is little surprise to see their horses top the market of the 2020 Champion Hurdle. The likes of Hurricane Fly and Buveur D’air have provided some thrilling performances for the pair and although many were hoping that Benie Des Dieux would be the one to lead the field, she will head for the Mares' Hurdle instead which leaves Henderson's Epatante (3/1) at the top of the market.

Epatante is the favourite following the declarations after a convincing win in the Christmas Hurdle where she showed a lethal turn of foot. She has four wins from five runs over hurdles and should be in with a strong chance, especially taking into account her 7lb mares allowance. She has drifted recently in the market after trainer Henderson confirmed she has had a cough, although he insists it’s nothing to be alarmed about.

With Benie Des Dieux no longer taking part, Mullins' best chance comes in the form of Cilaos Emery (6/1), who was supplemented into this race last week. Paul Townend will take the ride and he has won both races when on board Cilaos, the latest success coming at Gowran Park last month. That was a welcome victory after Cilaos fell in his previous race at the start of February and that should stand him in good stead ahead of what will be a tough but achievable battle to get his nose in front up the Cheltenham hill.

Another interesting option in the race is Pentland Hills (13/2) which presents Henderson’s stable with two of the top three in the market and his recent wind operation may see him improve sufficiently to do better than when finishing 5th on his seasonal reappearance in the International Hurdle and then falling to Ballyandy by a nose in the Unibet Hurdle.

Further down the field, one horse that may be being overlooked in the betting is Darver Star (16/1). His trainer, Gavin Cromwell, won this race last year with Espoir d’Allen and he looks to have another potential good thing this year. His last two races have seen him beaten half a length by the unbeaten Honeysuckle and finish four lengths off Envoi Allen and Abacadabras. The form is absolutely rock solid and when placing it against the horses shorter in the betting than him, he could provide superb value.

The Prestbury Cup looks set to make its way to Irish soil this year and Willie Mullins can play another big role in that as he appears set for yet another excellent Cheltenham Festival. He is the most successful trainer at the Festival with 65 winners and has landed the leading trainer award on six occasions, with a seventh in the offing here.

Mullins can end day one with at least one winner under his belt and that could come in the form of Cilaos Emery. Mullins was desperate for Benie Des Dieux to be supplemented into this race but that did not happen and he will have to hope that Cilaos can do the business. He has won four of his last five races and should go close while Darver Star also makes great appeal as an each-way selection at a bigger price and it would not be a huge surprise if Gavin Cromwell trained the winner of this race for a second successive year.