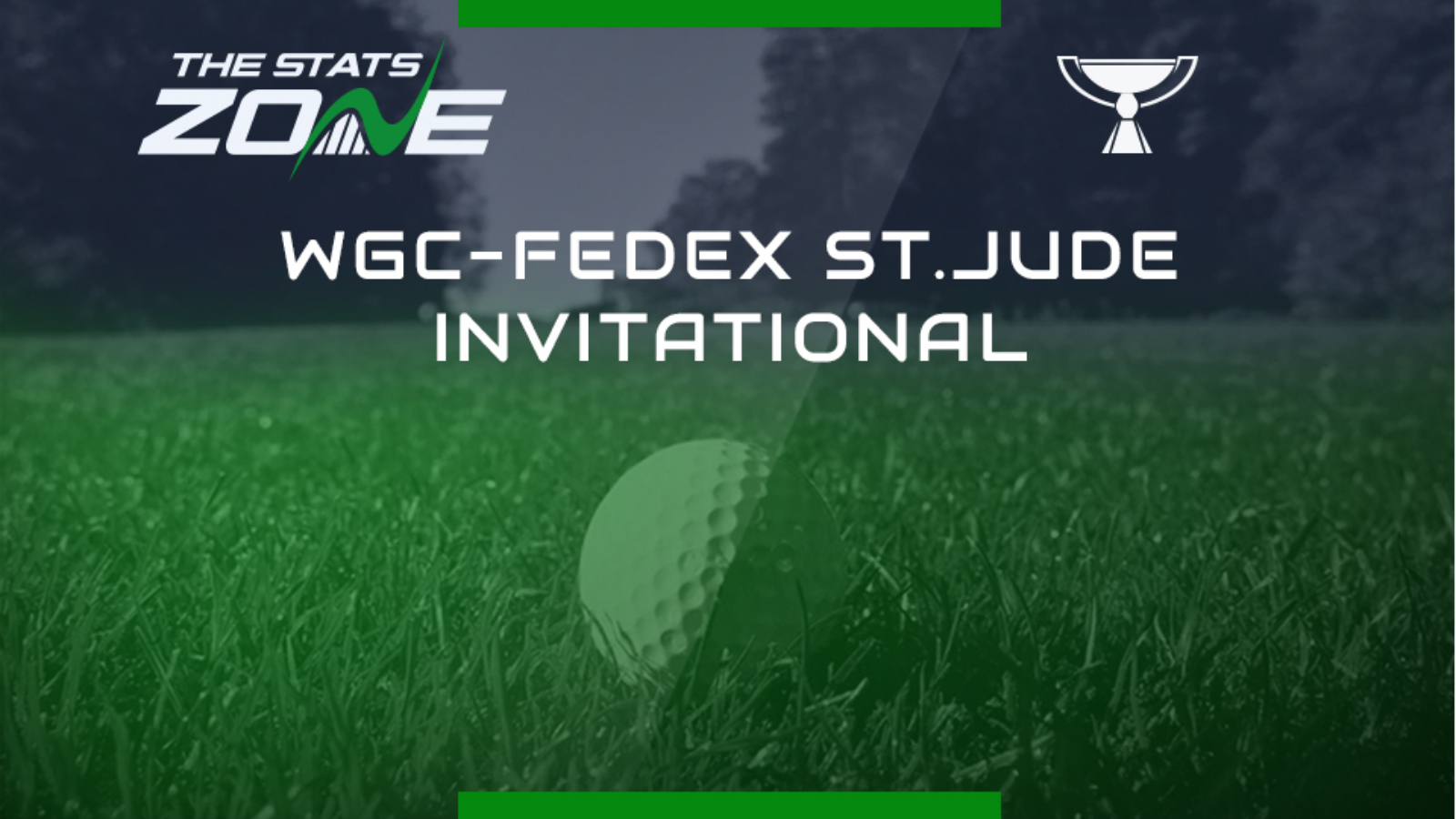 What television channel can I watch the 2019 WGC-FedEx St. Jude Invitational on in the UK? Sky Sports Golf

Where can I stream the 2019 WGC-FedEx St. Jude Invitational in the UK? Sky Sports subscribers can stream the tournament online via Sky Go

Where can I get tickets for the 2019 WGC-FedEx St. Jude Invitational? https://www.pgatour.com/tournaments/wgc-fedex-st-jude-invitational/tickets.html

What is the course yardage at TPC Southwind? 7,244 yards

What is the par at TPC Southwind? 70

What is the course information for TPC Southwind? The former dairy farm southeast of Memphis takes a step up as a World Golf Championships host following 30 years as the site of the FedEx St. Jude Classic. Architect Ron Prichard teamed with former U.S. Open champions Hubert Green and Fuzzy Zoeller on a layout that winds through natural lakes, streams and ponds.

What is the predicted weather for the 2019 WGC-FedEx St. Jude Invitational? Mostly sunny and low winds throughout the four days with temperatures consistently around 26c, making ideal for scoring conditions. 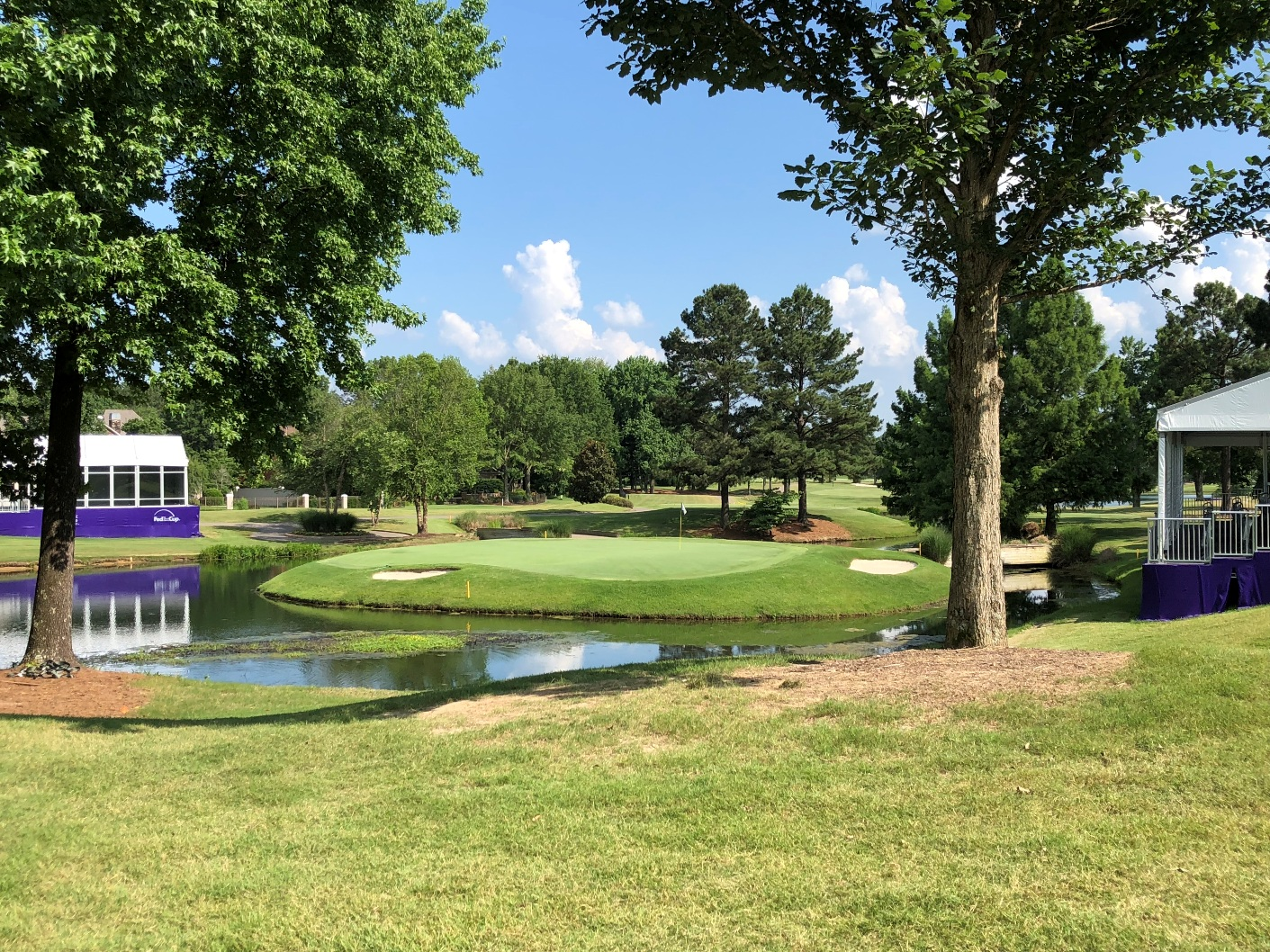 The WGC Invitational has changed to a new title sponsor for 2019 onwards with FedEx as the new promotor having previously being with Bridgestone since 2006. This has resulted in the St. Jude Classic – a regular event on the PGA Tour since 1989 - being taken over as the new WGC host being played around the same venue, TPC Southwind.

TPC Southwind is a relatively long par 70 but with holes that are laid out in front of the player with no blind plays, hidden hazards or overly dangerous holes, it is a course that all styles can perform well around which should make for an exciting week. 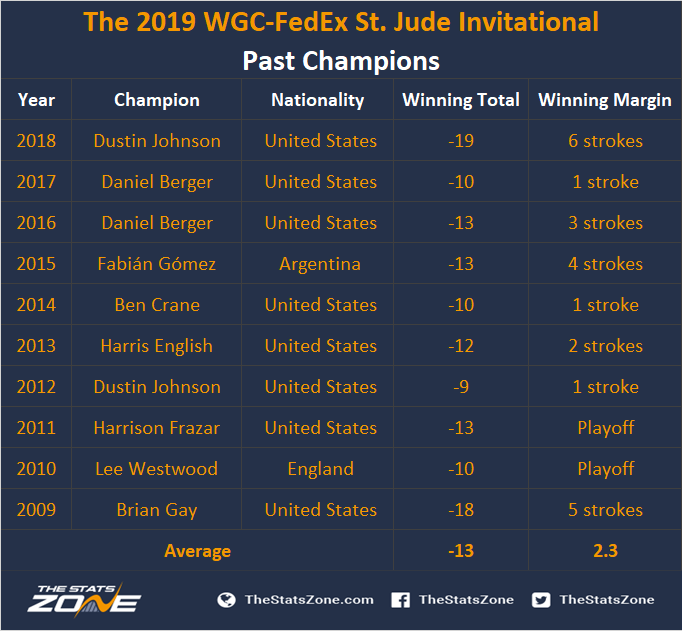 Dustin Johnson has won twice on this layout since 2012 with Daniel Berger claiming back-to-back titles in 2016 and 2017. With an average winning total of 13 under, scoring has varied with last year's winner shooting the lowest winning total since 2003 – a score that has only been bettered on three other occasions – while in 2012 the same player won with one of the highest scores in the tournament’s history.

The world number two continues to have a quiet year with just the one win so far and two modest finishes in the final two majors of the year having finished runner-up in the first two. Nevertheless, Johnson claimed his sixth WGC title in this year's Mexico Championship, taking his total to six – the second best of all time. Dustin must be one of the favourites for this statistic alone, however he has also won twice (2012 & 2018) around this course in the St. Jude Classic alongside a fifth-placed finish in 2016, making him a genuine course specialist. Ranked fourth in strokes-gained total shows his all-round game is in great shape and another win is arguably on the horizon – expect him to be right up there come the end of play Sunday. 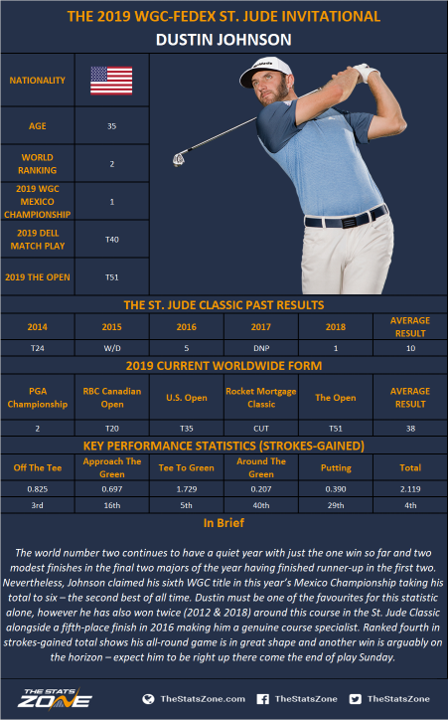 The Northern Irishman will have been bitterly disappointed having missed the cut during last week’s Open that returned to his home country for the first time in over 60 years with him having played some part in that decision. As well as being a national hero, his emotions shown after his heroic Friday 65 score will have earned him many new fans. Regardless, McIlroy will have been hurting over the weekend and will have likely headed back to America early to aim to get back on track and move full steam ahead. As a 16-time PGA Tour winner and already one of the greatest players in golf's modern era, he is at his best when he has a point to prove, and that will be as strong as ever in his own eyes. Expect him to come out firing and take this tournament by the scruff of the neck showing why he is the best player – at least statistically – in the world this season. 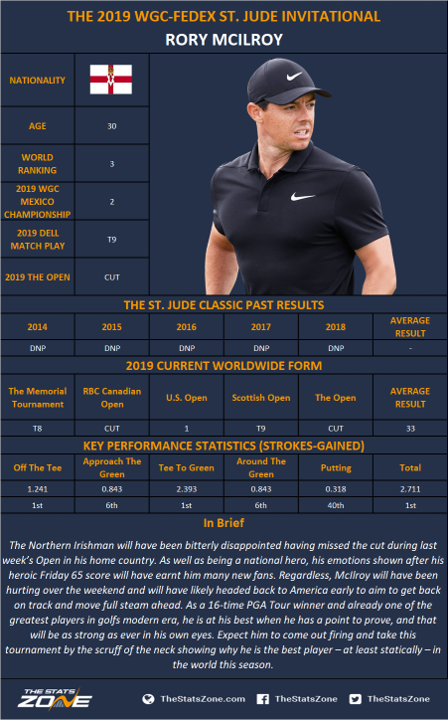 A T4 finish at last week's Open meant he finished inside the top five for all four majors this year, making him just the sixth player in history to achieve this feat. Remarkably, he was one of the worst putters in the field last week and still put himself into contention to win a fifth major, demonstrating how good the rest of his game is. It is well documented that Brooks has won just once on the PGA Tour outside his four major crowns and he has even gone on record to say that he only bothers to truly practise for the big ones. With the WGC coming so quickly, his game and competitive edge will still be in form and this is a golf course that will allow him to attack with freedom. This is one of the biggest tournaments in the world outside the major championships, so he will be looking to contend this week. 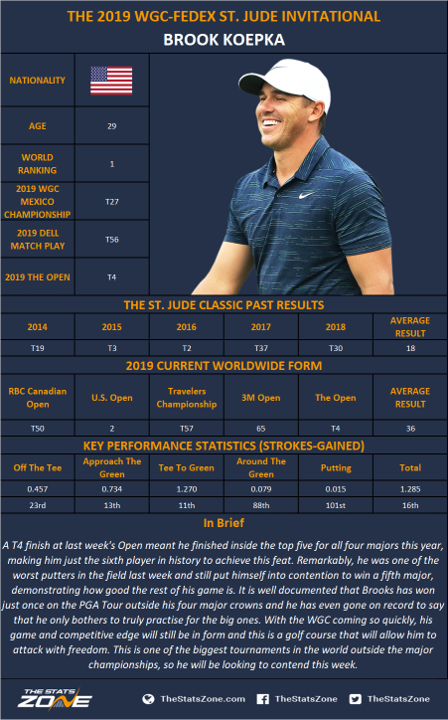 The former FedEx Cup winner has five PGA Tour victories to his name since 2013, suggesting he knows how to win and win big. With 11 top-25 finishes and just two missed cuts from 22 starts this season, his game has been extremely consistent without really being in contention. Nevertheless, he heads to TPC Southwind – a course that he has performed well around over the years (three top-tens in his last four starts here) – in solid form. Missing the cut last week may have also helped him to prepare for a tournament he will know is a great opportunity having had such strong results in the St. Jude Classic. His all-round game is in solid shape – hence his consistent results this year – without any facet really standing out. If he is to contend this week, he will need to drive the ball better where he ranks 114th SG: off the tee, if he is to give himself plenty of birdie looks. 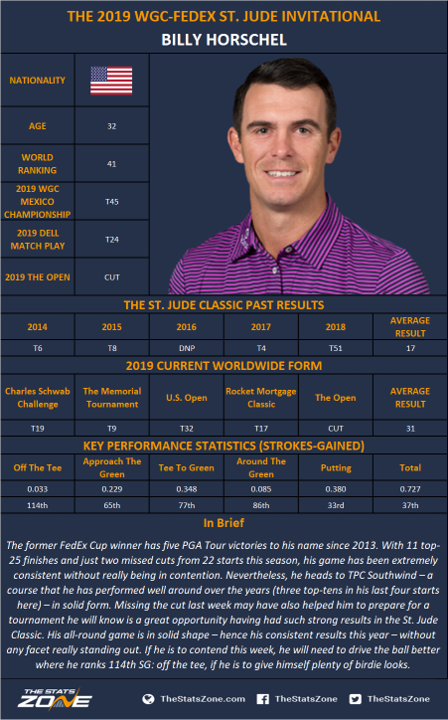 The young, fiery Englishman recorded another top-ten finish in a major last week, finishing in a tie for sixth, and heads to Memphis in good form having finished inside the top 15 on his last two international starts with three top-tens coming in his last seven on the PGA Tour. This will be the first time Hatton has played around TPC Southwind but as a course where accuracy has been rewarded with past winners, the typically shorter hitter should be well placed. Adapting to the much quicker greens after last week's slower links ones will be his biggest battle as he currently ranks 112th in SG: putting, so he will need to find his pace early if he is to continue his run of high finishes and potentially record a first international win since 2017. 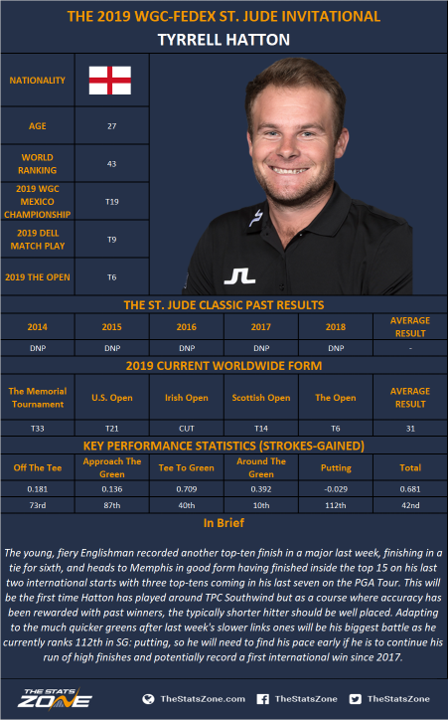