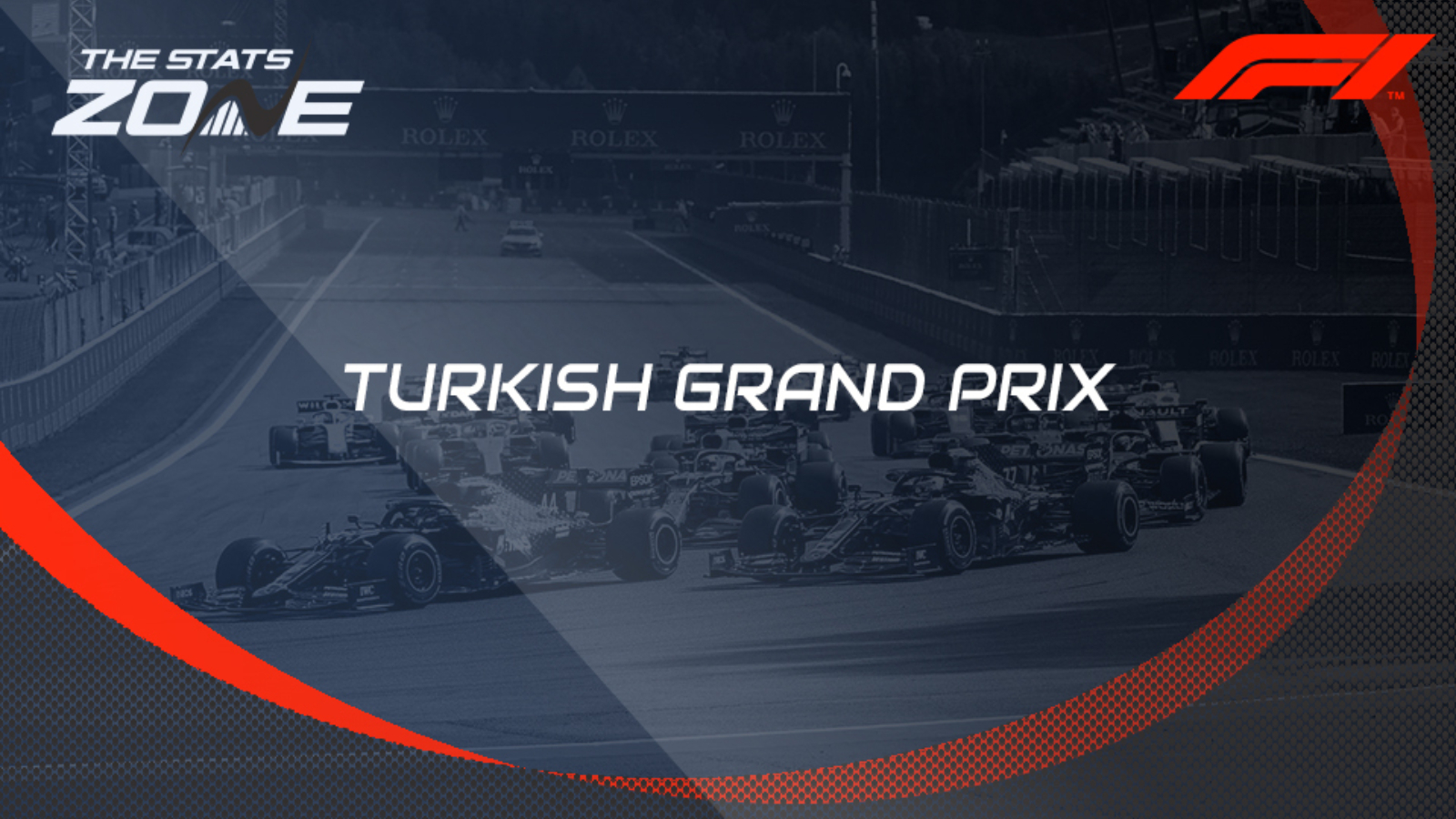 What is the expected weather for the weekend? Temperatures will range between 18 and 20c during the weekend but showers are also expected during both days

Where can I get tickets for the Turkish Grand Prix? Ticket information for all races on the F1 2021 calendar can be found here

What channel is the Turkish Grand Prix on in the UK? Both the qualifying and race will be televised live on Sky Sport F1

Where can I stream the Turkish Grand Prix in the UK? Sky Sports subscribers can stream the qualifying and race live via Sky Go

Who won the 2020 Turkish Grand Prix on? Lewis Hamilton – Mercedes

Lewis Hamilton edged in front of Max Verstappen at the top of the Driver Standings thanks to a win at the Russian Grand Prix last time out but he had compatriot Lando Norris to thank for that. Norris was leading and looked set to earn his maiden GP success until he opted against pitting late in the race and the wet weather got the better of him as he span out of contention. Hamilton was then able to ease to the win with Verstappen a long way back in second as the duo continue to fight it out for the Championship. There is little to split the pair here but with rumours circulating that Hamilton could opt to take an engine penalty this weekend, Verstappen looks capable of adding to his seven wins so far this season.