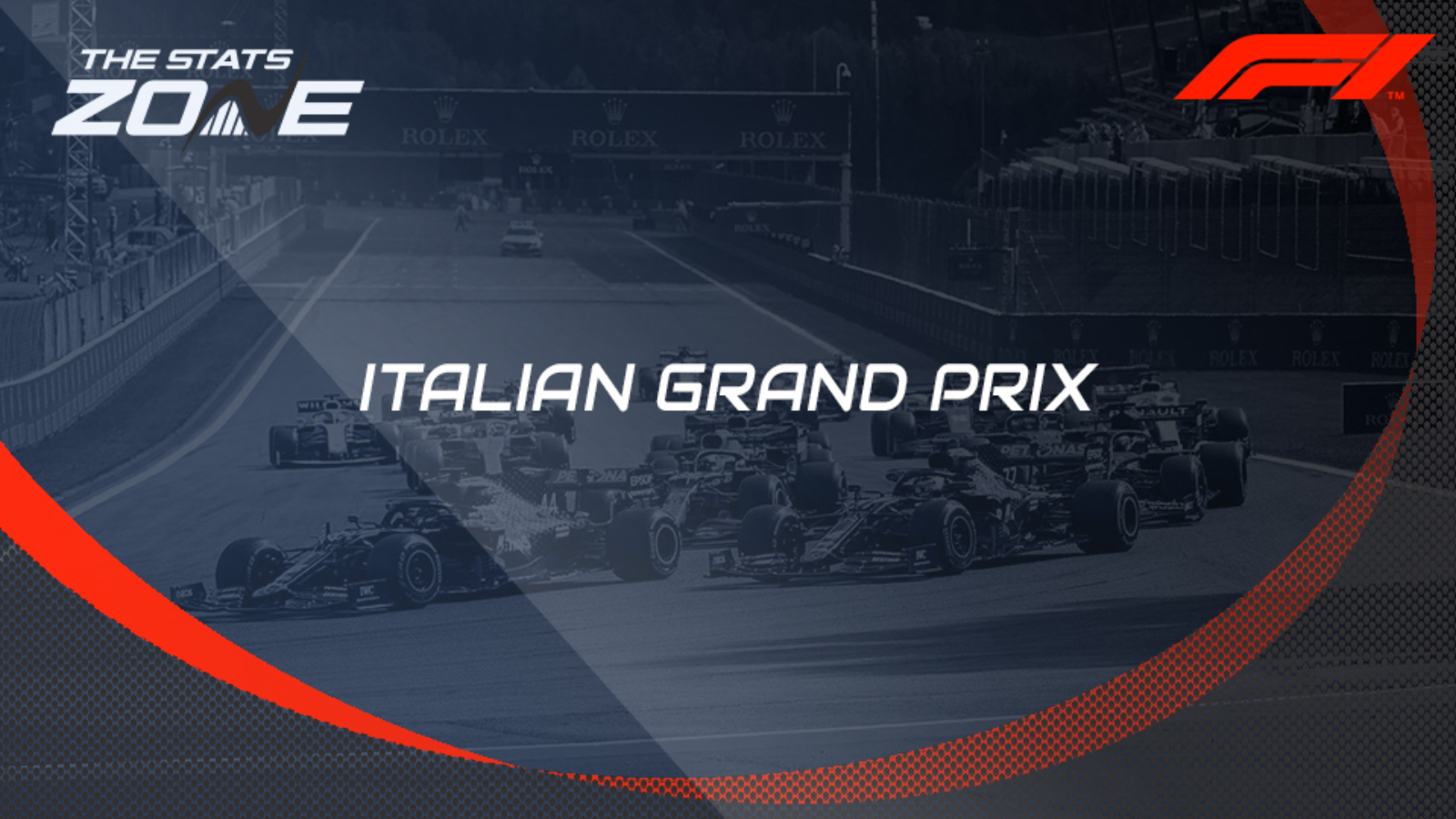 What is the expected weather for the weekend? 29-30c over the course of the weekend in sunny skies

Where can I get tickets for the Italian Grand Prix? Ticket information for all races on the F1 2021 calendar can be found here

What channel is the Italian Grand Prix on in the UK? Both the qualifying and race will be televised live on Sky Sport F1

Where can I stream the Italian Grand Prix in the UK? Sky Sports subscribers can stream the qualifying and race live via Sky Go

Who won the 2020 Italian Grand Prix on? Pierre Gasly – AlphaTauri-Honda

Max Verstappen made it back-to-back Grand Prix victories as he followed up his success at the Belgian GP with a win on his home circuit, taking out the Dutch GP last week. His seventh win of the season saw him regain the lead at the top of the Driver Standings and the Dutchman will be looking to build on that lead in Italy. Rival Lewis Hamilton has won this event five times but he has failed to do so in either of the last two years and with Verstappen looking dominant last week, the competition leader can record another victory here.