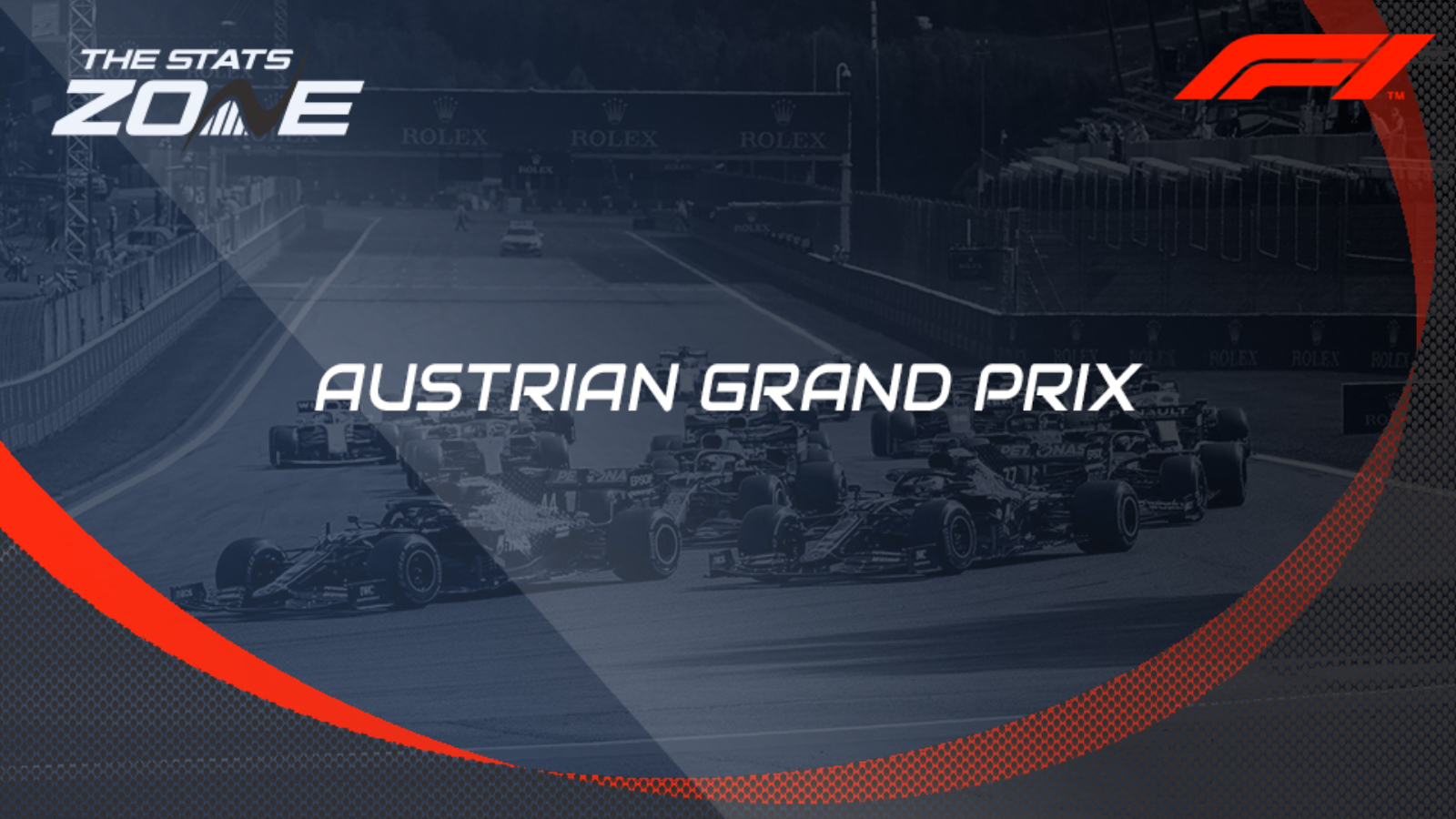 What is the expected weather for the weekend? Temperatures between 22 and 23c in mostly cloudy skies, although some rain could hit during the race

Where can I get tickets for the Austrian Grand Prix? Ticket information for all races on the F1 2021 calendar can be found here

What channel is the Austrian Grand Prix on in the UK? Both the qualifying and race will be televised live on Sky Sport F1

Who won the 2020 Austrian Grand Prix on? Valtteri Bottas – Mercedes

Max Verstappen made it back-to-back wins thanks to a victory in last week’s Styrian Grand Prix and he will now go in search of the hat-trick in another race that his Red Bull side will be desperate to win. Back at the Red Bull Ring for the second week in succession but this time for the Austrian Grand Prix, Verstappen will look to further extend his lead at the top of the drivers’ championship standings. He has been consistently good all season and with his pace shining through last week, a repeat performance is on the cards here.