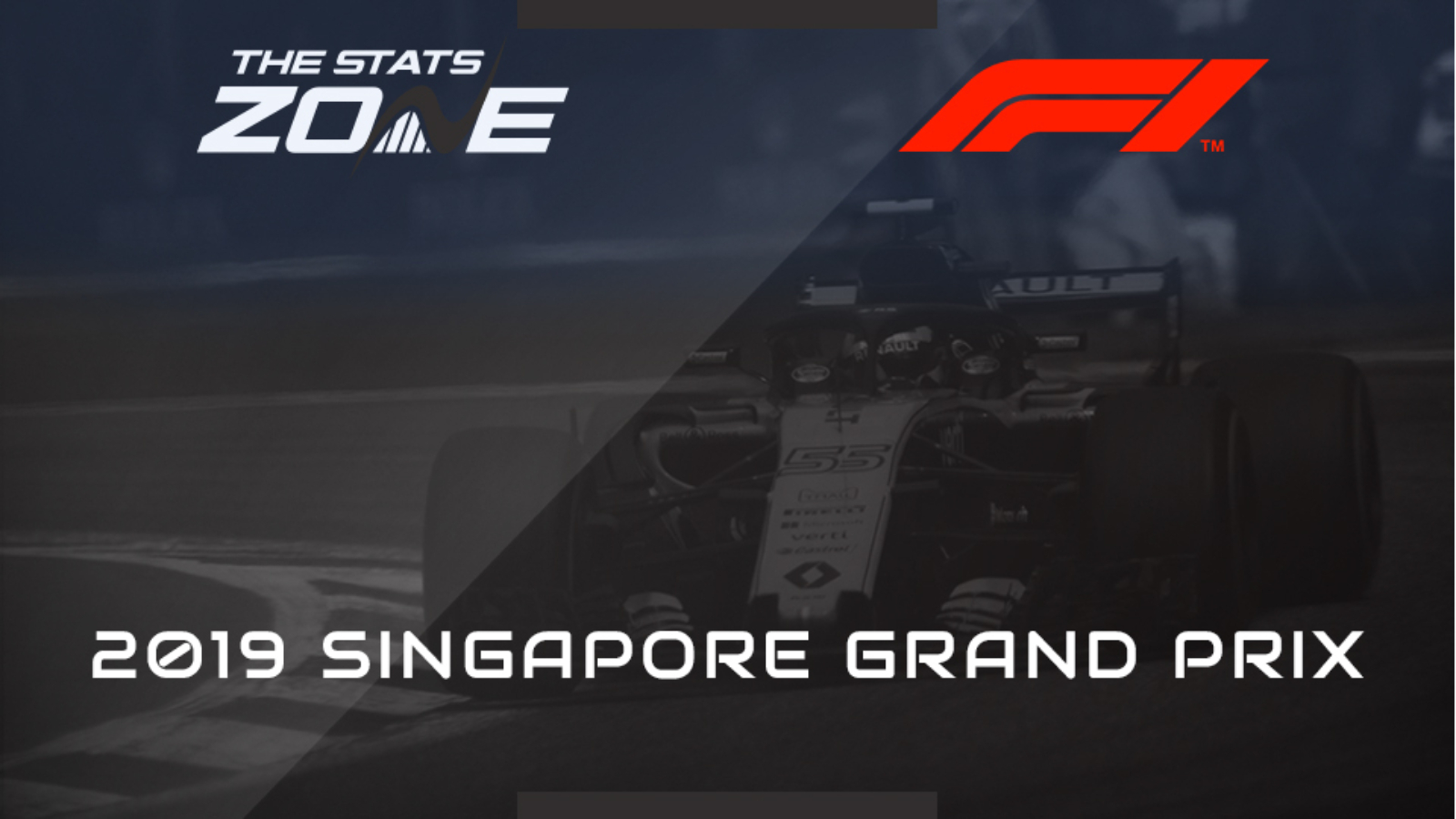 When does qualifying begin for the Singapore Grand Prix? Saturday 21st September 14:00 (UK)

When does the race begin for the Singapore Grand Prix? Sunday 22nd September, 13:10 (UK)

What is the expected weather for the weekend? 31c for race day, hot and humid.

What channel is the Singapore Grand Prix on in the UK? Both the qualifying and race will be televised live on Sky Sport F1

Where can I stream the Singapore Grand Prix in the UK? Sky Sports subscribers can stream the qualifying and race live on Sky Go

Where can I get tickets for the Singapore Grand Prix? https://tickets.formula1.com/en/f1-3301-singapore

Who won the 2018 Singapore Grand Prix on? Lewis Hamilton (Mercedes) 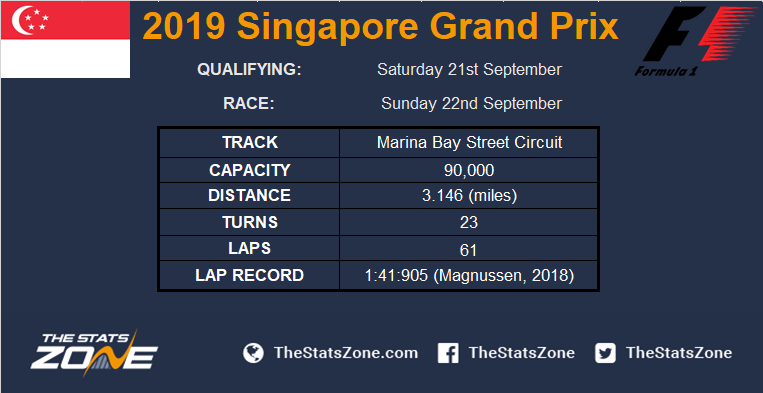 Charles Leclerc drove an astonishingly composed and mature drive to hold off massive pressure from both Mercedes drivers and win the Italian GP, which was Ferrari’s first win at Monza since 2010. Leclerc has now emerged as a Ferrari legend and the de facto team-leader. Now the action moves to Singapore.

The Singapore street circuit, illuminated by 1600 lights at night, is not only the most spectacular but also one of the most challenging. It has little in the way of run off areas and even the slightest mistake or lapse in judgement is heavily punished.

As F1 arrives in Singapore, Mercedes have a massive 154-points advantage in the Constructors Championship and Lewis Hamilton has a 64-point lead in the Drivers’ standings. A possible sixth title for Lewis Hamilton is looking ever more likely.

Under pressure Sebastian Vettel has now been overtaken in the Drivers’ Championship by Leclerc, who is 13-points ahead of his more experienced team-mate and there is a sense of a changing of the guard at Ferrari. Vettel desperately needs a strong performance here and cannot be underestimated as the four-time champion is a Singapore specialist.

Redbull should be more competitive in Singapore and the team most likely to take the battle to Mercedes. However, after two relatively weak circuits for Mercedes, in Spa and Monza, the Silver Arrows should be back in unstoppable form under the lights of Singapore.

Despite taking place at night, temperatures will still hit 30 degrees and can be well over 50 degrees in the drivers’ cockpits. Marina Bay in Singapore is a bumpy, twisty track which requires downforce rather than power which plays into Red Bull's hands and they could be in with a shot, while historically Vettel has thrived in Singapore. However, Lewis Hamilton can reassert his dominance here after two races without a win.