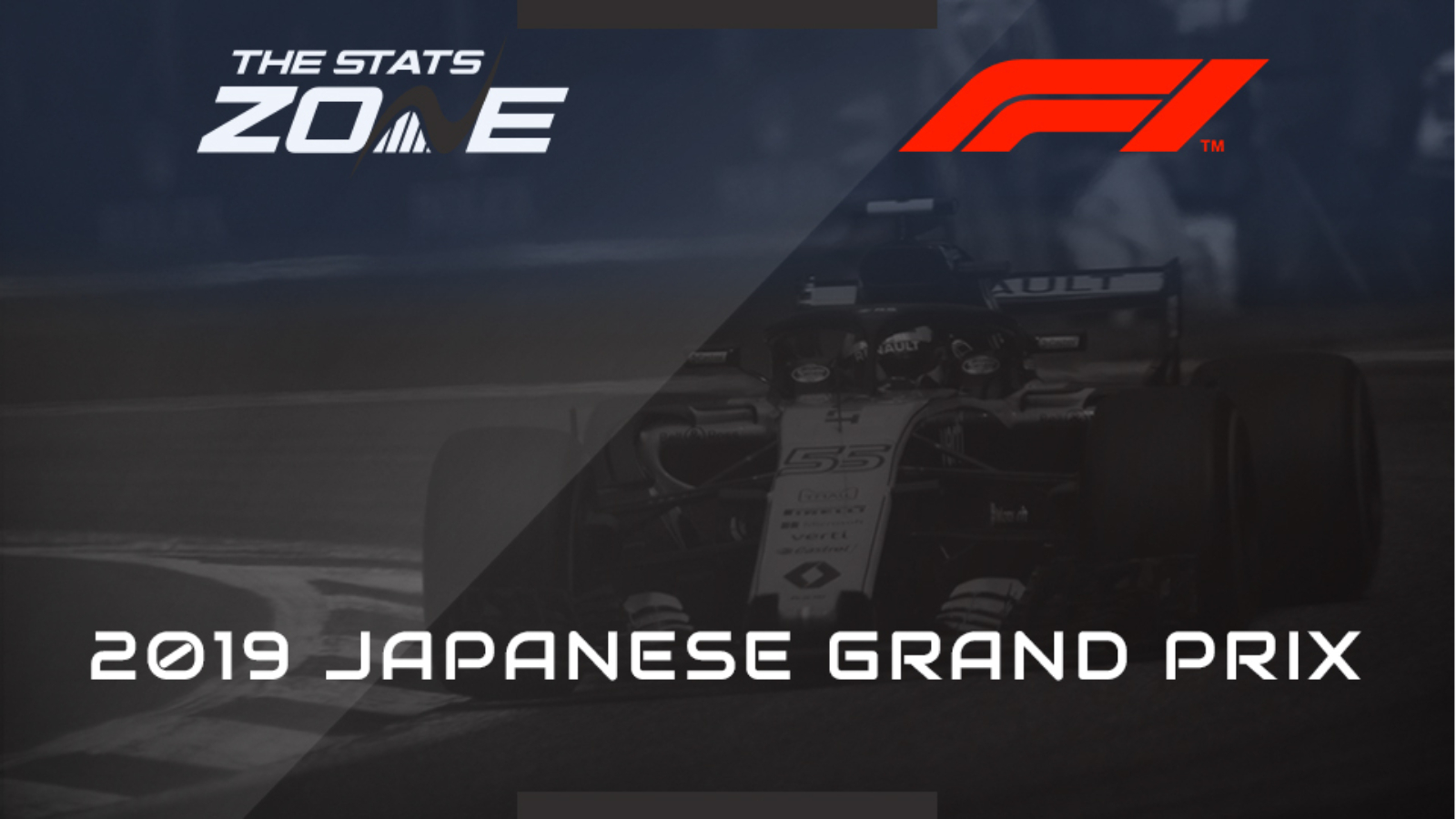 When does qualifying begin for the Japanese Grand Prix? Saturday 12th October, 07:00 (UK)

When does the race begin for the Japanese Grand Prix? Sunday 13th October, 06:10 (UK)

What is the expected weather for the weekend? 17c for race day, sunny and cloudy.

What channel is the Japanese Grand Prix on in the UK? Both the qualifying and race will be televised live on Sky Sport F1

Where can I stream the Japanese Grand Prix in the UK? Sky Sports subscribers can stream the qualifying and race live on Sky Go

Where can I get tickets for the Japanese Grand Prix? https://tickets.formula1.com/en/f1-3309-japan

Who won the 2018 Japanese Grand Prix on? Lewis Hamilton (Mercedes) 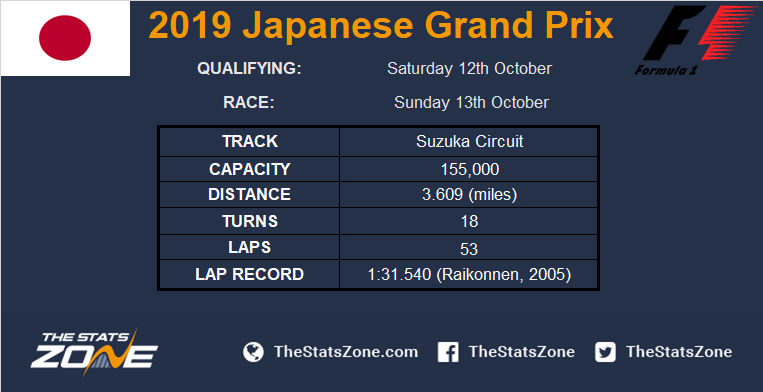 Following an unlikely victory in Sochi, Lewis Hamilton is now on the brink of winning his sixth title. Mathematically, Hamilton could secure the title in Japan but more likely he will claim the drivers’ crown in Mexico. Mercedes should, however, wrap up the Constructors Championship this weekend in Suzuka.

Heading to Japan, Ferrari appear to be unable to manage their drivers, with tension and infighting building. In Russia, the Ferrari pit wall seemed more concerned in finding a way to give first place back to Charles Leclerc, when Sebastian Vettel was clearly the faster driver. Ferrari must control the fall-out from the Russian controversy and focus on winning.

After establishing something of a winning streak, Ferrari shot themselves in the foot once again and lost a race they should have won. There is a danger for Ferrari that Vettel and Leclerc will break, and their battle for supremacy could not only harm their chances in Japan and the remaining races of the season, but more critically their 2020 campaign.

The Japanese GP takes place over 53 laps at the 5.8km Suzuka International Racing Course. It is an exciting circuit which features a figure of eight course layout. Overtaking can be extremely difficult at Suzuka and any mistakes can easily send drivers into the barriers. Suzuka is probably second to Monaco as the hardest track for overtaking, so qualifying will be vital.

Red Bull Honda will be wanting to put on a strong show for Honda’s home race. Since the summer break, they have fallen further behind both Mercedes and the resurgent Ferrari. On a twistier circuit they should be more competitive this weekend.

The Japanese GP should be a close battle between Mercedes and Ferrari, with Red Bull hopefully in the mix. Lewis Hamilton loves Suzuka and it will be hard to bet against him, with Mercedes dominating the Japanese GP in recent years, winning every race since 2014.

However, Ferrari know they should have won four-on-the-trot and should be very competitive in Japan. Given how hard it is to overtake at Suzuka, it will likely come down to who grabs pole position. Ferrari could be fighting a battle on several fronts with the media interest surrounding their team dynamic not helping things, but Hamilton and Mercedes' Suzuka dominance in recent years will take something special to break through.